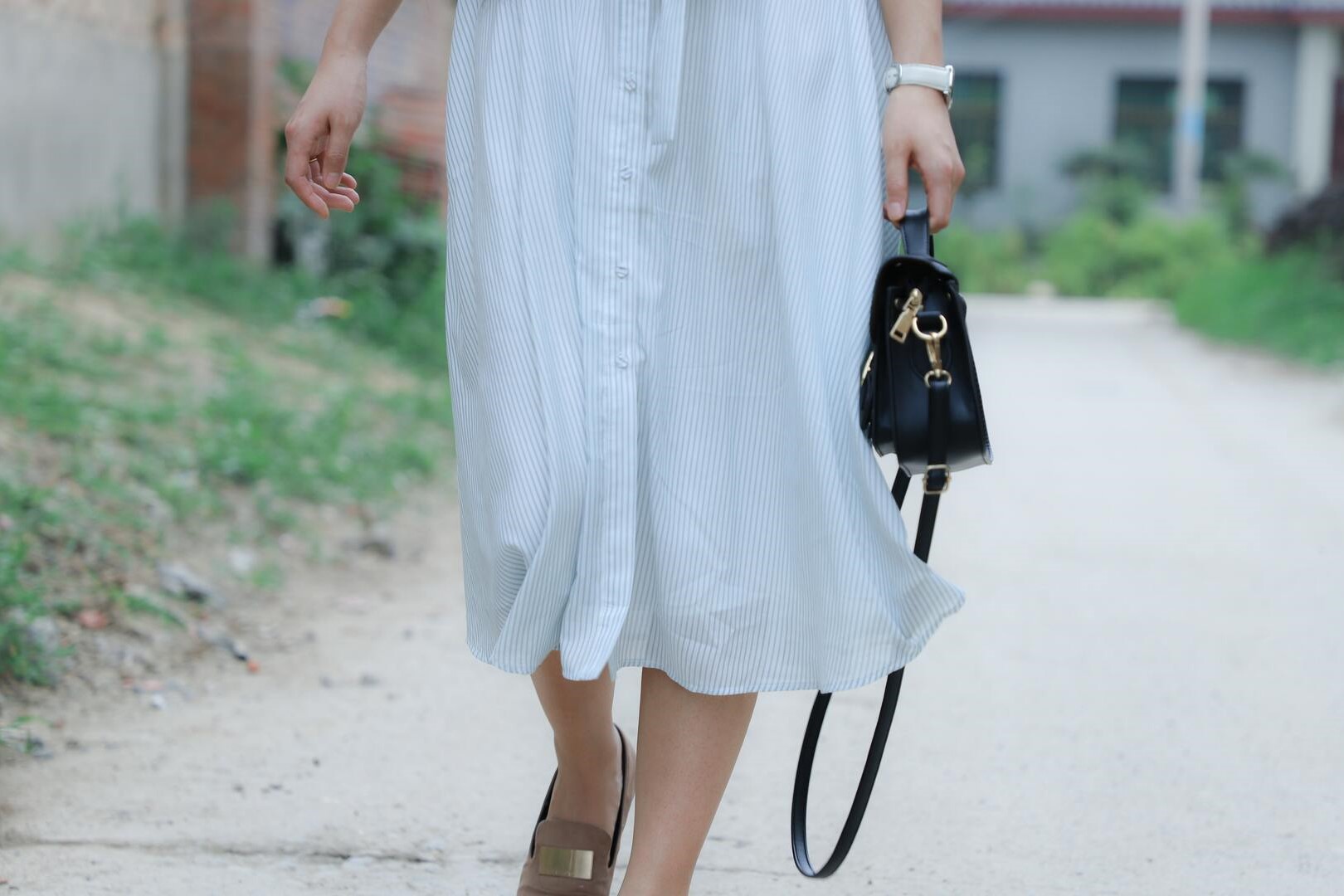 The actual white skirt I had was straighter and shorter.

Over the years, especially when I was in college and starting out in my career, I had my share of car trouble. But why, I still wonder, did the most dramatic incidents happen when I was wearing a white skirt and heels? The white skirt eventually became infamous to a point at which I refused to wear it when I was driving my car over 30 minutes away. But I was in love with the heels–very high and spiky, tricolor lizard in blue, violet, and green–so I kept them longer.

The incident that led me to ditch the skirt occurred in the mid-1980s as I was driving the Honda Accord home ...

When my 1969 Toyota Corona had a flat tire, I was dressed in the skirt and heels, ready to go out. Later, the same thing happened to my 1981 Honda Accord. That time I foolishly thought I could change the tire myself, only to discover that the lug nuts had been tightened using an air-driven tool. Even when I attached the lug wrench to a nut and stomped on the wrench handle as hard as I could, no luck. I had to call for service.

The incident that led me to ditch the skirt occurred in the mid-1980s as I was driving the Honda Accord home to Palo Alto from a Saturday afternoon party in Martinez. For those not familiar with Bay Area geography, this is an almost 90-minute drive. At the time, the Dumbarton Bridge, the closest to Palo Alto, was in disrepair, so I elected to use the Bay Bridge to cross from Oakland, go through San Francisco, and down the Peninsula.

Right as I approached the Bay Bridge, I noticed the car radio volume getting lower and the dashboard starting to dim. After I crossed the bridge and headed south, I could tell something was wrong, but if the car would operate for about 40 more minutes, I could make it home.

Unfortunately, as I drove down the freeway to the town of Belmont, the car began to slow down. I was still 20 minutes from home. I pulled to the side and saw a call box. No cell phones then. The dispatcher sent a tow truck, driven by a man with the build of the Hulk. After hooking up the Honda, he helped me climb into the passenger seat (that skirt was tight), and we dropped the car off to my trusty Honda small car repair shop, just a few blocks from my house. I hobbled home on my spike heels. It could have been worse; I kept thinking about what might have happened if the car had stopped on the Bay Bridge.

That Monday, the repair shop found that the Honda’s alternator had failed, and they replaced it. My luck, a few months later, the transmission failed, and I decided to replace the car. That breakdown was the last time I drove in those heels, and ever since then, I keep a pair of old running shoes in the trunk, in case I ever need to walk home again.