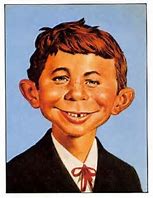 I’ve always been honest. To a fault. I’ve never lied about anything — my age, my height, my IQ, my sexual prowess, or why, as a teenager, I threw up in my mother’s rose bushes, stuff like that.

...all fiction writers are liars.

When my friend and I got stopped for driving his dad’s pickup around town after midnight, I told our town cops, “Oh, no, I’m just too young to have a license.” There, honesty was the best policy. They let us go. Maybe it was because I wasn’t driving and my friend’s dad was the head of the town council. Who can say?

And of course I simply withheld the truth about whether or not I’d had sex lots of times before the first time I had sex. Why waste words with the comely, worldly-wise teenager from New York City, who had lured me into the forest behind the summer camp. I never understood why, after our passionate and bucolic tryst, she said, “I knew it.”

“Never mind,” she said as she stepped over my pine-needled and satiated body and slid into her bell bottoms. What could she possibly have meant?

I sure was surprised though, when I trooped into the same bar with my older pals and they told the bartender that we were celebrating my 21st birthday (the drinking age back then; I don’t know what the drinking age is now. I haven’t been carded in a while. That’s the truth, too.) The bartender threw me out, even though I really was 21 now.

Then there was the time I got caught shoplifting a torque wrench from Sears Roebuck. Craftsman tools were the absolute best and you could only get them at Sears, so what else could I do? I told the security guard that the tools were for the revolution. I felt so wronged when he called the pigs who took me down to the precinct station and booked me. Didn’t they understand that the people’s passion for radical social change was burning like a prairie fire and that we had to seize the time?

I could go on. However, suffice it to say that through my whole, long life, honesty has always paid off for me. It’s that simple. Of course, I must confess that I am prone to writing fiction and, if you think about it for a hot New York minute, you have to conclude that all fiction writers are liars. And that’s the truth.

14 Responses to Honest to a fault