Prompted By How We Met
5 comments. 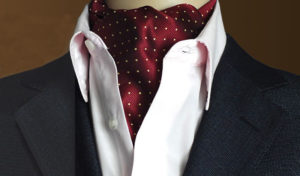 In the early 70’s when I first came to Palo Alto California to attend school my parents offered to help with my living expenses. I thought I had a handle on getting off to a great start when I convinced my parents that rent was considerably higher in Palo Alto than it was in the small coastal town I hailed from and ended up renting a room in none other than The Cabana Hyatt House which was the very same place The Beatles stayed when they performed in San Francisco at Candlestick Park, August 29th, 1966. Things seemed to be going just fine until my parents received the monthly bill that unfortunately included a monogram seal complete with an image of the opulent Cabana Hyatt House on the letterhead. It’s safe to say; after my father saw the invoice and letterhead my next living arrangements were not as opulent not to mention shortly thereafter. But this story on the other hand takes place prior to my need to seek different living arrangements.

Needless to say, daily life at a poolside cabana was easy to accept, albeit short lived. As a young man fresh out of high school I found the good life pleasant in deed. Included with such living arrangements were the many amenities some of which were the many wedding receptions held out by the pool. It didn’t take long for this college kid to realize that if I dressed the part all I had to do was smile, say “Good day”, and make small talk being sure to ask, “Don’t the bride and groom look just lovely!” at the same time being sure to avoid questions like, “Where do you know the bride and groom from?” As long as these basic rules were adhered too there was as much free food and drink as anyone could ever ask for and the best part of all, an endless amount of beautiful ladies and there was never a need for a designated driver.

One beautiful Sunday morning I woke up feeling the warm summer sunlight shining in through my window. As I walked over to the window and opened the drapes and looking past the palm brows to see if anything was happening around the pool I thought I had hit the mother lode. Lying around the pool was a whole bevy of bikini clad beauties all working on what were already beautiful tans. Seeing that there wasn’t a male in sight I quickly dressed as suave as I possibly could complete with white slacks, polished shoes, a well pressed dress shirt and polished it all off with an ascot and slicked back hair. As far as I was concerned I was the Pièce De Résistance.

On the way out to the pool I thought I would show my dapper side by including a tall glass of orange juice. As I walked along the pool’s edge by the line of beautiful women all of which seemed to be descendents of Venus de Milo (complete with arms), I kept one hand neatly slide into my pants pocket while holding my drink in the other hand in a debonair fashion. Half way down the line I began making eye contact, smiling and making quite talk like, “Good morning ladies.” Things were going just fine until one of the ladies laying on her tummy with her bikini top unfastened at the back and holding onto the front of her top so she could sit up and turnover said, “Hi! What’s your name?” Trying to be as suave as I possibly knew how at the ripe old age of 19 I started to say, “Well hello, my name is Gary” when it happened.

While being distracted by the view as I walked around the pool I neglected to notice the steps leading in and out of the pool that extended out from the pool leading right into my path. One might relate such an activity to that of texting while driving. As the words “Well hello…..” began to come from my lips my foot stepped off into oblivion thus causing me to fall straight into the pool like a giant redwood that had just been sawed down by a lumberjack. In that instance the only thing missing was someone yelling, “TIMBER!”  Attempting to be debonair, suave and dapper somehow seemed to go right out the window or down the drain as it were. Standing up while attempting unsuccessfully to pull my left hand from my wet slacks and yet still holding my glass filled with orange juice and an equal amount of pool water seemed to be the highlight for all who were enjoying the show. I just stood there with my hand still stuck in my pocket while all the ladies filled the air with delightful laughter. As if I had intended to do just such a thing I raised my glass and said, “Ladies.” and then took a drink provoking yet more uncontrollable laughter. Using the steps to walk out of the pool two of the ladies feebly attempting to hold back their laughter asked if I needed a towel to which I replied, “No thank you. It’s laundry day anyway.”  With that I wished them all “Good day” and walked back to my room with my shoes making a squishing sound on every step. I will never forget hearing all that laughter which again filled the air as I closed the sliding door behind me and pulled the blinds having left a trail of dripping pool water all the way from the pool to my room. It wasn’t until I saw myself completely drenched standing in front of the mirror that I saw my ascot had come un-tucked and dangling over my shoulder that I began to laugh uncontrollably. It was a perfect day to stay indoors where I hoped not to be recognized.