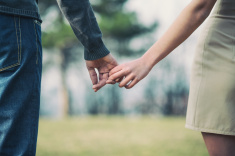 Tall, blonde, blue eyes, lean and strong.  I had been seeing Scott for a week every summer at our strict Christian church’s summer camp since we were youngsters. He lived across the state, and I was close friends with one of his sisters. His family was of Scottish descent, his sisters were all highland dancers and, hand to God, he played the bagpipes.

His sisters were all highland dancers and, hand to God, he played the bagpipes.

The summer after junior high school the magic began. We were returning from a camp outing in the back of an open-air jeep.  And I sat next to him. We each had our hands up on the roll bar, when he reached over with his thumb and stroked the back of my hand. I’ll never be able to fully explain why a lightning bolt went through me. You’d have to understand what a repressed bunch we were, striving within this religious group toward an ideal of purity that we had yet to learn was not just unattainable, but unhealthy to boot. At the time though, the intentional brush of his hand conveyed more than all the Free Love advocates would have dreamed of.

I floated through the remaining days of camp. We surreptitiously held hands down at the lake, or in the outer ring of campers at the evening campfires.  Nobody was fooled, I’m sure. Our church youth groups occasionally met throughout the year, and their family was always pressed into service providing entertainment. I basked in the luminous glow of being his girlfriend. 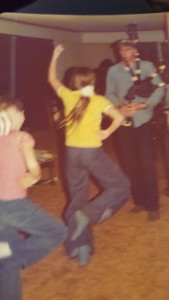 Two years older than me, he went off to the east coast to a military college. When it was my turn for college he swore he’d wait for me. Inevitably, time and distance undermined loyalty and devotion. Plus he found a young woman of his own youth group who was more suitable, presumably more likely to adhere to the religious tenets of our straightlaced group. In hindsight it was by far the best outcome for all concerned. But for a brief few years, I wanted nothing more than to hold his hand.

5 Responses to I Wanna Hold Your Hand