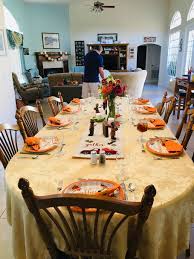 So much promise, so little to show for it.  One’s potential as a niece or nephew depends solely on the number of siblings one’s parents have.  Perhaps some count a spouse’s aunts and uncles as one’s own, but I don’t see it.  While relationships with aunts and uncles continue throughout mutual lifetimes the prime time, in my estimation is in one’s youth, well before one could possibly have a spouse.  So, let’s start with a head count.  Between them my parents had five siblings, all brothers.  Uncle and, perhaps, spousal Aunt possibilities abounded.

So it starts with a headcount. Between them my parents had five siblings. All brothers. Uncle and, perhaps spousal Aunt possibilities abounded . . . . Alas

Alas, I think one must refine one’s list to exclude such possible uncles and aunts who are not alive when one is born.  Uh oh.

My mom emigrated from a small village in Italy, arriving aboard the steamship Patria in New York on March 30, 1916.* 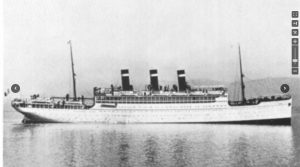 She was not yet two years old, so she would not have realized that her mom was pregnant.  Vittorio arrived, by birth not ship, twelve days later.  My sisters and I had never known that Mom had any siblings until just after her death.  Going through her possessions my sisters discovered a locket with a picture of two young children inside, Mom and Vittorio as it turned out.  But by May, 1917 Vittorio was dead.  Bronchial pneumonia as a complication from measles.* 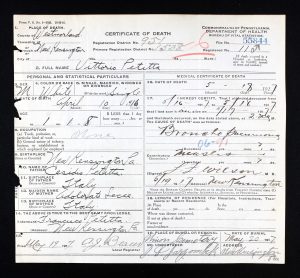 But then, in June 1921, Antonio was born.  Mom might not have remembered Vittorio; she was not yet three years old when he died, but she was close to seven when Antonio was born.  And when he died, two-and-a-half months later.  Tubercular peritonitis.   The same disease that would take her mother four months later.  Antonio’s death certificate* makes clear that he had contracted the disease in utero.  And by surviving him her mother had to bear the grief of his death in her final months knowing that the cause of his death was her last illness. 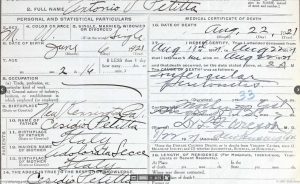 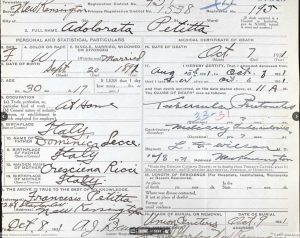 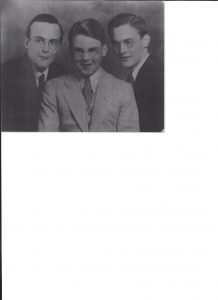 But.  Tom had contracted rheumatic fever as a child.  He recovered, but as a direct result of that illness suffered from a kidney disorder, Bright’s Disease (chronic nephritis).  He lived with it for a number of years, long enough to graduate from college and law school at Cornell.  After law school graduation in 1938 he studied for and successfully completed the New York bar exam and commenced a solo practice.  His mother, my grandmother, served as his secretary.  As Dad tells the story, he settled an estate that produced enough of a fee for him to pay off his college and law school debts.  And in the fall succumbed to his disease.  Not yet 25. 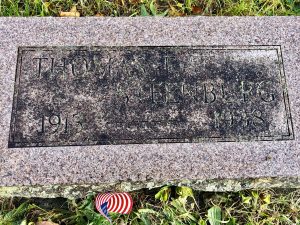 I think my dad never got over losing his brother.  I mentioned last week (Memorabilia prompt, “Lost and Found”) that Dad’s mother’s family tradition was to name the first-born son Thomas, so it would appear that in my naming Dad just followed family tradition.  But I think there was more to that.  I’ve often wondered how it would have been to have known him as I grew up and especially thereafter as a fellow member of the Bar.  But it was not to be.

So, then there was one.  Babe married, Thelma, and they had two children.  Bonanza!  An aunt and uncle and two cousins.  But there was an estrangement.  My Dad never spoke of it.  It just was.  There was no communication.  But I did meet my uncle.  I was driving with Dad in my grandfather’s village – I was probably about nine  years old – when Dad pulled the car over and an unfamiliar man came up to talk to him.  It was Babe.  I don’t remember that Dad introduced us.  Probably did.  And the encounter was brief.  And never repeated.

When my grandfather died the summer before my senior year in college I was unable to attend his funeral because of my work schedule, so I missed an opportunity to properly meet Babe, as well as Thelma and my cousins.  I remember my mother grousing about it afterwards, belittling them about this and that and the other.  And “the penny dropped”.  My dad’s hometown, not far from mine, was a small rural community.  Thelma came from a small village in the North Country of New York, near the Canadian border.  My mom was an Italian immigrant.  For a time during World War II, when my dad was overseas, Mom and my sister Louise lived with Dad’s parents for a time, and Babe and Thelma lived in the same town.  I have the feeling that at best she never felt welcome and more likely felt resented for her ethnicity, her religion and God knows what else.  I don’t know specifics but I do know that Mom had “issues”, shall we say, perhaps many traceable to the loss of her mother and two brothers at a young age and her life with an emotionally distant father.  My guess is the estrangement stemmed from her.

So, possible warm and loving relationships with multiple aunts and uncles was foreclosed by circumstance.  “Collaterals” damage.  But with a warmer ending.

I mentioned my Dad’s death in “Lost and Found”.  I had come to his bedside from my home in Chicagoland, flying into Syracuse and renting a car.  I was to return the same way.  While I waited for my return flight I picked up a local phone directory to see if I could find Thelma’s telephone number.  I knew she was in the area because, having taken care of my Dad’s financial affairs in the last years of his life I knew that he sent Thelma a Christmas card each year (thereby helping to confirm for me my supposition about the estrangement).  I found it, and when I got home late that afternoon I called her.  And we talked for forty-five minutes.  I was so engrossed in the conversation that I hung up without telling her about and inviting her to the memorial service we intended to hold the following Saturday, so I called back to do so.

That weekend as my sisters and I and some of our children gathered with my step siblings and their families I hoped to finally meet Thelma.  My sisters and I stood to one side as people entered, and it turned into a kind of receiving line.  A woman I did not know, a contemporary, approached.  “Tom, I’m your cousin Linda.”  We hugged immediately and hung on to one another.  Linda and I saw one another a number of times thereafter, and I continued to be in contact with Thelma, by cards, Christmas gifts and the like.  But at Linda’s urging I left the timing of a physical reunion (reunion?  The first time can’t be reunion, can it?) with Thelma. Linda told me that her mother had taken it very hard to be denied a relationship with her nieces and nephew, and needed some time.  So I just waited.  Until the day Linda called to tell me Thelma had died.  Denied once more.

But although I never had the nephew experience I succeeded in uncleship.  I enjoy the great fortune to have three nieces and a nephew, who I thoroughly enjoy.  And the privilege of being a favorite Uncle.  (Thanks, Lizzie)

* The scope of genealogical materials accessible online is astounding.

15 Responses to I Wuz Robbed