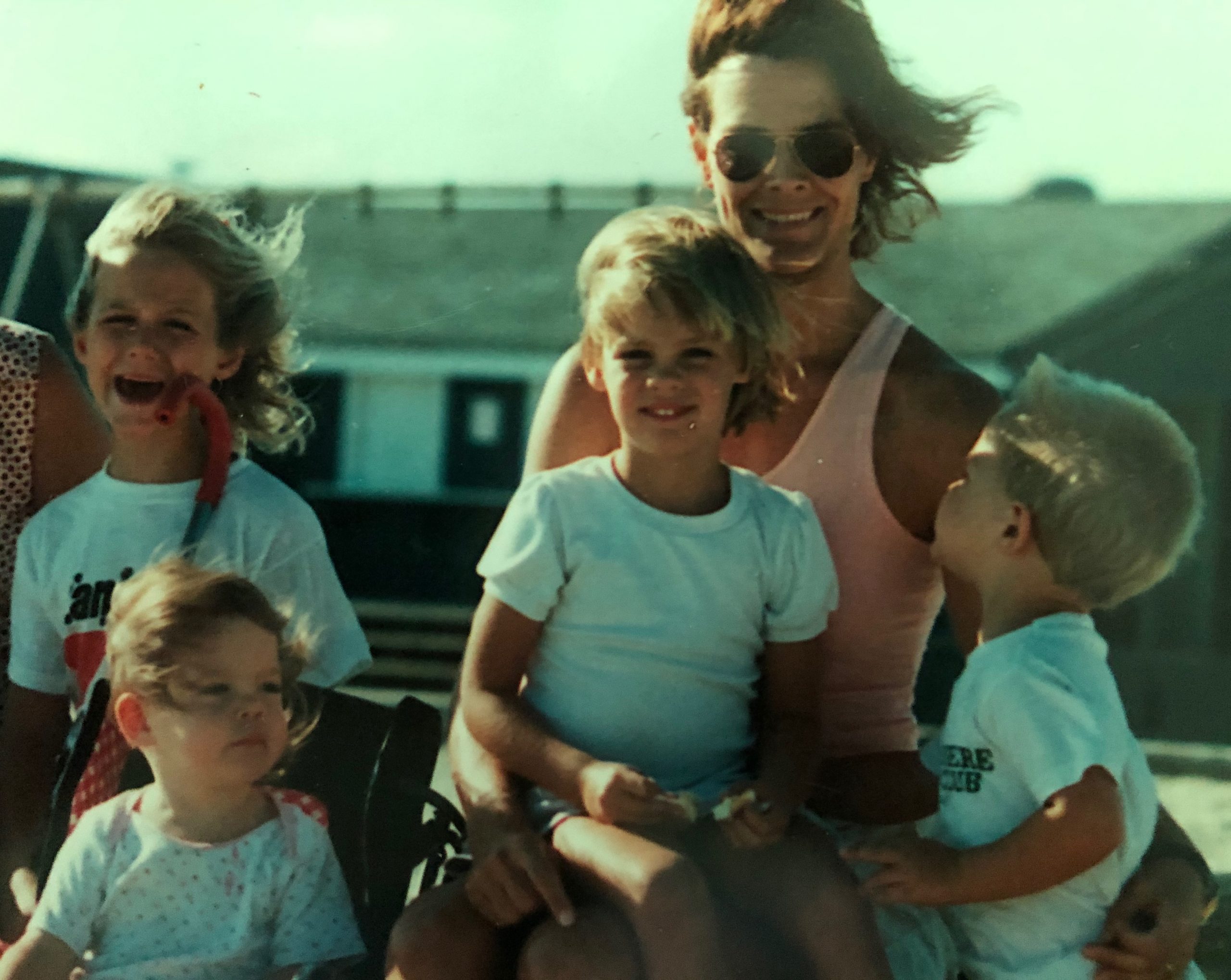 That was my first encounter with Hadley. I held her on my lap the entire time. Having this sunny, beautiful four-month-old niece was a welcome counterweight to my grief for my mom.

The thing about “Aunts and Uncles” is that they’re generational.  As I mentioned (“I Wuz Robbed”) I had only fleeting contact with my one aunt and a mere glimpse of my uncle.  But I’m an uncle.  And my mom and dad had aunts and uncles.  Important aunts and uncles, some of whom I even knew!

I never knew my mom’s Aunt Domenica nor Uncle Francesco, but they were a crucial part of my mom’s life.  First, there was a double bond with mom’s parents, my grandparents: Domenica was my grandmother’s sister and Francesco was my grandfather’s brother.  Not uncommon in small villages in Italy in the early twentieth century.  Second, Domenica became mom’s surrogate mother after my grandmother died when Mom was not quite seven.  I know little about the extended family other than about “Cousin Joey” – I’m not sure of the exact lineage – but he was the golden child of his generation (our generation).  And unbeknownst to me he lived around the corner from me when I lived in suburban Hartford.  I found out only after I had moved away.

My dad was awash in aunts and uncles.  His dad had a brother, Fred.  Don’t know much about him.  Their mom, Lottie, died very young (25) and their dad remarried.  They had a daughter, Mildred, my grandfather’s half-sister.  I knew Mildred.  She was larger than life, to a somewhat literal degree.  A large woman, she and her husband, Walt, never had children, and I think my sisters and I became very special to them.  And such good humor!  And appetite!  Every day Walt would bring her glazed doughnuts.  And a large Hershey bar.  All of which she consumed.  Must have been health food for her because she lived into her late eighties.

Dad’s mom was the oldest of five.  Next in line was Henry Clay, “Clay”, who married Debra Larison, “Aunt Debba”.  There is an early home movie that I treasure taken at a birthday party for Clay that included the extended family.  Dad panned the camera around the dining room to capture the crowd, and the scene includes me sitting on Mom’s lap.  Dad’s father is in the picture, too.  And the guest of honor, Clay.  They look ancient.  It was Clay’s seventieth birthday. (Gulp).  I remember visiting Debba on her farm after Clay’s death. I think I was about eleven or twelve. She was as tiny as Mildred was large, but full of life and energy. I don’t remember that it was a special occasion but my sisters and I were joined by some level of cousins – don’t know about degrees and removes but there were about eight of us.  We had a great time taking turns riding in or pulling a horse cart around and around her house.

The youngest of the five was Nelson, called “Pete”.  He was a noted surgeon at New York Hospital and dad’s mentor as dad followed in his footsteps.  Dad lived with him and his wife, Natalie, for at least some of the time he was in medical school.  My sisters and I got to know Pete and Natalie quite well.  Natalie could be a little sharp but Pete was a gentle soul, very soft spoken.  My middle name is Nelson, after him.

As mentioned in “I Wuz Robbed” I do have the great fortune to have nieces and a nephew. 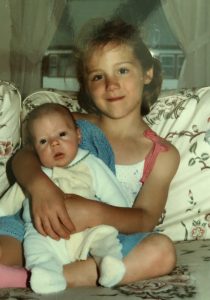 Catherine, the eldest of the bunch, besides being smart and accomplished has genius level emotional IQ.  She also was a gifted athlete in her younger days.  For two consecutive summers when she was eleven and twelve her parents and her sister Lizzie joined my sister Suzie and her two children, Hadley and Connor, and my sons and me at a family camp week at a “Y” camp In New Hampshire.  We all stayed together in one big cabin and had great times all together.  I especially recall a post supper game of “Capture the Flag” involving all of the families there.  Catherine, who was a near-national caliber sprinter, ran circles around all of the boys to their immense frustration.

Hadley, two years younger than Catherine – the same as my son Tom – is particularly special to me.  She was born in the fall at a time when my mother was in declining health due to cancer. Her mom took her to Florida to meet her grandmother in January; the pictures are endearing.  When my mom died in early March Suzie took Hadley to Florida again to join me and my sister Barbara.  As it happened we arrived in Miami at about the same time in late afternoon and were booked on the same puddle jumper to Naples on the Gulf Coast.  That was my first encounter with Hadley.  I held her on my lap the entire time.  Having this sunny, beautiful four-month-old niece was a welcome counterweight to my grief for my mom. 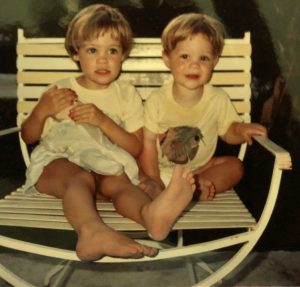 Connor, Hadley’s brother is two years younger than Hadley.  There is a strong resemblance between him and me, so much so that his father’s father remarked on it on several occasions.  He has a special relationship with my older son Charlie.  And with me, due to our shared  enjoyment of genealogical research.  Turns out that his father’s family and my family share ancestry dating from the fifteenth century.

And then there’s Catherine’s little sister Miss Liz.  Lizzie was born after my Mom died and was still quite young when my dad remarried, so to her my stepmom, June, was truly Gramma.  Lizzie was and is Little Miss Spunk.  Why she puts me at the top of her uncle list I don’t know, but I’m pleased.  Lizzie, like her sister, was an athlete, and an even better one.  Taller than Catherine she was a skillful basketball player, but her real forte was lacrosse. She was a third team All-American at Bates. I remember standing on the sideline of a game not far from her opponents’ bench and overhearing the coach instruct her team “whatever you do, stay away from Denver (Lizzie)”.  Sound advice. 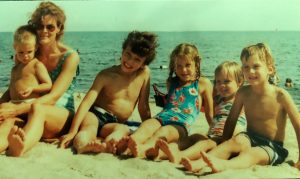 8 Responses to Talkin’ ‘Bout Whose Generation?