Impeachment Then and Now by Kathy Porter
10
(11 Stories) 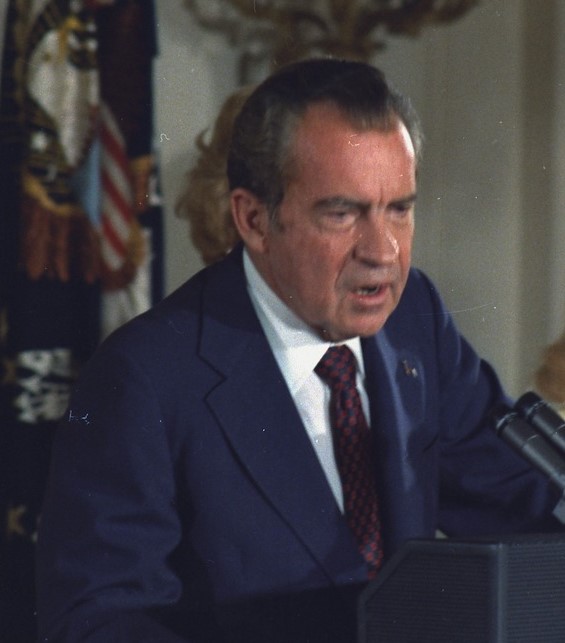 The current impeachment discussion takes me back to 1972 and Richard Nixon. In 1972, I was a very junior staff member on the Senate Select Committee chaired by Senator George McGovern. In case you don’t remember, the 1972 election pitted then-incumbent president Nixon against challenger McGovern. McGovern ended up losing in a landslide – he won only the District of Columbia and Massachusetts (ironically, the place I lived and the state I had just left).

The current impeachment discussion takes me back to 1972 and Richard Nixon.

The Watergate story started as a series of minor articles in the Washington Post. I don’t even remember the earliest ones, probably because they weren’t very consequential. But as the outlines of the story became clearer, we Capitol Hill staffers started following the issue more closely. Those of us working for McGovern were especially interested. During the campaign, as more connections were revealed, we kept hoping that voters would take notice. But we were disappointed. A survey taken by the campaign some time in 1972 asked voters which candidate they thought was the most honest. Respondents overwhelmingly picked McGovern. The survey then asked which candidate they planned to vote for. They overwhelmingly picked Nixon. So, as is true today, the voters knew what they were getting, but that did not seem to affect their vote.

By the time the Watergate hearings convened in 1973, everyone was following them. Although the hearings were being held practically across the street from where I was working, I never got to actually attend any. The lines to get in were long and I still had a job I was expected to do. Over the next year, as the evidence against Nixon built up, Watergate became the subject everyone was talking about, even without the constant news flashes we get all the time now. In those days, we had to wait for the evening paper or nightly newscast to find out what had happened that day.

After the final incriminating tape was released and it became clear that Nixon’s position was untenable, things became very tense in Washington. All kinds of rumors started flying – Nixon was going to call out the military and have tanks surround the White House to protect himself; his supporters would invade the Capitol. Walking to work one day, I passed the Capitol building and wondered what it would be like if the police closed the streets and I couldn’t get home.

I remember very vividly watching on television Nixon’s resignation speech on August 8 and his departure the next day from the White House in the presidential helicopter. For many of us who worked for McGovern, it was a bittersweet moment. We felt as if we had known all along, but no one had listened to us.

Watching another impeachment inquiry reminds me of those days, although some things are very different. In the early 1970s, the country was polarized as it is today, but on different issues – the divide between generations and the fault line created by the Vietnam war. Nixon flouted the law, but he knew what he was doing was wrong, so he kept it all secret. And when his actions were finally revealed, there was enough bipartisan consensus in Congress to force him to resign. What is feels very much the same is the sense of being in the middle of an unfolding political drama of enormous consequence without knowing how it will end.

9 Responses to Impeachment Then and Now

Expats in London: Summer of ’74
by John Zussman