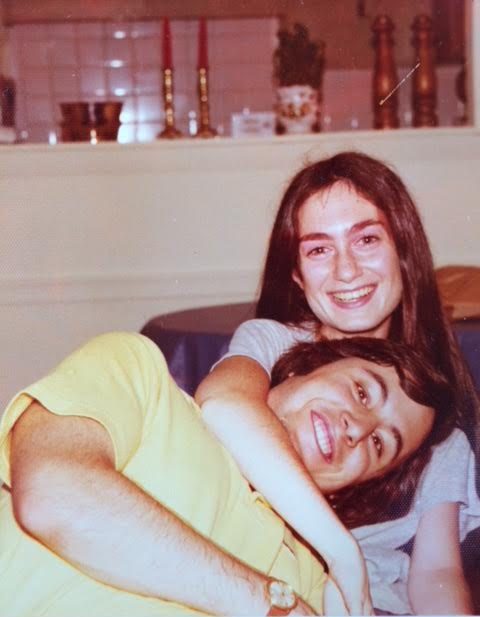 Watergate. The word is redolent with history, even more so now with an imperiled special prosecutor, a sitting president trying to malign real news sources, looking more corrupt by the day. We are reminded of Santayana’s quote…those who don’t learn from history are doomed to repeat it. We seem poised at another Watergate moment; just searching for the “smoking gun” to surface.

The real Watergate story trickled out in dribs and drabs during my junior and senior years in college. The country was abuzz as developments proceeded. There was no 24 hour news cycle, nor as deep a partisan divide as we see today. Over spring break in 1973, my junior year, my whole family went on vacation to Virginia, first Colonial Williamsburg, then on to Virginia Beach stopping in Newport News to visit some college buddies. It would be the last time our entire family vacationed together, since I married 14 months later and left the nest. But on that family trip in 1973, I remember the excited talk over breakfast as the first tidbits about the Watergate investigation started coming to the forefront. My family, all of us liberals, wondered where this was headed.

As the weeks and the leaks progressed, we got a clearer picture. The term “Saturday Night Massacre” came into the lexicon, when Nixon insisted that his Attorney General, Ellliot Richardson, fire the special prosecutor, Archibald Cox. Richardson and his Deputy AG, William Ruckelshaus, resigned rather than do the deed (will the Trumpers be as principled? Most around this investigation seem to lack a spine so far. I’m looking at you, Paul Ryan, not to mention the weasel Devin Nunes). John Dean turned state’s evidence and spilled his guts. Indictments piled up. The special prosecutor learned of tapes made in the Oval Office and subpoenaed them. The Supreme Court ruled Nixon had to release them. We learned of 18 missing minutes, which Rosemary Woods, Nixon’s secretary took the blame for. I can still picture her demonstrating the lean across the desk which caused her foot to come off the recording device, she claimed.

Finally, it was clear that Nixon and his closest advisers were all guilty of ordering the break-in into the Democratic Headquarters during the 1972 election (not Russian hacking, this was bungled Republican hacking), and the subsequent cover-up and articles of impeachment were drawn up. Rather than face sure impeachment, Nixon resigned on August 9, 1974.

Dan and I had married seven weeks earlier. We broke out a bottle of wedding champagne to celebrate and a visiting friend snapped the Featured photo in our first apartment, as we celebrated Nixon’s fall.

Years later, Nixon decided to try to tell his side of the story and agreed to a series of televised interviews with David Frost, at the time not considered a serious journalist. Nixon thought he could get the better of him. Frost got coaching from respected historian and author James Reston, Jr to shore up his research and give him advise on how best to approach Nixon; not let Nixon out-maneuver him. In the wonderful film Frost/Nixon, the Reston role was played by Sam Rockwell, up for an Academy Award this year. Until last December, Jim Reston was my next door neighbor on Martha’s Vineyard and a more thoughtful man I never met. I reveled in our long political conversations, though we never talked about that particular moment in time. Current events provided more then enough to keep us engaged. He had a framed, signed poster from the movie hanging in his living room. I would wander over all the time and he knew that his family was welcome to use my pool without asking. I will miss his good, wise company.

In 2003, I was helping my older son’s private school with their capital campaign. I went calling on an elderly couple, George and Rebeka Richardson, who lived far from me in Nahant, an ocean-front community north of Boston. I showed up at the appointed time but no one was home. This was in flip-phone days. I called my house to ask my husband to check my day timer. Did I have the correct time? I stayed a while, but no one showed up. When I finally made contact again, she was mortified that she had forgotten our appointment, invited me to return, but this time for lunch. I again made the trek, launched into my talk about the school (not knowing she was a former member of the school’s Board of Trustees!). They were very gracious and interested.

After our discussion, she went into the kitchen to heat up soup for our lunch. They were a patrician couple. I chatted with George. He said, perhaps I had heard of his brother, Ellliot. I was flabbergasted. I felt like thanking him for his service; the man who had defied Nixon! Elliot was already deceased at by that time, but George spoke proudly of his older brother’s service to the country, and justifiably so. He was a WW II hero and had held several different cabinet positions under multiple presidents, but is most famous for defying Nixon by refusing to fire Archibald Cox and resigning instead. I hope we learn from that history lesson, which I was in the enviable position to hear about from his own brother. May Elliot Richardson’s steadfast courage be an example for those in power today.

4 Responses to Proximity to History