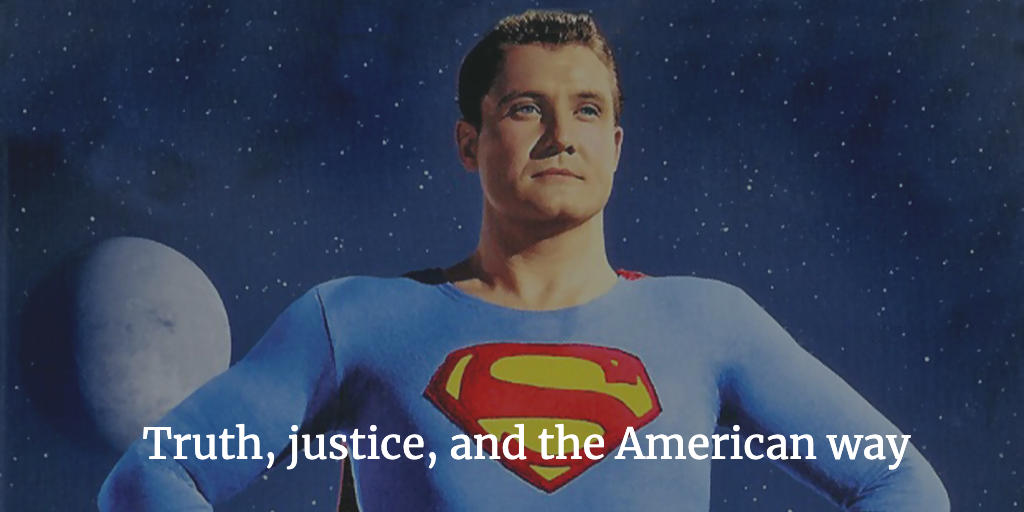 I grew up watching George Reeves play Superman on television in the 1950s. The show’s introduction, forever imprinted in my mind, told me that heroic Superman “fights a never-ending battle for truth, justice, and the American way.” My parents reinforced this lesson, lecturing my brothers and me on the importance of honesty in all things. Imagine my shock as a kid when I saw them throw a set of luggage into the rising waters flooding our basement.

Thus, I came to believe in truthiness in politics, a term coined by Stephen Colbert in 2005, which meant, “The quality of stating concepts one wishes or believes to be true, rather than the facts.”

When I asked why they were doing this, my never-tell-a-lie parents explained that they needed new luggage and now the insurance company would pay for it. This was my first encounter with the little larcenies that were considered acceptable, even to my father who was honest to a fault in his job as an accountant. The deception was fair in their opinion because they paid for insurance year after year. I guess from the perspective of someone who has paid homeowner’s insurance premiums for 45 years and has made only a couple of claims, this makes some sense to me. But as a kid, it was my first inkling that even my parents weren’t always honest.

My mother also schooled me in the importance of little white lies. Not being honest to avoid hurting someone’s feelings was considered good manners. Tell your friend you like her dress, even if you hate it. Compliment a classmate on doing a great job on his speech, even if it was a garbled mess. My favorite little white lie involved one of those fortune tellers made by folding a piece of paper like this: 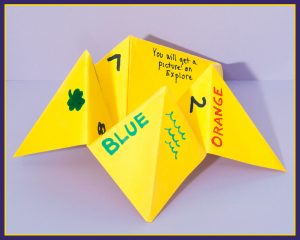 We called these Cootie Catchers. The idea was to write “fortunes” inside and, after asking someone to tell me a number, then a color, then some other nonsense, I would reveal her fortune (which I had written inside when I made the catcher). One of my clever fortunes was, “You will be an old maid.” To my pre-teen self, this must have seemed like a fate worse than death. I was playing the game with my 28-year-old aunt, who was considered to be on the verge of being a spinster, and that is the fortune she chose. Except that now, I understood the importance of dishonesty in situations like this. So yes, I lied and pretended she had landed on a different fortune. My mother would have been proud.

Of course, when it came to important things, I still believed honesty was the best policy. No matter how many great social policies he passed, LBJ was the ultimate liar when it came to Vietnam. I hated Nixon because he was, indeed, a crook. And when W and Cheney got us into the war in Iraq based on lies, I was outraged. Thus, I came to believe in truthiness when it came to politics, a term coined by Stephen Colbert in 2005, which meant, “The quality of stating concepts one wishes or believes to be true, rather than the facts.”

On the Word segment on his satire of right-wing news, “The Colbert Report,” Stephen went on to say,

“Well, anybody who knows me knows that I’m no fan of dictionaries or reference books. They’re elitist. Constantly telling us what is or isn’t true, or what did or didn’t happen. Who’s Britannica to tell me the Panama Canal was finished in 1914? If I wanna say it happened in 1941, that’s my right. I don’t trust books. They’re all fact, no heart.“ 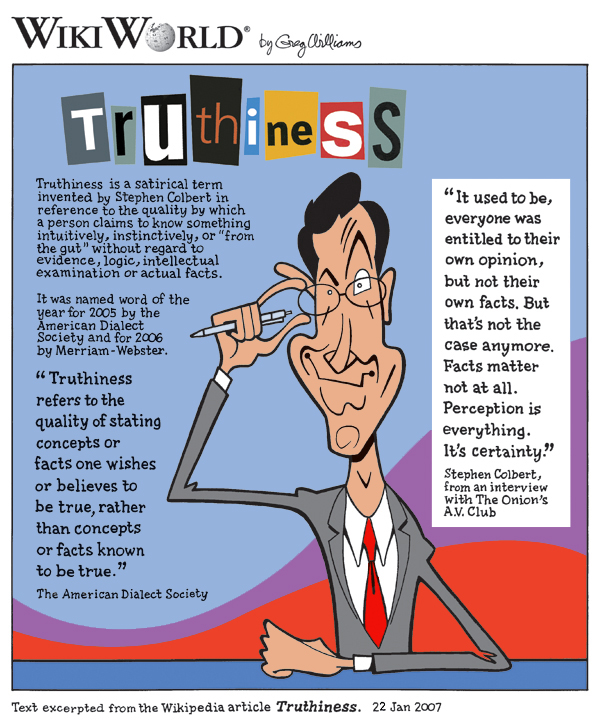 I laughed when Colbert defined truthiness as,

“The quality by which one purports to know something emotionally or instinctively, without regard to evidence or intellectual examination.  The truthiness is whatever I want it to be.”

Since Trump moved into the White House, I have stopped laughing. Diogenes would have a hard time finding one honest man or woman in that place.