Prompted By What's in a Name
16 comments. 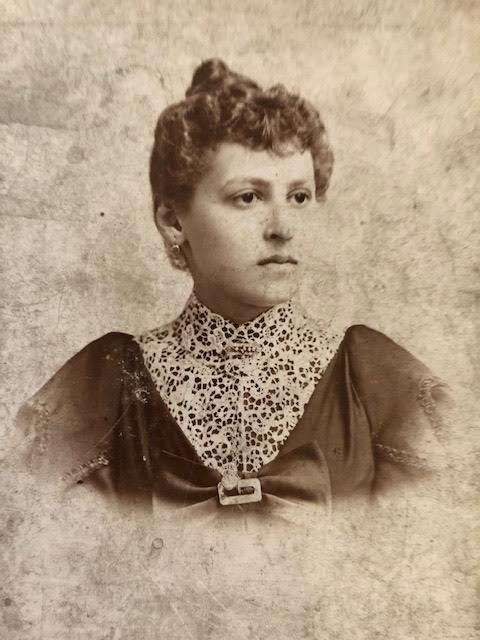 I don’t know when she came to this country from Kovno, Lithuania. She married Sam Sarason in 1895 in St. Louis, MO at the age of 19. Her name was Freya Leah Prensky, but she was called Lizzie in this country. She was very beautiful with dark hair and eyes. Sam loved her the moment he set eyes on her. She was a boarder at his sister’s boarding house, the oldest of five siblings. Her parents were also in the country, but again, I don’t have any information about when any came over. They all settled in St. Louis, but I don’t know why. I know her father was a depressive and died relatively young.

I believe the Featured photo dates from around 1902. She is still quite beautiful, but would already have been the mother of several children. Eventually she had eight. My father, born November 23, 1913, was her youngest. 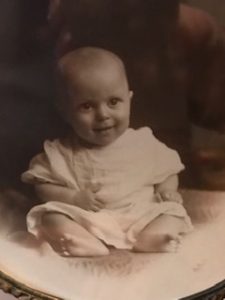 Lizzie began showing symptoms of bipolar disease some years before my father was born. Indeed, she had her last two children to “cure” her, as she was less manic with the increased progesterone levels in her body. There was no known treatment at that time. She was in and out of mental facilities by the time my father was eight, permanently institutionalized when he was twelve. I’m certain he never fully understood why, nor dealt with the trauma of being separated from his mother at such a young age. An older sister was called home from college to care for the two youngest children and the household. Though Sam predeceased her, we found in his will that he left instructions to care for his beloved wife and to say Kaddish (the prayer recited for the dead) for her. We also discovered that her very successful younger brother Meyer (who changed the family name to Prentis in 1925 to avoid the rampant anti-Semitism in the auto industry; he was Treasurer of General Motors, which is how most of the family wound up in Detroit – Uncle Meyer found them jobs) paid for Lizzie to be in a private sanatorium. (Uncle Meyer)

My cousin Mimi (Mary Elizabeth) and I are are named for our grandmother, who died in 1947, five years before I was born. My mother told me that my father wept in her arms when he heard the news of her passing. Ashkenazi Jews (of Eastern European descent) don’t name offspring after living relatives so that, according to legend, the Angel of Death won’t get confused and take the wrong person when coming for her prey.

I always liked the name Elizabeth, but was NEVER called Lizzie. From the day of my birth, I’ve been called Betsy, unless my mother was angry at me. Then it was, pointedly…”ELIZABETH ANN!” My pediatrician teased me and called me “Princess Elizabeth”. That was okay too.

As I grew older and learned something about my namesake, I worried that I might follow in her mental footsteps. I remember rehearsing for “Arsenic and Old Lace” during 11th grade. I played Elaine, the love interest. I dated a boy who played Jonathan, the evil Boris Karloff character. We sat outside the rehearsal on hall patrol desks, chatting. I told him I worried about my grandmother’s illness being hereditary and that I would also “crack up”. One of my favorite lines from that show was, “insanity runs in my family; it practically gallops”. I could relate. But I was being melodramatic.

I traced the history of bipolar disease throughout four generations of the family. I worked on my mental health. I watched and worried about my younger child, who does suffer from severe depression; she has a Bipolar II (without mania) diagnosis. The worry never goes away, but she is grown now and I can only listen, lend support and remain an optimist. 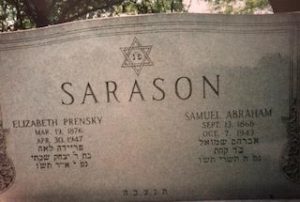 Nothing focuses one’s mind quite like seeing your name on a headstone. May she rest in peace that eluded her during her life.