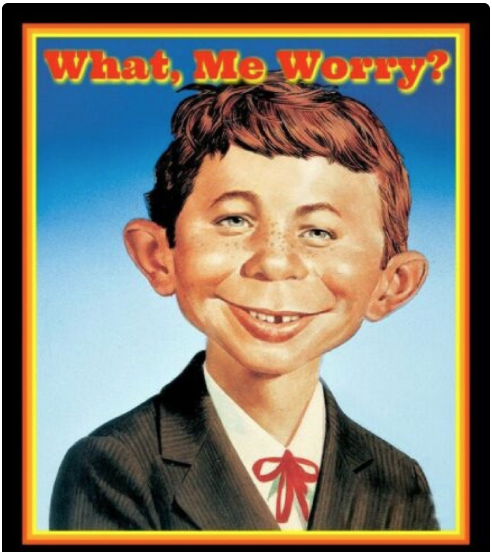 Over the years I’ve come to appreciate that having a good sense of humor is an essential trait. Several years ago I copied down this quote which I recently found in the notes section of my phone: “Those who lack humor are without judgement and should be trusted with nothing.” Clive James said, “A sense of humor is just common sense.”

A good laugh is the source of great relief. It can break through awkward moments, lighten discomfort, signal sheer delight.

In first year acting class (my sophomore year), we learned to laugh and cry on cue. It was just a matter of changing breathing patterns (of course, actually feeling the emotions of the scene, or using “Method” acting techniques and drawing on memories from one’s life experience could be more valid, but the other technique worked well too). Then we were told to find a scene partner, go up on stage and, well…just laugh!

Pam and I bought “Mad” magazines, sat next to each other on stage and read them. Soon we laughed our heads off. My roommate Nettsie and close friend Michael were up next. They sat close like two conspirators, heads together whispering, pointing at me sitting out in the audience, and they giggled away.

After, I asked what about me had caused so much hilarity. They said they were pointing at my chest and Michael said, “Look, Betsy’s left boob fell off!”

Nettsie and Michael in “Gondoliers”, 1972

Oh my…improv, I guess. Whatever… 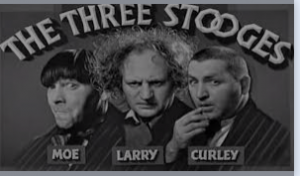 For some, the slapstick of The Three Stooges does it every time. The morning of our wedding, Dan and his brother watched cartoons in their hotel room. I gather it lightened the tension. Slapstick doesn’t do it for me.

I have a witty friend, with a twinkle in his eye, who can crack me up like no one else. He astonishes me with the quickness of his mind and can make me laugh just by calling me, hanging up and calling me again. Peels of laughter. The weight of the world falls away. It does feel good to laugh.

Early Woody Allen movies were hilarious and we looked forward to them (before he was “cancelled” for being a creep and became persona non grata). Looking back, those early/best works were “Play it Again, Sam”, “Sleeper,” “Everything You Wanted to Know About Sex But Were Afraid to Ask”, and of course, “Annie Hall”. We howled with laughter the first time we saw “Annie Hall”, saw it again, and laughed at everything we missed the first time, because we had been laughing so hard we missed so much. The third time we realized how truly bittersweet it was. Suddenly, it wasn’t so funny; we saw the nuance of the story, not just the punchlines and it took its place in the annals of one of the classics (and won the Oscar for Best Picture; well, la-di-da).

I enjoy watching “The Late Show With Stephen Colbert”. While he often tackles difficult, political topics, which are not funny, he can puncture them in a way that relieves my stress and sometimes brings the situation into high relief for the insanity that abounds. Other times, he just has fun. He has one on-going segment with his field producer and the producer’s mother, who is not sophisticated, but game. They put her in absurd situations and the results are laugh-out-loud hilarious. One such segment aired a few weeks ago. Not only did I howl, I told my family about it on Thanksgiving, found it on YouTube and we all screamed with laughter again.

Several times over the years, Colbert had wondered if sex parties were real. He has never been invited to one, though he’d been in show business for years, so he doubted they were a thing. Well, after the last public complaint, he said the invitations had poured in, and he sent his producer, Jake, and Jake’s mother, Bootsie, out to investigate. But Jake had told his mother that they were meeting Nobel laureate, and man she had formerly interviewed: Paul Krugman. They were supposed to have dinner with him. Bootsie had really enjoyed the former segment. She found that Krugman didn’t talk down to her, was a gentleman and she had a bit of a crush on him, so she was really excited. Her assignment now (she thought) was to ask him about the debt ceiling. However, they actually went to a sex party. The results were beyond hilarious.

These are a few moments that have captured my fancy or tickled my funny bone and allowed me some comic relief. 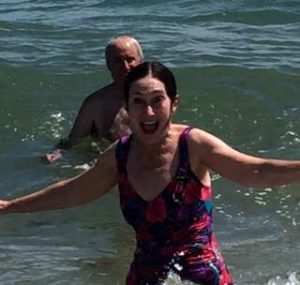