Prompted By An Unforgettable Person
8 comments. 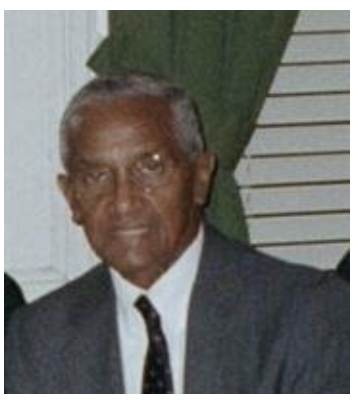 I suppose it’s not at all surprising that my short list for “unforgettable people” comprises nothing but teachers. And a principal. Are they not the people providing our most profound influences?  Of course.  I spoke of Miss Vill in my Kindergarten piece.  Miss McCarthy my minute-in-stature seventh grade arithmetic taskmistress. Miss Johns, my fifth-grade teacher, only two years out of college and full of enthusiasm and fresh ideas.  Mrs. Gibbons, our elementary school principal, she of the most beautiful Palmer method signature ever and infinite patience.  And a Chrysler with push button transmission in which she drove me to some appointment.  (Imagine that happening today!).  But none of them, impressive and memorable as they were, can hold a candle to Allan Cave. I last saw him in November 1962 but the memories remain vivid.

This was elementary school in the 1950’s, before President Kennedy advanced the cause of fitness for school children. But Mr. Cave needed no presidential push.

Mr. Cave (none would dare call him anything else) was our grade school physical education teacher. He came but once a week – always a treat because we could wear sneakers and the girls could wear slacks – and “gym” lasted but an hour.  Funny that we called it “gym” when there was none in our school; we played outside for the most part; inside in our classrooms in the winter and in inclement weather.  Everyone loved Mr. Cave.  I think the girls in particular; he was unbelievably handsome with a melodic voice and an easy smile.  And he was good at what he did.  This was elementary school in the 1950’s, before President Kennedy advanced the cause of fitness for school children.  But Mr. Cave needed no presidential push.  We learned the correct technique for push-ups and sit ups and something called a squat thrust.  We played softball.  Basketball. Soccer.  We learned the broad jump and the hop-skip-and-jump field events before they became known as the long jump and triple jump.  And we had fun.

Just about the time I entered junior high Mr. Cave moved on to our junior high school as one of two PE teachers, so I had the pleasure of continuing to have him in my life. Within a year he had moved on to the high school, but because I played freshmen football as an eighth grader I had the further pleasure of having him as a head coach.  Despite the frustration of a squad short on talent – we were winless in six games – Mr. Cave persevered, teaching the right way to do things.  Not just avoiding dangerous or illegal maneuvering, but the way things should be done. But despite his skill in teaching, Mr. Cave’s strongest suit was his character.  He was, and still is to me today, the standard for grace, integrity and dignity.  Despite.

As you can tell from the photo, Mr. Cave was a person of color.  Our small northeastern city, like so many others, was a place of de facto segregation.  People of color lived in the Susquehanna Street neighborhood, without exception.  People of color were largely invisible in the community, at least to Caucasians.  I have no idea what manner of slights and outright prejudice Mr. Cave and his family and neighbors experienced, but based upon what I have learned about other, similar communities, much later, I am sure that those were trying times for him. But the strength of his character was unaffected.  Perhaps it was made all the stronger as a result.

The conclusion of my first football season was the last time I had any contact with Mr. Cave.  He died in 2012.  In reading his obituary I was staggered to find that I truly had no idea of just what an incredible person he was.  First Sergeant in the Army in World War II, serving in both the European and Pacific theaters, then returning to our city to finish high school.  On to college, first at a small school I did not know and then transferring to Ithaca College, known as one of the best if not the best school for physical education programs.  Bachelors and Masters degrees and a postgraduate certificate in physical education. Later certified as a school guidance practitioner concomitant with his appointment as a guidance counselor. Then a Ph.D.  And the kicker: all of his higher education was done part time, while he worked full time.  His wife and children accompanied him on his commutes to school.  Unbelievable.

Mr. Cave retired from education but went on to work with IBM.  IBM, founded in our town, was the largest employer at the time.  His position?  Director of Management Training.  Once a teacher, always a teacher.