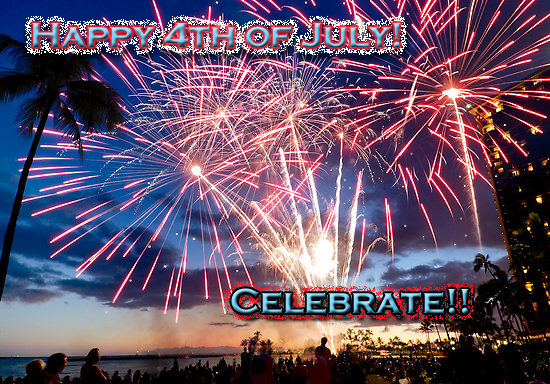 My oldest, and best memories of Independence Day celebrations are the community picnics we attended when I was very young. I think they stopped having them when I was about 10. We lived off Skyline Blvd. in Oakland and there were some group picnic grounds that were accessed via the fire roads. Or at least that’s how I remember it – lots of dust and bumps. It seemed like there were hundreds of people there, and maybe there were. I think people brought their own picnic lunches, but for all I know, my mom paid an entrance fee and the food was provided. At that young age, I didn’t pay much attention to details like preparing food. There were games and water balloon fights. I think of scenes from The Music Man, when I remember those holiday picnics.

There were games and water balloon fights. I think of scenes from The Music Man, when I remember those holiday picnics.

The one thing I’m sure was not included were sparklers or fireworks. If you know the Oakland hills, you know that mid-summer is a very dry and brown place. My other memory of those early 4th of Julys, was the worry about fires. Our home had lots of dry grass surrounding it. We had an awesome view of the bay, and people migrated up from town to watch the fireworks. They had no problem coming down our driveway into our front yard, and they brought sparklers and firecrackers to amuse themselves while they were waiting for the big show to start. Every year, the evenings were stressful, hoping that the hillsides around us didn’t go up in flames. That being said, we always enjoyed watching the fireworks shows around the bay. We could see quite a few of them.

In more recent past, my husband and I had a tradition of visiting friends on Orcas Island in the Pacific Northwest. It was so much fun to experience old-fashioned Independence Day celebrations. The day starts with the parade of local kids and organization, with the community band playing John Philip Souza. Afterwards, its on to the Salmon BBQ put on by the Lyons Club. Night falls late in the far north, but the fireworks are worth waiting for. There’s a gathering spot on the gravel beach with live music and plenty of kids running and playing. The patriotic spirit is alive and well in small towns like Eastsound. 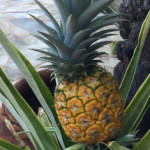 One Response to Old Fashioned 4th of July