Prompted By Those We Miss
14 comments. 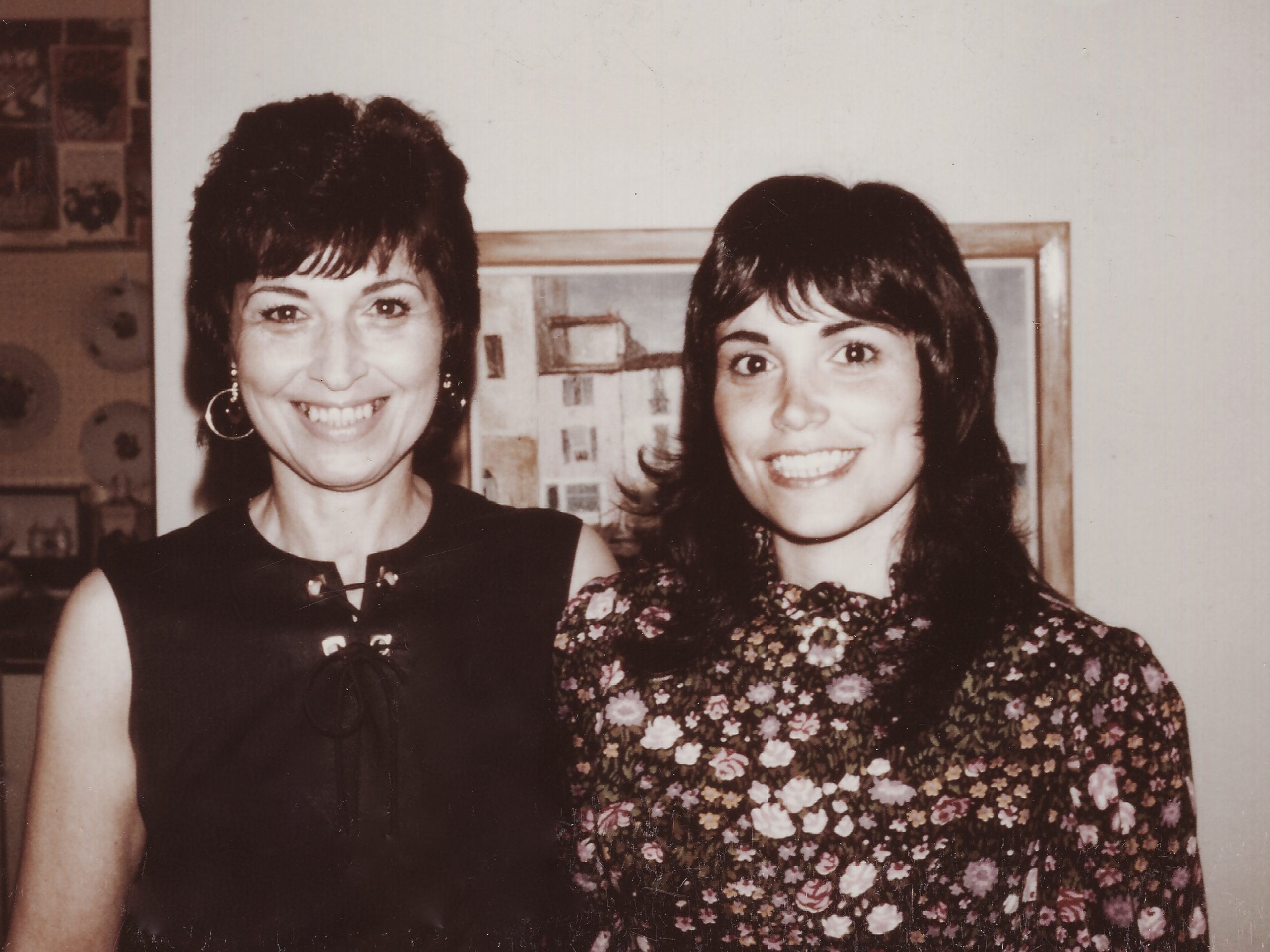 Six years ago today, my brothers called me to come to Detroit as quickly as I could. Mom was in the hospital unconscious and unlikely to survive. I booked the last seat on a flight there, but as I boarded my carry-on bag was confiscated. I tried to explain that time was of the essence and having to go to baggage claim could prevent me from saying goodbye to my mother. The flight attendant was not moved by my tears. That and the ceaseless rain were bad omens. I arrived at the hospital just before midnight on April 19, 2015. Mom was being kept alive so I could see her before they disconnected the machinery, but despite my brother telling me she could hear me and knew I was there, I knew she was gone.

My mother’s absence is part of my daily life now. But there are still times when the wound still feels fresh.

My mother’s absence is part of my daily life now. But there are still times when the wound still feels fresh. There are still times when I think I should call her to share a funny story about one of my grandkids, and have to remind myself I can no longer do this. But I can keep her memory alive by sharing stories about my mother, Evelyn Levine, with them.

Mom was my biggest fan. Growing up, the word that I associate with her is love. I remember as a child that it was unconditional and expressed often. I knew she was proud of me, but I never felt like I had to do anything to earn her love – it was just there. I saved a message she left on my cell phone for years, only to have it disappear when I upgraded to a new phone. But I still remember what she said: “Laurie, I’m just bursting with pride. What you wrote was so great. I’m so thrilled that I’m making all of my friends here read it.”

My mother always dressed beautifully. I never saw her wear denim and she fretted up to her last days that it was hard to find pants with perfect creases. She was a product of her times who changed out of her “housecoat” every evening before Dad got home and greeted him wearing a nice dress and high heels. For Mom, every occasion called for a special outfit. In her last days, she worried about having the energy to switch her bedroom closet and drawers from winter to spring/summer attire. When I asked why she couldn’t keep all of her clothes in her half-empty bedroom closet and drawers, she explained, “That’s not how it’s done.” 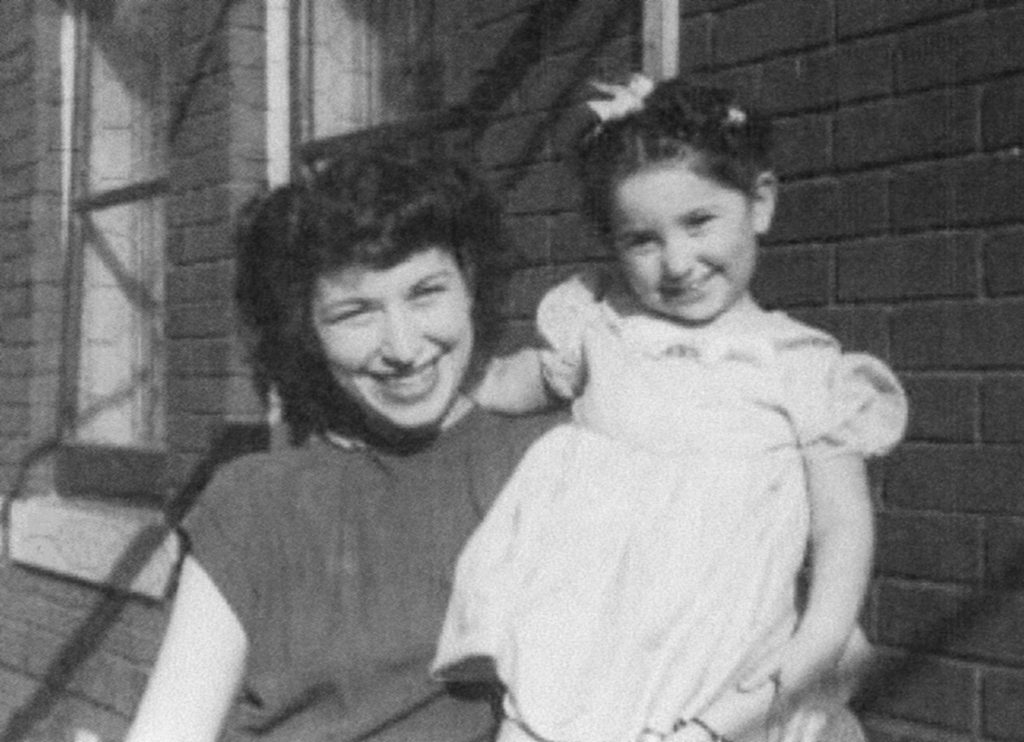 Seven years and three kids into her marriage, like most women of her era, my mother was what she called “just a housewife.” She took care of hearth and home. But once her nest was empty, she was the one who thought of opening an art gallery and started the business with a friend. While she brought Dad into the gallery for his art and accounting expertise, and to give him something to do when he retired, she became very knowledgeable about art. She was the people person who actually sold the paintings and was the face of the store. So as she entered her sixties, long before the term “encore career” was coined, my mother reinvented herself. We now have a name for her kind of smartness – social intelligence. And we know that it usually trumps college degrees as a measure of success in life.

I was born when my mother was only twenty-two and we were close when I was growing up – shopping together, singing show tunes, baking, and doing household chores. She taught me what are now arcane household skills: ironing (both of our favorite chore – I picture her ironing madly during the McCarthy hearings and remember her teaching me this skill by letting me press Dad’s handkerchiefs); dusting and vacuuming three times a week (I never understood why these things had to be done until I had my own house – hers was never dirty); hand-washing the dishes nightly; and setting and clearing the table for that precisely-at-6:00 p.m. dinner.

She was also a young grandmother as her first grandchild was born when she was forty-eight. Mom was definitely a down-on-the-floor, hugging and kissing, playful grandma. With her eight grandchildren, Mom shared tea parties, card games, swim lessons, candy and special treats, and lessons in applying make-up. Coffee cans filled with mandelbrot and rugelach arrived regularly during the college years, and she loved going on what she called double dates with her grown grandchildren and their significant others. She played on the floor with every one of her grandchildren and even her first few great-grandchildren.

During a random phone conversation, my mother told me how happy she was living at her senior retirement apartment after Dad died because she had come to know so many people who were different from her. I think she was reflecting on Christmas weekend and how she liked sharing the holiday with the people who celebrated it. She told me she had never really been exposed to a diverse community until age 89. She came to see how people are people and how they are more alike than they are different. And when six of her eight grandchildren ended up with partners of different religions, she accepted this change and loved every new family member, regardless of race or religion. She proudly showed her friends photos of her great grandchildren at that time, three of whom were half-Korean and two of whom were African American. How different her world had become.

Near the end of her life, I came to understand what a strong person my mother was. After she broke her hip at age 90, she was determined to recover and come back home on her own terms. And she did. My mother had grit, warmth, a positive outlook on life, and an independent streak that served her well during the last three years of her life.

Here’s what I am missing on this sixth anniversary of my mother’s death:
The way her face lit up a room when she smiled
The warmth of her hugs
The way she loved to celebrate
The love in her voice every time she spoke

May her memory be a blessing. 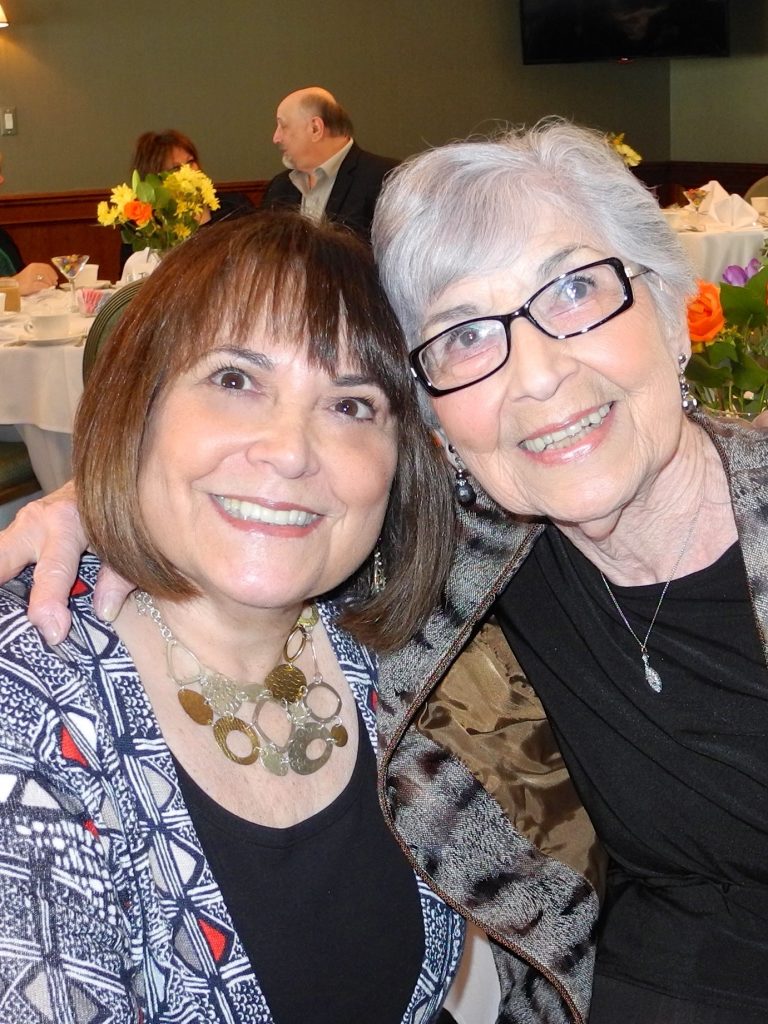 Last photo with my mother, February 2015