Prompted By Learning to Drive
10 comments. 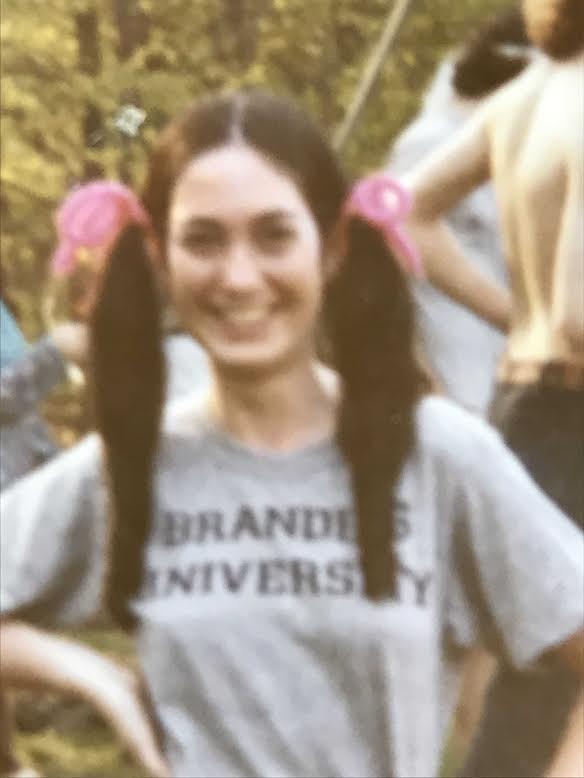 We took Driver’s Ed during a free period in high school. Since I was in choir, took PE for two years, then a semester of typing, I didn’t have any free periods until second semester of my junior year in high school. I was already 16, so I was 16 1/2 by the time I got my license. “Book work” as it was called, was taught by Bob Smilay, who had been my 6th grade teacher too. He was a super-nice guy and the course was easy. I still remember a cartoon in the book. It showed a couple seated in a car with an elephant blocking the way. The husband, in the driver’s seat, looked meekly at his wife, who looked overbearing. The caption read, “Can’t we just pretend he has the right of way?” We learned the rules of the road very well.

Then we took our knowledge out for “road work”. That was taught by Mr. Hanoian, at Kimball, our cross-town rival high school. It was the newer high school and had an enclosed track with a stop light, turns, stop sign; a place to get actual driving experience without being on a city road. There were four of us at a time in cars on the track, driving under Mr. Hanoian’s watchful eye. Finally, during the last few of the six week sessions, we all got in the special dual-brake car with Mr. H. in the front seat beside one of us. If we got out of control, he could brake for us.

I remember it was now warm weather and I wore something with short sleeves. The other three in the class were in the back seat and it was my turn to take the wheel. I pulled the shoulder strap across to buckle in. The one boy in the car was mature enough to grow a little mustache, but commented on my hairy arms! That comment has stuck with me these 50 years. I was terrified as I guided the car out onto the street. And eventually we all had to take it out onto I-75 and drive at 65 miles per hour! I remember truly having white knuckles, but survived. I passed both Book Work and Road Work and was ready to get my license.

My ever-supportive mother had me convinced there was no way I’d ever pass the road test for my license, so the day we went for the test, I didn’t bother to think about looking nice for the photo. I remember that I had a migraine and put my hair up in cork screw pigtails with pink yarn ribbons. I passed the written exam with flying colors. Then it was time for the road test. I thought I’d be sick. But the officer was very nice and we were driving around tiny Huntington Woods anyway. Of course, I passed. And there was that photo with the stupid hair style and pained look. I don’t have the photo because my wallet was stolen my senior year in college, while visiting a friend in New York City. My purse was picked on the subway…a true pain reclaiming all that ID. So the Featured photo was taken my freshman year at Brandeis at a Theatre department picnic, but that’s the hairstyle, same ribbons and all.

Mr. Smilay had a soft spot for me, having known me since 6th grade and lived through those struggles with me. My senior year, he gave me another opportunity to spread my wings, knowing that I loved theater and wanted to be a theater major in college. General Motors approached him my senior year in high school. They were making a movie about the dangers of getting high, then driving, to be shown during Driver’s Ed classes. They needed teenagers for their cast and asked Bob Smilay for help. He recruited some of his students to be in the film and asked me to be one them. We would be the kids at the pot party, passing joints around. Then one would go out and get in a car crash later. Though we were not paid for our efforts, we got to skip school, and were taken out to lunch (at the Beef Eater on Woodward, for those who remember that spot).

I was the straightest kid on earth in high school, so choosing me to be in this movie was a pretty funny choice. I thought about wardrobe choices carefully. I had a fake suede fringed skirt, worn with a white crepe blouse. To that I added “hippie” beads. I already had long, straight hair, parted in the middle. I thought, perhaps, that was how someone who smoked dope might look. The kids all showed up at the house used as the set that morning. The director had hired an ex-addict to teach us how to handle a joint, pass it around, put it to our lips and inhale; in short, look like we knew what we were doing. Most of us were pretty straight. We practiced and practiced until finally the director got a take he liked. The car crash scene was shot in reverse, with the cars put together, then driven backwards. When the movie was played, the scene would be played in reverse, as if the cars were driving towards one another. Talking heads discussed the dangers of driving while high.

The movie was shown at our high school to great acclaim and I presume was used in Driver’s Ed classes for some time after that. But I must say, it was no “Reefer Madness”. I saw that classic, stoned out of my mind, at Brandeis one night, a few years later. Now that movie is a real hoot!

10 Responses to Pink Ribbons on my License