Prompted By Learning to Drive
8 comments. 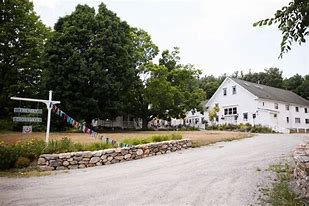 My old man made a great teacher. He knew everything for the longest time. When I wanted to learn how to drive, he took me out into the field next to the barn that served as a dormitory for Friendly Crossways, a youth hostel sponsored by the American Friends Service Committee. We lived there for a while.

I had to hold onto the steering wheel to reach the pedals.

Before I learned to operate a car, my old man sat me down one night and taught me the design, elements, mechanics, systems and processes of the internal combustion engine, from crankshaft to carburetor. I was eleven years old.

The field was actually the farmyard of a New England dairy that had been converted to the hostel. Every summer day, a group of sunburned cyclers would arrive at the barn and fall exhausted under the elms that shaded the green, sloping yard. Elms. Can you imagine? Great, graceful creatures that had survived the blight of Dutch elm disease that had plagued New England since the 1920s, when the infection came across the Atlantic in a shipment of logs destined for the veneer industry in the mills of upstate New York.

But on the night my father taught me about the internal combustion engine, the exhausted bikers had eaten a huge meal of Swedish meatballs and potatoes and fresh corn and green beans, served up by Winnie and Barry, the two portly, generous Quakers who ran the joint. The revived travelers could be heard singing in the barn. 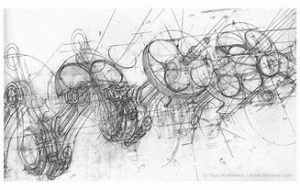 “We’ll start with the combustion chamber,” he said, “because that’s where everything begins. With the rapid expansion of gases.” Sketching as he talked, he described how the pistons are driven up and down in synchronized order as they rise to top dead center where the spark plug is timed to fire just before the piston reaches the top of its oscillation and begins its descent, driven to full expansion by the ignited vaporized gasoline.

His voice was quiet, soft, and quick as he sketched the connecting rods arranged in offset sequence on the crankshaft. “And here,” he said, “straight line motion — the pistons driven up and down — is turned into circular motion that is, in turn connected to the clutch (you’ll need to know about the clutch) and the transmission and driveshaft. More on those later.”

I sat next to him, shoulder-to-shoulder; his pencil became an extension of his voice. “But back to the combustion chamber …” I soaked it up the way kids do when their brains are soft and supple and curious. By the time the night was done, I had learned all the basics of the way an automobile drove down the road.

The next morning, Saturday, we ate breakfast with everybody the way we did every Saturday morning while we stayed through a winter and summer at Friendly Crossways. My mother and father, my sister, Winnie and Barry cooking and gossiping and serving as one two-mouthed, four-armed, four-legged creature, joined at the crossroads of their lives in a sauce of sweet-natured harmony and discordant mutual annoyance, all packed into one chubby Quaker couple.

My father drove us into the field between the gateposts that punctuated a crumbling Yankee stone wall. The farm had ceased to function long ago, but the Barretts rented out the pastures to hay and graze other farmer’s cows. The field had been hayed once that summer and a lithe second growth gleamed yellow-green in the morning sun.

My father stopped the car, a Henry J, the brainchild of Henry J. Kaiser, the WWII industrialist whose shipyards manufactured the Liberty and Victory ships that carried the troops, supplies, and weaponry across both oceans to both wars.

My old man and I traded places. I had to hold onto the steering wheel to reach the pedals. My old man propped a fruit crate behind my back and the wild rodeo began.

“Okay, now this one’s the brake and this one’s the clutch. The one you have to reach for, that’s the gas.” He held me in his left arm and braced himself against the dashboard with his right. He was ready.  He guided my right arm through the shift positions, first, second, third, with neutral in between and reverse way off in some weird position. I followed the shaft gate, silent, my mouth dry. My heart pounded.

I had pestered by old man to teach me to drive for over a month. I had discovered cars at the same time I had discovered girls — in sixth grade. It might seem an odd juxtaposition but my cultural instincts must have been hormone-sensitized. Girls and sex and cars had merged in the rambunctious, post-WWII American mythology and I had apparently been sucked along by the current.

I insisted. I wanted to drive. I didn’t care. My friend Roger lived on a farm and he drove tractors and everything. My old man never resisted. I think he was delighted that I was interested in one of the entry ports to his own world of science and engineering. I had spent most of my eleventh year listening to the Top 40 and desperately trying to train my hair.

I stretched my leg and pushed the clutch with my left foot. It felt stiff. 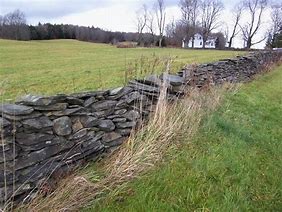 “Press it up and down. Get the feel of it. When you engage it, you put pressure on the spinning plate on the engine side. It rubs the spinning plate on the transmission side, the two plates grab each other, the gears in the transmission begin to turn the driveshaft and the driveshaft turns more gears in the differential to make the spinning take a right or left turn, depending on which wheel bears the most weight at the time, and…” He wrestled with my neck. “You begin to move.”

“Yeah!” I knew that. We had finished our lesson the night before with more sketches of the transmission and drive train. I never even stopped to question how I had absorbed so much but now, I could picture every moving part he described, high on his words and sketches. I was very excited!

He slid the gearshift into neutral. “Now turn the key,” he said. “Then press the gas.”

I did. The engine caught and roared, revving high.

“The what?” Engine still roaring.

“The gas, leggo of the gas,” he said, laughing.

I took my foot of the pedal, the engine dropped to an idle. “Hey!” I said, and revved the throttle a few times.

“Don’t over-rev it, you’ll float the valves,” he said.

“We’ll get to that later.”  He shifted into ready-for-action mode, right hand on the dashboard.

I pushed in the clutch.

“Shift UP into first”

I pulled the lever up.

“Okay, now let the clutch out a little. Just a lit…”

I dumped the clutch and the Henry J stalled.

“Okay, too fast. The clutch plate has to slide against the transmission plate smooooooth.” He made a circular motion with his hands, then resumed the protective cover of his arm around my shoulder. “Are you in neutral?”

I took a deep breath and pulled down the gear shift. “Neutral,” I said.

I started the engine, revved it once…

Push in the clutch.

I pushed in the clutch.

“Push the gear lever UP into first.”

I pushed up the lever. A terrible grinding sound began.

I pushed and the lever slid into gear.

“No grinding,” I grinned.

“Grinding no good,” he said. “Now goose it just a little…”

I revved the gas a little.

“Let out the cluuutch. Slow. Smooooth.”

It was all I could do to let the clutch out slowly, the springy pressure pushing against my leg. The car began to move forward. Wow! I had the steering wheel in my hand, the engine revved and the Henry J began to swish through the tender grass. I was moving! I was driving! I looked through the windshield at the open field ahead. The car began to buck.

He pulled my body up under my arms. I still weighed less than one hundred pounds at eleven.

The car slowed and gently rolled into a stone wall, the engine stalled. In the silence, a single stone, placed there ages ago by some long-gone farmer, tumbled off the wall.

My old man put his arm around me. “Okay, Charlie,” he said. “You just learned how to drive.”