Prompted By My First Paycheck
12 comments. 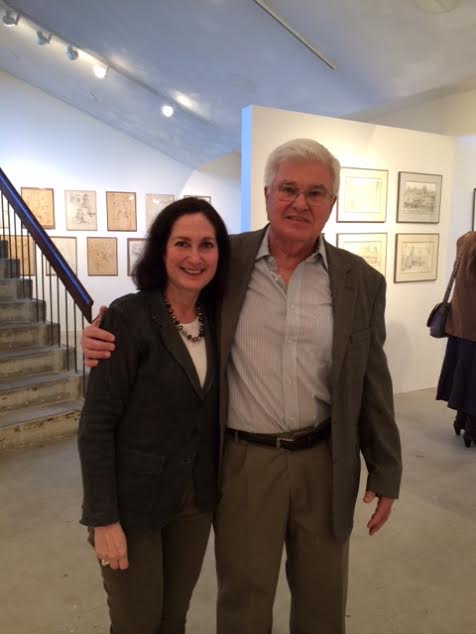 The Brandeis Theatre Department hired a new scenic painter in 1973. In addition to painting all the backdrops, he also taught a life drawing course and advertised for models. I had done a little modeling during my time at Brandeis, but nothing note-worthy. This was a real class, taught by a master, so I signed up for one Friday morning a month. The pay was good: $4/hour for a two hour class, cash. It was for graduate-level students, all of whom I knew, which presented its own set of challenges, as I took my responsibilities seriously and didn’t want to be teased or pursued.

The classroom didn’t have a raised platform with easels in front of me, but rather, the students were scattered all around me. I began the class with a series of one minute poses, progressed to 5 minutes, then 10, and ended with one 30 minute pose. Each represented a unique challenge, as I had to make the pose interesting for everyone all around me, had to be something I could hold for the requisite length of time (so nothing too far off-balance) and nothing that would cause a limb to fall asleep. I thought of symmetry, twists in my spine, standing vs sitting. Only once did I take a pose that could be construed as “cheesecake” and lived to regret that one.

There were little breaks in between poses when I would cover up with a robe and look at the students’ work. Most had never drawn from life before and were embarrassed to have me look at what they’d drawn. (THEY were embarrassed?!) Bob walked around during the class, giving pointers; I grew weary of hearing how my bottom was larger than my top (yes, I am pear-shaped). I am also 5′ tall and at the time weighed 89 pounds…tiny! Someone drew me as almost a stick figure, he just couldn’t figure out my dimensions.

I got high praise from Bob and liked the cash. Even after I graduated, married and got a real (though boring) job, still in Waltham, MA, I came back once a month to model and collect my cash. It paid for a lovely dress and pair of shoes worn to a close friend’s wedding later that year. My colleagues at work were quite amused, but I didn’t care (I also made up the time at the real job, so nothing was lost).

Eventually, I moved away to take a new job;  my modeling days were over. When I moved back to the Boston area, my job was too demanding, but I stayed close to my alma mater and would run into Bob Moody at various arts activities on campus. He always introduced me as “his best nude model ever”, even when we’d see each other at openings at the campus art museum, on which I’m a Board member.

After 40 years, Bob retired in 2014. I was the only non-design major in attendance at his retirement party. Bob always said that I never changed and that I was still his best model ever! Some of his first students thought they might even have a sketch or two of me in their portfolios. It was a full-day event, with a show of his own work: he is an amazing artist, followed by a lovely dinner. I was glad to be part of his celebration, having been a small part of his Brandeis story. He gave me my first spending money, and a little sense of self-worth.