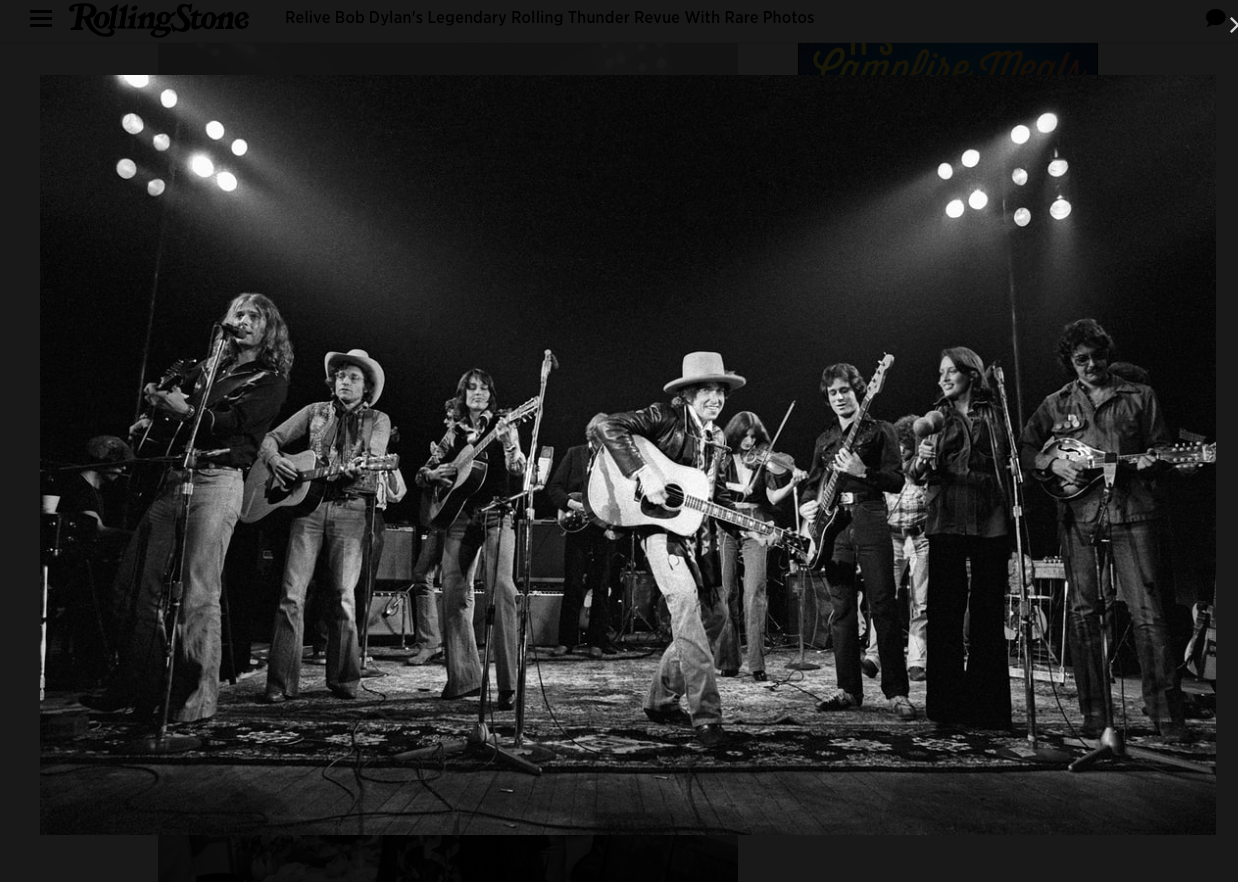 It was a secret. We only knew about it because a good friend on the Brandeis Student Senate contacted us. We had already graduated, but he got us tickets and we lined up outside the gym on that cold November night in 1975, waiting for legends of our musical lives: Dylan and Baez (performing together for the first time in 10 years), Roger McGuinn, Ronee Blakley, hot off “Nashville”; we didn’t know it, but Joni Mitchell would make a guest appearance. Other back-up players who are now well-known like T-Bone Burnett also played, but we hadn’t heard of them yet. Dylan did a whole concert tour of small venues and the Brandeis gym was one of them. Crazy!

Louie, our insider friend, drank some blackberry brandy from a flask to stay warm. Finally we entered our school gym, flush with excitement and settled on the risers. Dylan came out with weird face paint on. Who cared. This was a small gym and he was singing just for us. He sang a short set. Others sang. Intermission. When the lights went down again, they were there together: Dylan and Baez singing “This Land is Your Land”. We all joined in and went wild. It was a love-fest. We knew all the songs. Joni Mitchell came out with that pristine voice and sang a few songs. The crowd loved her, but she turned her back on us. I don’t know why.

The reviews now say it really was a love-fest and she stayed on the tour. Dylan’s pet cause of the moment was Rubin “Hurricane” Carter, the imprisoned boxer. He had just recorded a song about him, and ended with it – a cry for freedom from injustice. We all learned about him that night. Dylan’s advocacy worked and eventually Carter was freed. We sang along on so many songs. The vibe was astonishing. Now, we were all folkies, taken back to our youth (not that we were SO old yet, but still…), singing and rocking and loving every moment. The night remains vivid for the wonder of seeing so much talent up close in a personal setting, singers we had admired our whole lives, singing just for us. It was crazy good. 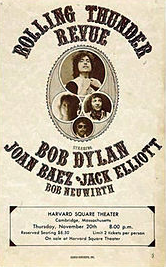