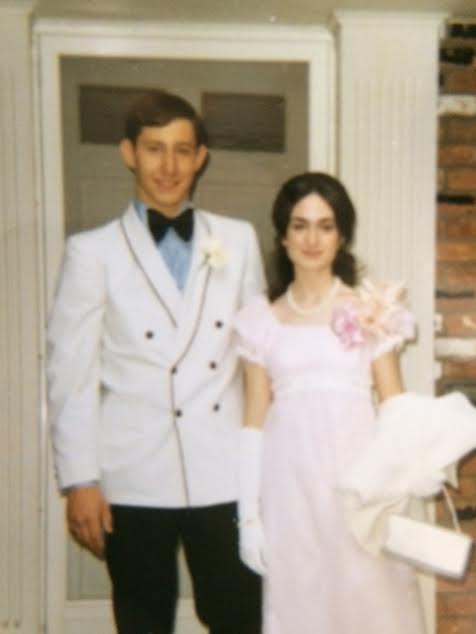 I was not a “cool” kid in high school, and, though I had run through a fair number of dates, I never had a long-term boyfriend. As prom time approached my senior year, I desperately wanted to attend that rite of passage, but things were not looking good. My two best friends had been in long-term relationships for years and I had no prospects in sight. So when word got back to me that the captain of the swim team had been turned down by his first choice, I started buzzing around him in Chemistry class. He seemed nice enough and no one else loomed on the horizon.

John took the bait and asked me out on a first date. We went to the movies, all went well and the precious prom date was proffered! I was overjoyed. I already had the dress, shoes, purse…no purchases necessary. Hair appointment, check! So much excitement, left school early that day for hair, home for make-up, John showed up for the obligatory photos and off we went for dinner. I felt like Cinderella going to the ball. We danced with the best of the them, but it had been a long day.

We were invited to a post-prom party with several other couples at Debbie’s, one of my best friends, who happened to live in my neighborhood. But after starting the day early at school, then the hair appointment and all the other prom excitement, I just ran out of gas and really did turn into Cinderella at midnight. John might have thought he was going to get some action that night, but I demurred and begged off. I couldn’t stay awake. For all his expense, he got a quick goodnight kiss at the door and my prom night was over. My hair was still fairly intact the next day and my dad took a few more photos of me alone outside in my backyard…couldn’t waste the hairdo.

Senior year was almost over and John barely spoke to me again. But at least I got to the prom.