Something is Missing by Jeannie
5
(7 Stories) 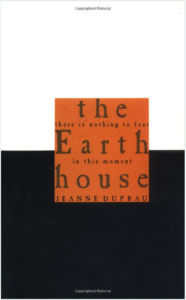 Something was awry in my life. There was a dissatisfaction, an undercurrent of discontent that was there all the time, no matter how hard I gathered in friends and possessions and activities.

In therapy, I talked until I was sick of talking. In meditation I was to be silent and listen.

I went to a therapist, hoping to find out what was wrong with me by scrutinizing my past and my dreams. I thought that eventually all the old buried and petrified stuff of my life would bubble up and explode like lava out of a volcano, and afterward I would be changed. I kept waiting for this to happen. But instead of finding answers I found new questions, I piled up questions more and more thickly around myself, I explained and analyzed everything I had ever done, combing through it for the key to my gloom and anger and discovering instead only new places to look.

In therapy, I talked until I was sick of talking. In meditation I was to be silent and listen. “It’s all there,” the Guide said, “everything you need to know. Just pay attention, you’ll start to see.” She told this story to illustrate:

“Suppose you get up one morning to find that the book you were reading the night before is gone. You think you’ve misplaced it. You look all over the house, but you can’t find it. Very puzzling. The next morning, you see when you get up that a lamp is gone from an end table. This is alarming. You check all the doors—they’re locked. You check the windows: locked, too. And yet the lamp is gone. The next morning, you discover that the couch has disappeared. Unmistakable—a blank place where it once was. Terrible! You are being robbed! What should you do?

“There are several possible courses. You could call the police. You could call everyone you know who has a key to your house. You could install a burglar alarm system. But the answer that makes the best sense is this: Stay up all night and watch very carefully.”

And it’s the same with your life, she told us: if something’s missing, if you suspect that something is going on that mysteriously robs you of your happiness, the best way to get to the bottom of it is to stay awake. 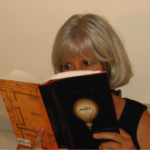 One Response to Something is Missing 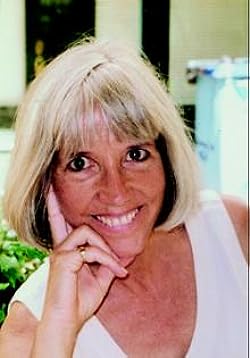