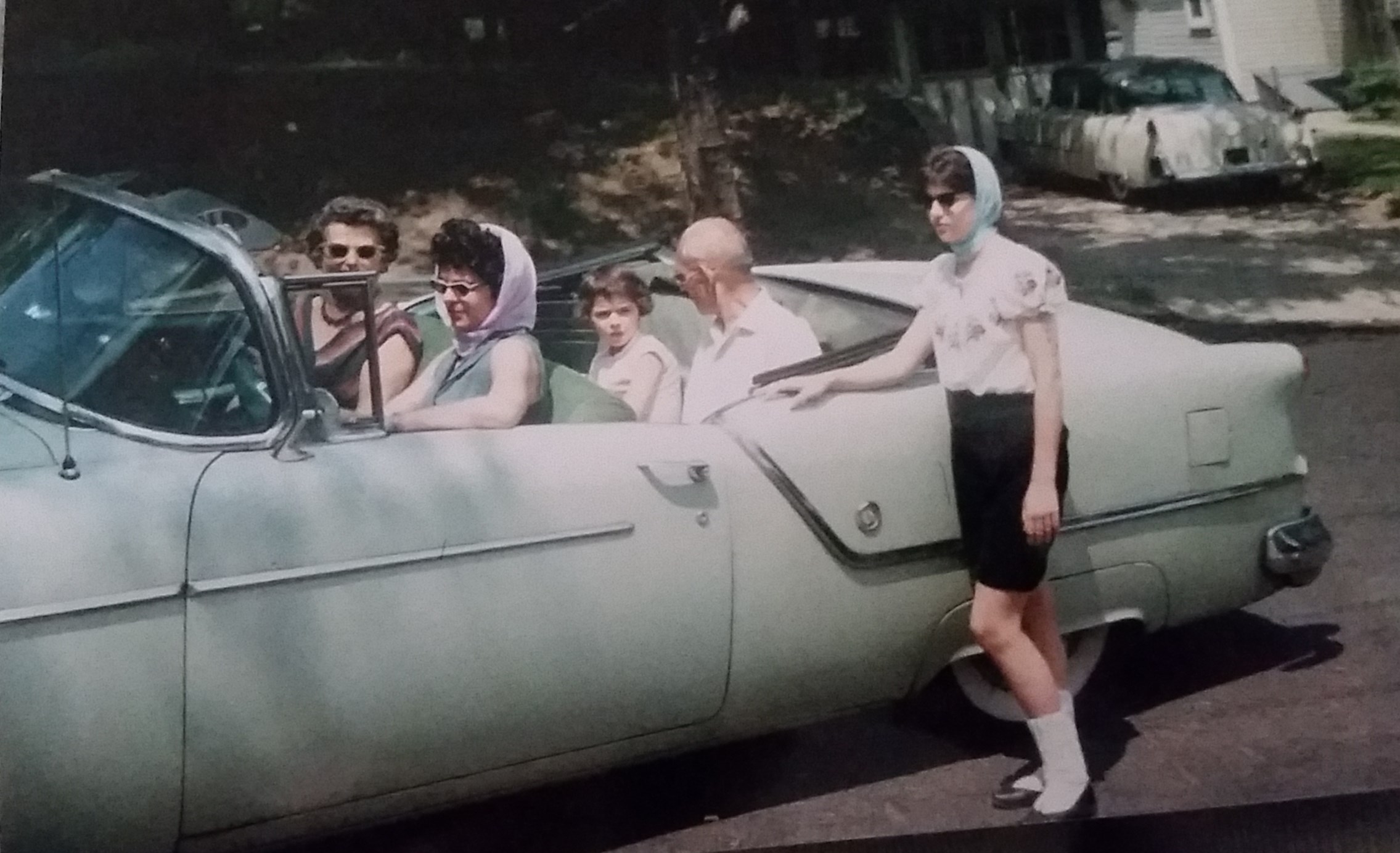 For my parents, the gender roles were clear. My mother was in charge of the house and the family, my father dealt with the outside world and earned the money to support us. He might have disagreed with some of the decisions she made regarding us kids, but he would have no more told her how to raise the children than she would have told him how to practice medicine. She did all the cooking and shopping — even bought his clothes for him — and he paid the bills, managed the investments, filed the tax returns. Pretty traditional arrangement back in the fifties. Yet surprisingly, their three daughters were NEVER told to follow this pattern. It was made clear to us from an early age that we should have careers that we were passionate about, and whether we married and had children was almost incidental. I think they were truly ahead of their time in this regard.

In college I began to think about gender roles and expectations. With my high school boyfriend, I had expected him to pay for everything on our dates, and also to open the car door for me when I got in or out. I can remember sitting in the car after he got out, waiting for him to come around to my side to open the door, and not budging if he forgot to do it. It seems ridiculous now. Once I got to college, I began to realize that there was no reason for this behavior. Indeed, once sex became part of the equation, it was preferable NOT to have the guy pay for the date, because he then expected sex in return. It was much easier to say no if I had paid my own way — or to say yes if I wanted to, but not out of a sense of obligation.

I joined SDS at Harvard, but never really felt comfortable there. It was only later that I realized it was because all those big deal student radical guys were incredibly sexist. They didn’t want ideas from the women, they wanted sandwiches. Gender roles in the revolution! And worse, there is the famous quote from Stokely Carmichael that the only position for women in the movement is prone. He later claimed that it was a joke, but I doubt it. And thus the women’s movement was born, out of the sexism of the civil rights and antiwar movements. But that’s another story. . . .

In law school I was part of a class that was 48% women. Everyone treated each other as equals and there were no gender roles in the classroom. I remember learning that one of my male classmates, who was married, had his wife type up all his class notes and his briefs. I was horrified! Fortunately, that was the exception rather than the rule, at least in Davis.

When I went to work at the Attorney General’s Office, I was certainly not the first woman they hired, but I was the first one to make a big deal about being treated equally. I did not want men to hold the door for me, or to wait for me to get on or off the elevator first. They didn’t know what to make of me. Also, I didn’t shave my legs or armpits. That was only visible in the summertime, but they couldn’t understand that either. And when I got married, I didn’t take my husband’s name. I came back to work after my honeymoon and everyone asked me “What’s your name now?” I said that it was the same as it had always been. By this time, 1983, women keeping their own names was not that unusual, but it still seemed to astonish my co-workers.

In both of my marriages, the division of tasks has been based on ability or interest, not on gender. Except for the fact that I nursed the babies. I suppose I could have pumped my breast milk and had my husband give it to the baby in a bottle, but that seemed like way more work than just giving the baby my nipple. So there was a real biological reason for that gender role, I was the one with the lactation equipment. In contrast, I did not have the cooking skills, so both husbands did most of the cooking. I think I was traumatized by the two years of Home Ec classes the girls at my school were required to take in seventh and eighth grade. (The boys had one semester of Nutrition and three semesters of a free period! Talk about unfair gender roles!)

When my children were small, I always made a point of dressing them in gender-neutral clothes. I would have none of those pink outfits with ballerinas or blue outfits with trucks. I once got chastised by a clerk in Mervyn’s Department Store when she found out my baby in the little gray velour onesie was a girl. “You can’t dress a girl in gray,” she said. Oh yeah? Just watch me!

I feel good about modeling relationships of gender equality for my children. I expect that if either of my daughters ever gets married, she will keep her own name. And I think all three of my children take it for granted that gender does not determine who does what in any kind of relationship, whether business or romantic.

14 Responses to Teach Your Children