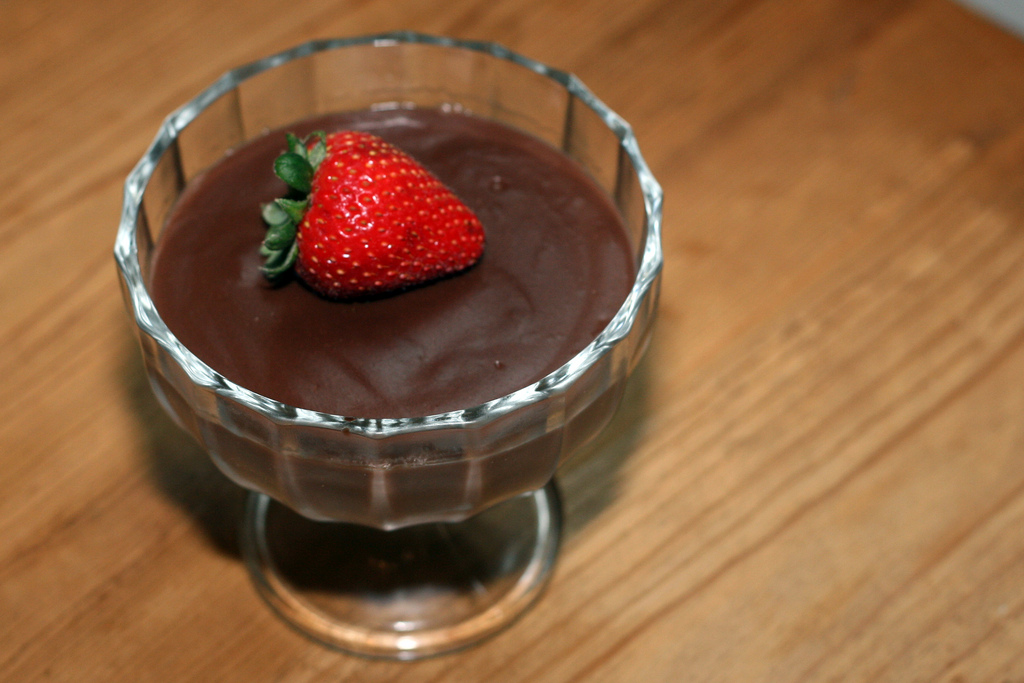 Every night at 6:00 p.m. without fail, my mother served a family dinner. The menu was as predictable as the timing. There was a rotation of meal plans, with certain foods landing in the same combination on the same day of the week. There was always milk, lots of milk. In those days, everyone thought it was good for kids to have as much whole milk as possible. And every meal ended with my brothers and me chanting, “What’s for dessert yum, yum, yum” (sung to the tune of “shave and a haircut, two bits”). 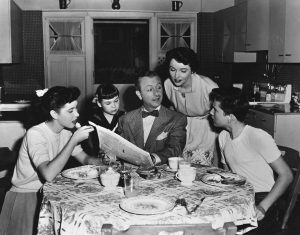 These days, the concept of a family dinner has bitten the dust. My grandkids graze rather than sitting down as a family to eat.

Meatless meals appeared on Thursdays, topped off by chocolate pudding. This was the kind you cooked and then cooled, resulting in that delicious skin on the top. Fridays were usually brisket day. I hated brisket, but every week my mother insisted she had tried a new recipe that made it taste like…anything but brisket. There was also a liver and onions night, even though my youngest brother detested it more than I hated brisket. On nights when my father worked late, we were treated to oven-baked fried chicken, which was a real treat because Dad hated chicken. Potatoes in all forms and canned veggies filled out the menu. If we were lucky, we had Oreos for dessert.

As a parent, I attempted to replicate the family dinner tradition. When the kids were younger, however, if my husband was working late I didn’t make them wait. Thus, I was making two dinners. Theirs wasn’t elaborate or particularly healthy. My kitchen was the fun one that served white bread and home-baked cookies. Often kiddy dinner was Kraft mac and cheese or fish sticks. Convenience foods were a big help, as I also prepared a “real” dinner for my husband to eat later. Unfortunately, I ate both times. 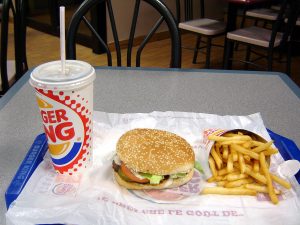 One tradition that was particularly healthy was our Monday dinner out with my friend and her kids at Burger King. Before you condemn us, where else could we feed seven kids who didn’t behave that well quickly and cheaply? As my children grew old enough to wait for my husband for dinner time, we generally ate together as a family. Everyone had an assigned seat so none of my three kids could sit next to each other, limiting aggressive acts to kicking under the table. Aside from serving pop (my husband’s family meal tradition) I tried to keep things reasonably healthy and varied, respecting likes and dislikes and allowing the substitution of peanut butter and jelly if the meal offended anyone’s tastes. Well, that’s not totally true. I did not accommodate one of my daughter’s desire to be a vegetarian, so I guess she ate more pb&j that the others.

A generation later, the concept of a family dinner has bitten the dust. My grandkids graze rather than sitting down as a family to eat. There are several reasons for this. In addition to busy work schedules for their parents and insane activity schedules for them, we now have microwave ovens, healthy Trader Joe’s meals, and the ability to order in from any restaurant. No one has to compromise and eat something s/he doesn’t like that much. Feeding my grandchildren feels like working at a fast food restaurant. They order what they like, and the meal appears in minutes.

I get it. Life today makes it impossible for everyone to eat at the same time. Milk is bad. Pop is out. Everyone drinks water, and no one asks what’s for dessert. That’s healthier, but it’s also sad that family dinners only take place in restaurants. It wasn’t so important what we ate when I was a kid and later a mom. What mattered was that we were able to eat it together.

6 Responses to The Family Dinner Bites the Dust