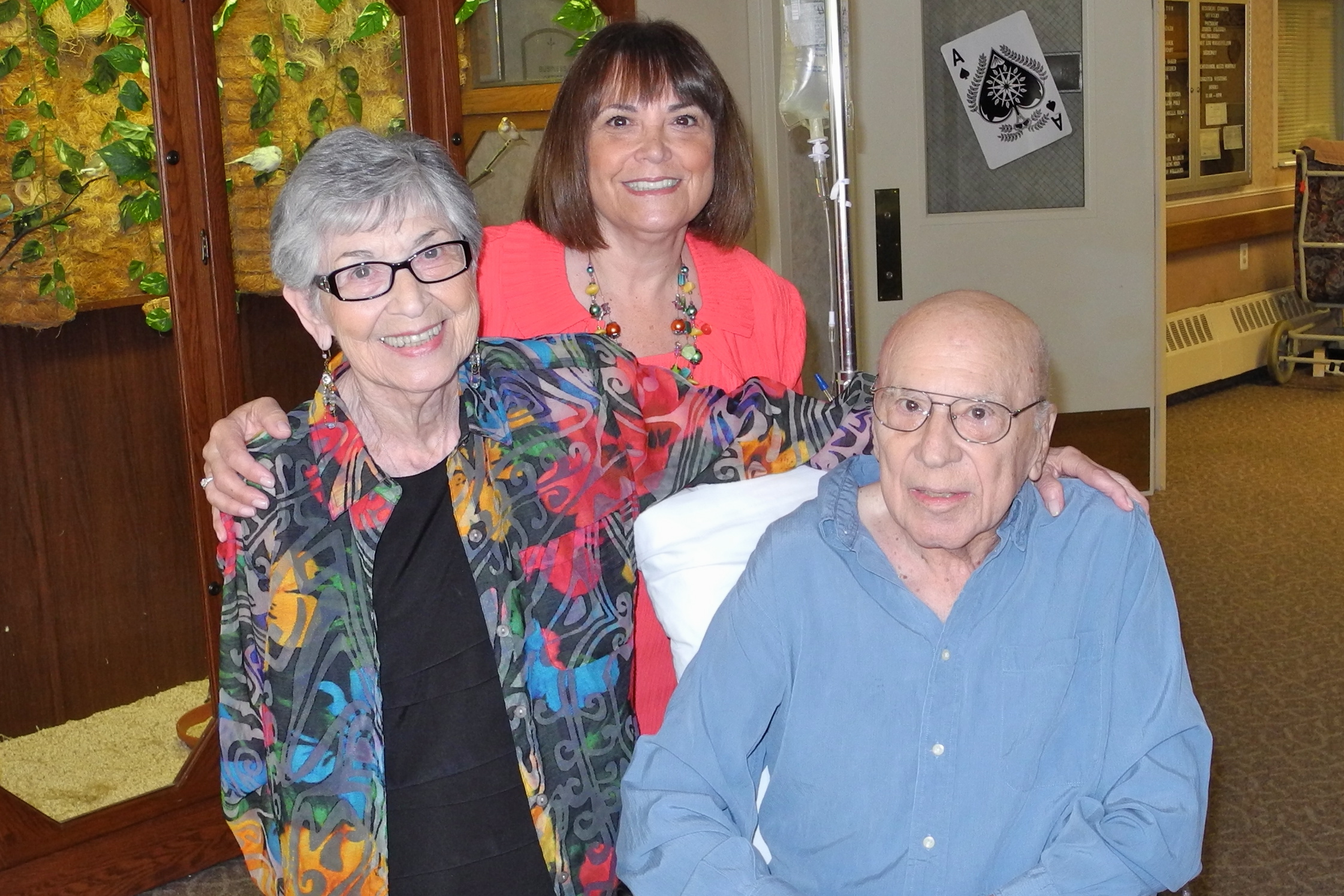 I’m a guilt prone woman but as my psychiatrist husband explained, regret is not the same thing. I can regret things about which I had no choice. Not being there when my father died is an example of the latter. I couldn’t have gotten to his nursing home in time, but I will always regret not being there.

I wish I had been able to be with him to tell him I loved him and hold his hand. I will always regret not being there for that final farewell.

The last time I saw my father was June 24, 2012. We had traveled to the Detroit area for a bridal shower for one of my nieces. It was for the first of two weddings for his granddaughters that he hoped to attend, but it was pretty clear that this would not be in the cards for him. His journey from failed back surgery and a heart attack to rehab to a nursing home had been long and painful. He tried his best to enjoy the visit from us, one of our daughters and her husband, and his three oldest great grandchildren. As the visit went on, I could see his strength waning, resulting in the featured photo, which was the last picture I took with him. 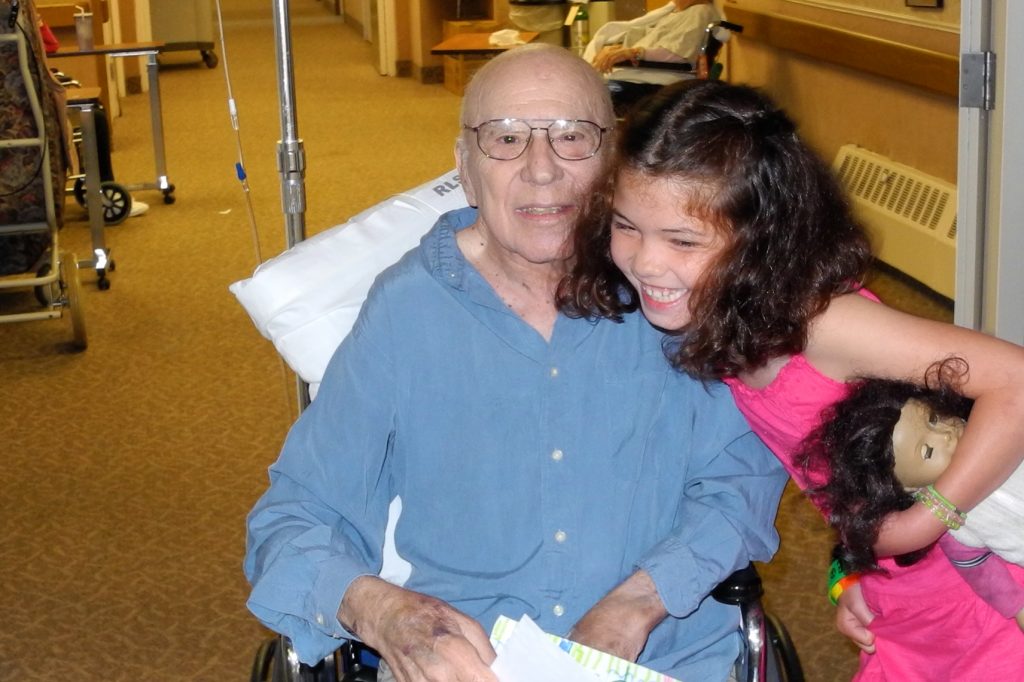 He tried to be cheerful 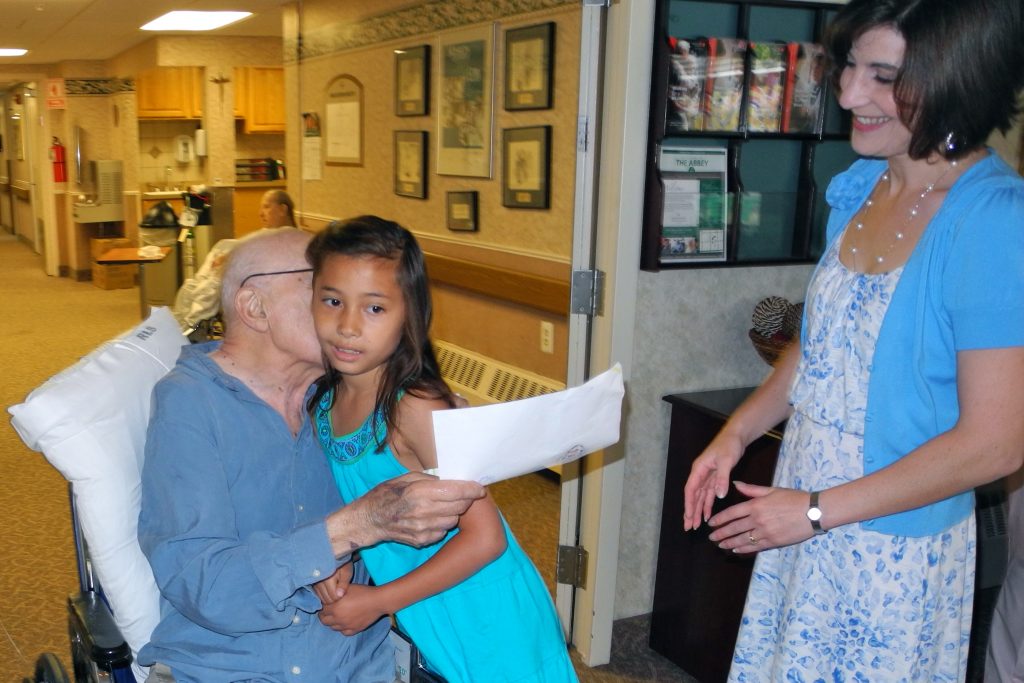 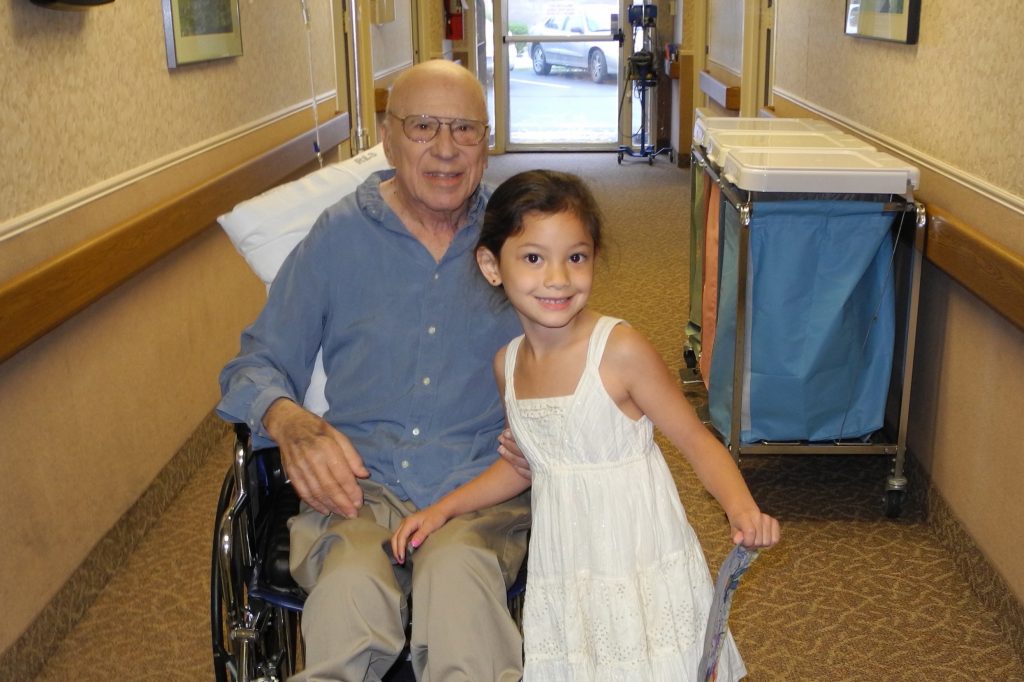 We returned to our home in Evanston, Illinois and eleven days later my brothers called to tell me he had died. I know there was no way I could have known July 5 would be his last day, but my mother and brothers lived close enough to get there in time to say goodbye when the nursing home called. I wish I had been able to be with him to tell him I loved him and hold his hand. I will always regret not being there for that final farewell.

17 Responses to The Final Farewell