Prompted By Let's Put On a Show
3 comments. 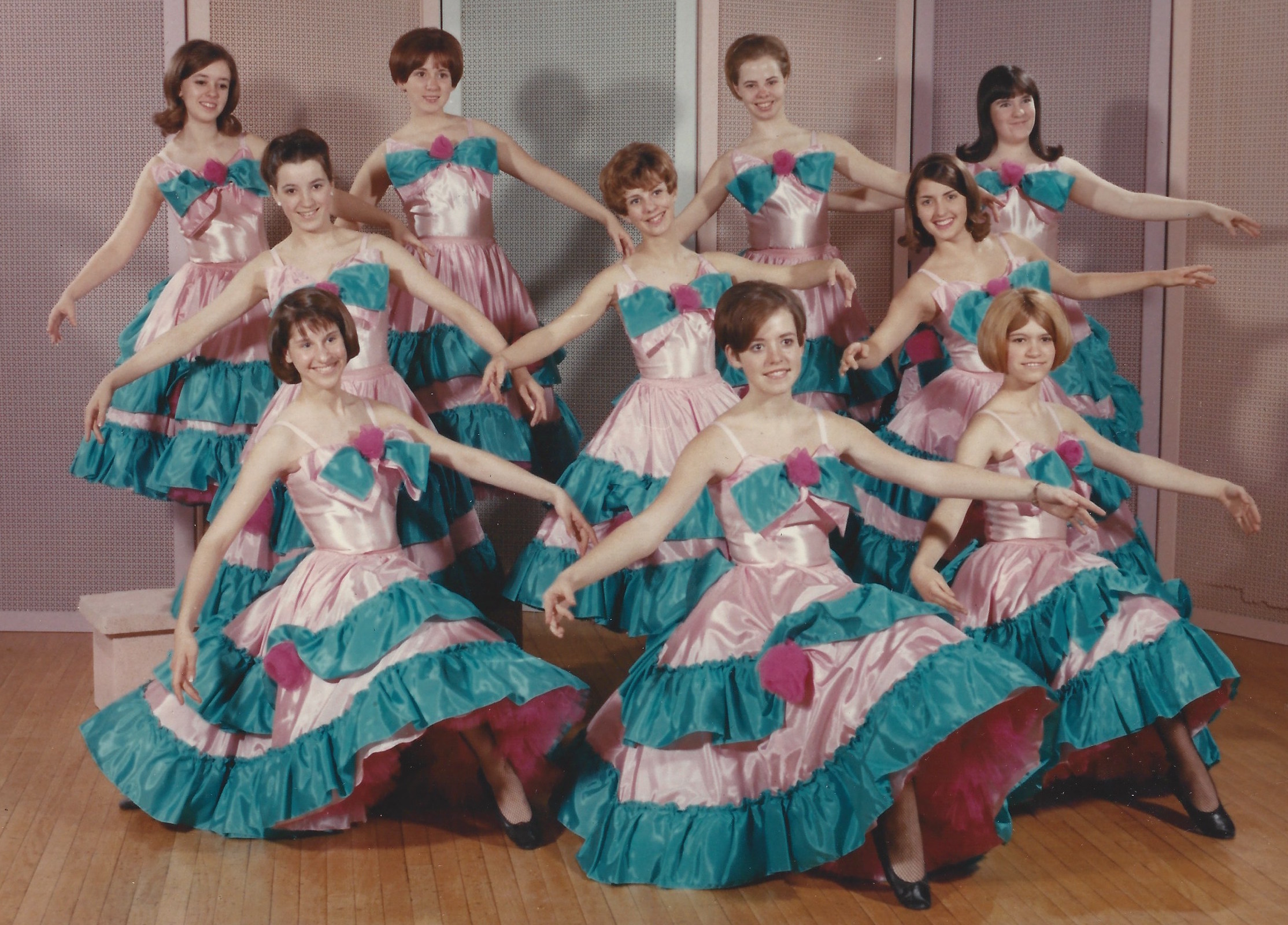 Like many young girls of my era, I was a dancer. My studio started everyone out with a combined class of jazz, ballet, and acrobatics. Later, if we stuck with it, we would have separate classes in ballet and pointe, and maybe tap. It was an eclectic but ultimately well-rounded curriculum that made for an interesting mix of music, dance styles, and costumes.

One of the mothers made these costumes. Yes, I still have mine.

My studio, however, did not have the usual end-of-the-year recital where they rented the local school auditorium and invited parents, grandparents, and siblings to an hours-long ordeal involving the whole school. Instead, family and friends were invited to each individual last class of the year, at which we showed off our stuff. As you can imagine, although this was fun, it didn’t have the panache of a stage show. In its place, the most advanced class was invited to perform two numbers in the traditional yearly local Lions Club fundraiser, which was billed as a “minstrel and variety show.” We didn’t really understand what this meant, but for us this was The Show.

In 1967, my first year in the show, our teachers choreograph a can-can—definitely not your standard issue ballet class fare—which we practice for an eternity. Imagine a flock of sweet young things who’ve been drilled in turnout, high half-pointe, and “attitude.” Now suddenly we’re supposed to bust loose, shake our skirts, and literally whoop and holler while we dance. It’s an overload of high energy, high kicking, G-rated … something. Each of us will take a turn in the front of the group with our solo move. Some are assigned cartwheels and tumbling passes, others split leaps. Mine is turns of some kind: a half dozen fouettés, or maybe a wheel of piqué turns.

The dress rehearsal arrives, at which we and the Club will go through the whole show. We walk on to a darkened stage and see a chorus on risers, and a few men sitting downstage—all in blackface. I’m thinking this is very weird, but since I have no framework for it, I ignore it and just dance. We don’t see or hear much of the rest of the show, but the chorus and soloists sing songs while the ones downstage are the MCs and the comic relief. We are the teenaged eye candy.

I have no idea now how racist this show is because I don’t even realize it is racist. I have no context. I have never met a single black person in my suburban life, and innocently think this is an homage, an honor. Maybe it is on some level, but Detroit will erupt in riots later that summer, so yeah, maybe not. But the Club is doing it all for charity. That’s a good thing, right?

It’s astonishing at this remove how innocent we were. For us it was all about the dancing and nothing else. Before every performance our teachers would say: “Do your best, you never know who might be in the audience.” Which we believed meant there really was someone in the audience just waiting to discover our tremendous talent. Whatever was going on behind us was just another example of men doing inscrutable things. That has never changed.

3 Responses to The Show