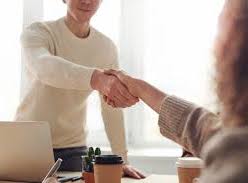 I was having an uncharacteristically difficult time that morning with “John”. Hanging his head and barely responding to my questions, John was proving to be the shyest student I had ever interviewed. Unlike his smooth, well-to-do classmates he was self-effacing to a fault. I knew there had to be something special here, but what was it?

Each child was my child.

I was at John’s all-boys preparatory school that day with my fellow alumni interviewers. We were there to see the Early Action candidates. By definition we understood these students would be highly competitive for admission. Scanning John’s transcript earlier I had pegged him as a likely athletic prospect, a public high school graduate taking a “PG” year before entering college. John’s previous school’s name indicated to me he was probably a working-class kid. I was prepared to like him.

Our conversation went h-a-u-l-t-i-n-g-l-y until John disclosed that he played hockey. Finally–this made sense. The school was known for its hockey greats, as was my college. The ice now broken, we got into the team and his role in it. Still, at the end of our time I felt sure there was something more. I fixed John’s gaze and asked him, in Firm Mom Tone:

“John. Is there ANYTHING you think I should know that you haven’t told me?”

John bowed his head, then raised it, shrugged his shoulders, then mumbled, “Well, I was drafted by the NHL (National Hockey League).” And there it was.

I had been interviewing as an alumna volunteer for more than a decade when I met John. In my mid-twenties the Office of Admissions had put out an SOS to alumni clubs nationwide for extra help interviewing applicants. Most of their professional staff were now out on the road in the fall, recruiting like mad.

Our job as alumni interviewers was (and is) not to exclude candidates but to advocate for them, to make their best cases. Thus, my dogged pursuit of John.

Generally we had less than an hour to gather a personal impression of the student. Later, after reflection, we evaluated him/her over parameters that included intellectual curiosity; leadership potential; potential contribution to campus life; desirability as a roommate; estimation of college academic performance and more, culminating in a recommendation ranging from “superior – sure admit” to “not competitive” or “not recommended”.

It was a great interview when we were able to pass along information that might not be found in a student’s application but might potentially bolster his or her candidacy. We aimed to quote the students as much as possible in our summaries to make their stories come alive. After we submitted our reports to Admissions we crossed our fingers, wished upon a star for “our” kids, and waited for the final decisions almost as eagerly as did the applicants and their families. It was the most satisfying volunteer work I have ever had the privilege of doing.

I started out full of heart and giving every interviewee an “admit”, but almost immediately I realized my error. To be credible intervew rankings had to jibe with the information the Office already had. I suspect that Admissions watched us until they determined we had our bearings and they could trust our judgment.

I devised my own code of practice:

*Each child is my child.

*Recuse myself beforehand if I know his family or friends.

*Give candidates my full attention and their full opportunity.

I learned this last one the hard way. In the middle of one interview a boy exclaimed, “You just rolled your eyes!” I could have done. OK, I did. Doing back-to-back interviews for hours will do that to you sometimes. Mea maxima culpa.

I remember every student and pieces of every interview. Here are two.

Back at John’s prep school  the next year I met with a lovable bear of a boy, “Zachary”, whose strength lay on the gridiron. I listened carefully as he explained how medical issues had negatively affected his grades. I took all of this in to report back to Admissions, along with my positive impression of him. Then, as the interview was drawing to a close, I realized that Zachary’s father had to have been the man who had tried to pick me up in a red convertible the summer before when I was out for a walk. Within a week, this father tracked down my identity, called me at home and pressed me to come over to the house for dinner and have a chat about Zach. I panicked, picturing the moment he would open the door and recognize me–until I remembered that going to a candidate’s house would violate protocol. I exhaled and begged off.

One season Admissions called me in to the office for a few days to help out. My first interview was with “Abigail”, an impressive young woman from a western state. She revealed to me that although her parents were alumni she wasn’t sure this was the place for her. I made the decision right then not to relay her doubts. Every student, I felt, had the right to change his or her mind when all options were real and on the table. As I walked her back into the lobby, a tall man–her father–stood up, his smile broadening as we recognized each other as classmates. I disclosed this in my write-up, of course, but Abigail was more than qualified in her own right. I often wonder what she decided.

I don’t want to overplay the power of alumni interviews in final admissions decisions. The interview’s greatest value lies in its insights into students and their personal qualities. There was one famous instance, however, where the interview made all the difference.

After admitting a young woman one spring the College found out she had murdered her mother as a minor. Horrified, they rescinded her acceptance. All hockey sticks broke out in the national media and within the University, with two law professors gearing up to do battle on her behalf. The College combed through her file for a way out and found it. Her alumnus interview report revealed that she had lied to the interviewer regarding the circumstances surrounding her mother’s death (as any self-respecting murderer might do). The College retained its right to rescind based on her dishonesty.

After 25 years I made the decision to hang up my interviewer’s skates. I felt I was too far removed in time from the campus to do my best by the students. And there were scenes that haunted me, most of them involving candidates who didn’t stand a chance yet who wanted it so much. Worst was the time the mother of a local high school boy called me at home, distraught that her son had been rejected by all of the universities to which he had applied. It was inexplicable and heartbreaking, and the distress of it remains with me still, a reminder that sometimes college admissions can be a painful, painful business.

6 Responses to True Tales of a College Admissions Interviewer