Prompted By View from the Mountaintop
8 comments. 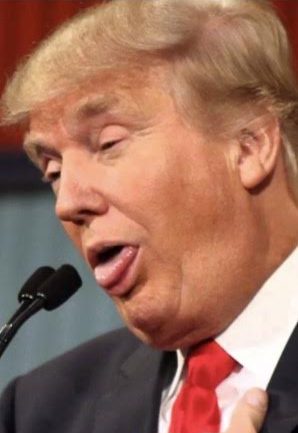 In “Slaughter House Five” Kurt Vonnegut wrote, “I’ve come unstuck in time”. I am not sure if that is the appropriate phrase, or if we are through the looking glass, but we are definitely not bending toward Dr. King’s moral universe this election cycle; far from it. Every day brings some new, disgusting revelation, whether it be more and more evidence that Putin ordered hackers to sway the American electorate in Trump’s favor, or that the Russians have incriminating evidence with which they can blackmail him. Do we really have our first Manchurian Candidate? Someone so totally obsessed with himself and his pettiness that he really got caught with a Soviet hooker peeing on a bed once occupied by one of the smartest, most articulate, most scandal-free leaders we have ever known? Time will tell.

Trump can’t keep his grimy little fingers off of Twitter, and last weekend chose to attack John Lewis, who had his head bashed in while he marched for civil rights. Lewis said that Trump’s presidency was illigitimate and will not attend his inauguration, yet stood with Martin Luther King, crossing the bridge in Selma to get voting rights for his people. No, MLK is twisting in his grave and the moral universe is convulsing.

I remember vividly where I was eight years on January 20th. It was snowing in Boston at noon and I was on a physical therapy table, having a twisted knee worked on. Things were running late in Washington, DC and the swearing in ceremony had not yet begun, but I cried tears of joy, knowing that W was out of office at last and a man I trusted and respected was about to be sworn in. I scurried home and spent the rest of the day curled up on my couch watching every moment of the ceremony. My older son had gone to Washington to be part of history, though he didn’t have a ticket and was on the mall, freezing his buns off.

The night of Obama’s election we had been at a party. David (living in NYC, studying at Columbia) had gone to Ohio, swing state extraordinarie. He stayed with my brother in Cincinnati, doing all he could to get people to their polling places. We left the party before 11pm to be in our own home before the polls closed in CA when the election was called. We talked to each of our children and rejoiced. David told us he was in a bar with the mayor of Cinci and the crowd went wild. It was such a good night. Two weeks ago, the sign at the front of Hebrew Union College, where my brother has taught for close to 40 years, and years earlier was ordained a rabbi, had a swastika painted on it. Trump has made that OK.

On Nov 8, 2016, my husband, not believing what he was seeing, started to bed at 11:15 EST. We got a text from David, now living in London; “I know I don’t call often enough. I love you. I’ll call tomorrow”. It was past 4 in the morning, London time and he was witnessing the Apocalypse. I stayed up two more hours, coming to bed, sure that I was witnessing the decline of the civilized world, as we knew it.

Generations of politicians have tried to pass some form of universal health care. It took Obama two years, but he did it. It isn’t perfect, but it insured 20 million more people than before. Trump isn’t even sworn in and the Republicans are dismantling the ACA, replacing it with…who knows what. I heard a woman in Kentucky, interviewed on NPR a few days after the election. Her husband has kidney failure, needs dialysis and they depend on the ACA for their insurance, but they voted for Trump because they liked what he said about bringing back jobs. She said she didn’t believe he would really do away with Obamacare. Guess what, sweetie!

A woman’s right to choose…defund Planned Parenthood, which is the only way many, many woman get their health care. Republicans don’t care about facts. Pence believes in gay conversion therapy and having funerals for aborted fetuses. We are through the looking glass. The people Trump wants as his cabinet heads are, by and large, unqualified and, in some cases, defiantly against the principles of the departments they are now supposed to manage (not to mention that many have little or no management experience).

We live in a world where facts don’t matter. “I won by a landslide”. Usually losing the popular vote by close to three million votes isn’t considered a landslide in anyone’s mind, but there was Pence, saying it on “Face the Nation” again on Sunday. Basic science is ignored. Global warming is a hoax. Vaccines cause autism. Trump and his clown side-kick, Kellyanne Conway, give “spin” a whole new meaning. If you tell a lite often enough, it becomes their truth. Where he can ignore basic ethical standards to enrich himself, “I’m not going to talk to my kids about the business for 8 years”… yeah, right. You can evidently sucker a lot of Americans, Donald, but not all of us.

So we bid a tearful farewell to the classy Obama family, who had to endure hatred, obstruction, and rose above it. They accomplished a lot and now have to see it destroyed with glee by these craven sub-humans. I shudder to think how much harm will come to this country during this devastating time. How long will it be before Trump is impeached? The mid-term elections are still two years away. Can we survive until then?

8 Responses to Unstuck in Time

We Shall Overcome
by Suzy

Change the world; it needs it.
by Charles Degelman