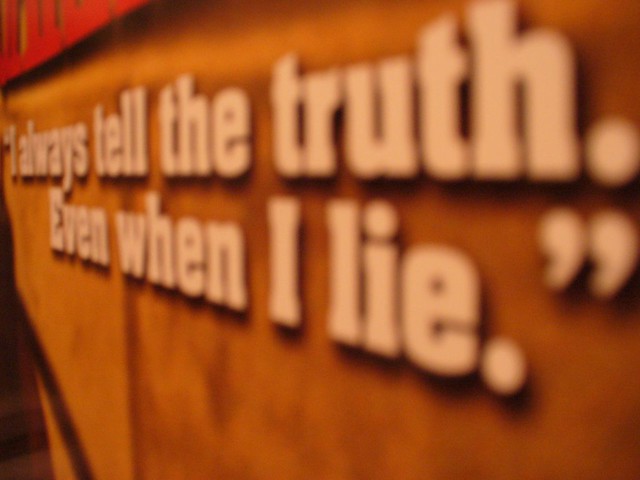 “Trust but verify.” So said President Reagan vis a vis the Soviet Union and nuclear weapons.*  A manifest contradiction, I believe, at least as to “real” trust.  “Real” trust, as opposed to, say, transactional trust – the more superficial trust found in ordinary, day-to-day financial and mercantile exchanges.  Real trust is built upon a shared fundamental honesty.  In such instances verification makes no sense.  It is implicit in the relationship. Unless, of course, the relationship is a mirage.  Two experiences inform this view, the first revealing and the second devastating.

I discovered that those key staff members I had interviewed had withheld documents and flat-out lied to me, to my face. People I knew and trusted.

I was General Counsel of a conglomerate of investment management firms.  In February one year I learned of a potential issue at our Chicago subsidiary and launched an internal investigation, reviewing documents and interviewing key staff members, including the CEO of the firm.  I determined that there had been some transactions that seemed to violate federal securities law but they involved former, not active clients and were several years in the past (and prior to the conglomerate’s acquisition of this firm.)  I informed my boss, the CEO of the conglomerate, of my findings and said that I would add appropriate training at the annual compliance meeting at the end of the year.  But in August I received a call from someone who identified himself as an Assistant US Attorney in Boston.  He informed me that he had a Grand Jury subpoena for my company and asked where I wanted it sent.  Probably the worst day of my career.  It was clear that it pertained to the matter I had investigated internally. I wondered what I had missed, what errors I had made, etc.  I retained outside counsel to investigate and two years later they reported significant violations of securities laws that involved the Chicago CEO.  An SEC enforcement action ensued.  I discovered that those key staff members I had interviewed had withheld documents and flat-out lied to me, to my face.  People I knew and trusted.  As a result, my internal investigation was worthless.  I would not call myself naïve, but I was shocked that colleagues would do such a thing and was profoundly embarrassed.

A few years later I had left the conglomerate and was doing securities and commodities compliance consulting on my own.  A colleague that I had known and worked with for about six years approached me about joining forces with him and another colleague.  “Jack” was a contemporary with equivalent experience to mine.  He had worked at the SEC for some years and later with a major player in the investment management world.  We launched our firm.  Oftentimes in conversation Jack talked about some significant personal financial issues, including dealing with the fallout from identity theft. He regularly made clear that he was far from financially secure.  At one point in the midst of a regular three-way business discussion among us partners he mentioned that his daughter, who was getting married soon, cried herself to sleep every night because it seemed that he, Jack, would be unable to fund a reception.  Having experienced more than one failed marriage and knowing how difficult it was even in the best of circumstances for some marriages to succeed, I offered to lend Jack a fairly significant sum so his daughter could “start out right”.  Jack gratefully accepted.  Sometime later it was clear to me that our business venture would not succeed as such, so I opted out and went back to working on my own.

Not long after I did, and as a result of my communication strategy regarding that development I got a call from “Bill”, the owner of a firm where Jack had worked when we first met and for whom I had subcontracted several engagements.  I knew that Jack’s parting from Bill’s firm had been contentious and that there was ongoing litigation.  Bill proceeded to summarize what Jack had done – and failed to do – when Jack worked for Bill.  And what had transpired in Jack’s subsequent employment with “Ted” in Florida.  It was all of a piece: Jack was a master at skimming tens of thousands of dollars in loans and advances, all obtained under false pretenses. The “identity theft” story? A tall tale. E-mails obtained by Bill’s attorneys included an exchange wherein Jack, having scored another fraudulent windfall, crowed “identity theft does it again!” to which his son, an accomplice, replied, “Dad it’s just theft.”  I was more than a little surprised.  And then Bill described how Jack had even come to him with a sad story about needing to find a loan shark so he could fulfill a promise to his son, who was about to get married, to fund his honeymoon.  Bill had taken pity and loaned Jack the money. Gulp.  In an instant it became clear to me that Jack had scammed me, too. Jack, someone I had known, worked with and even associated with over a long period.  I knew I would never see the money owed, but the shock of that realization paled beside the shock and devastation of the betrayal.

* Those who watched the terrific HBO miniseries Chernobyl may recall that one of the characters mentions that this was a “borrowing” from a Russian motto/saying.

8 Responses to Untruths and Consequences