When Grandmother Ran for Governor by Susan Bennet
10
(22 Stories) 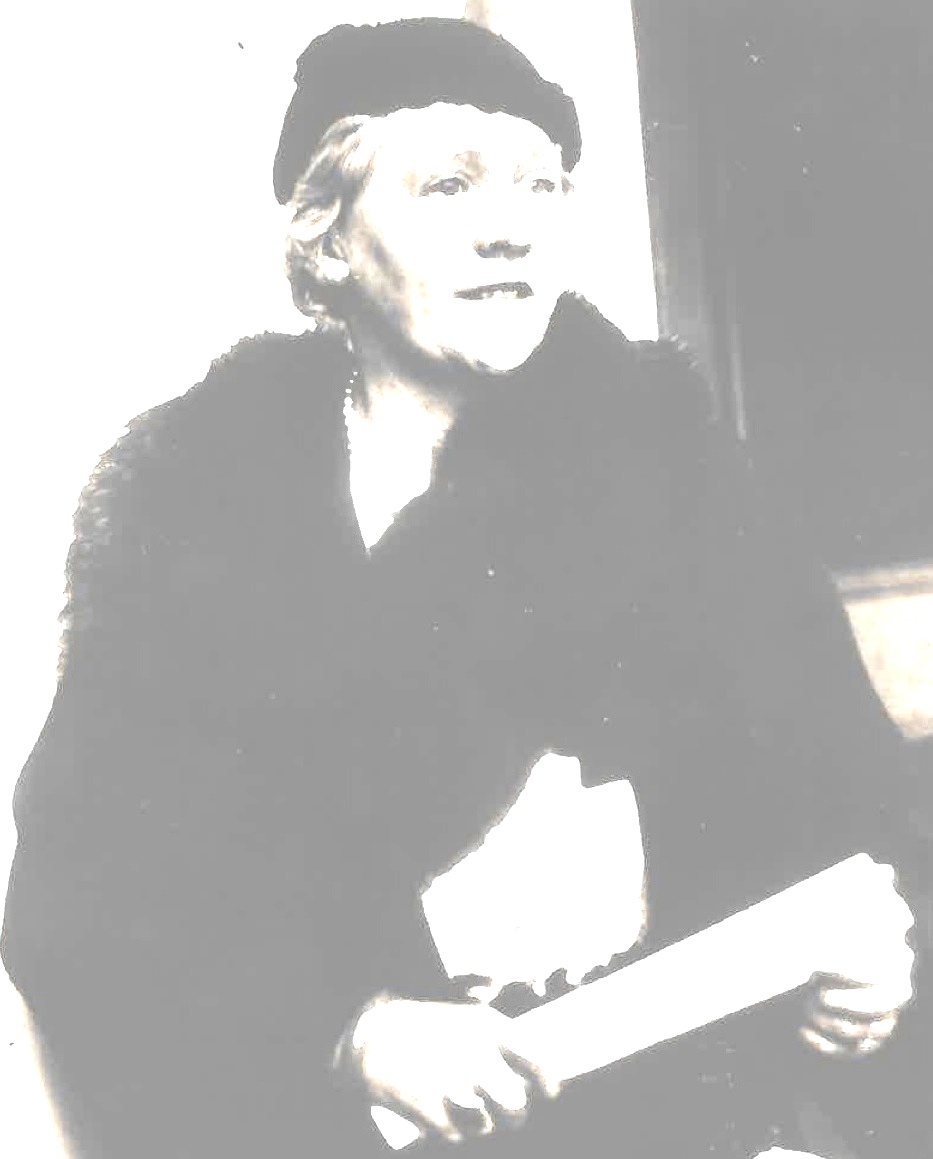 First, let me walk back this title. My grandmother never actually ran for the governorship of Massachusetts. She just announced she would run, as reported in the August 8, 1930 edition of the Boston Herald:

I would never have believed it -- and maybe I should have.

Allston Woman Will Run for Governor

Go big or go home, as they say. She went home. She wasn’t able to get enough signatures to get on the ballot. But she wasn’t done yet. More on this later.

In New England there is a cachet associated with tracing one’s ancestors back to colonial times. My father’s antecedents arrived in 1635, and for years I wore this as a feather in my cap. Silly me. The vigor, the fun, the magic were on my mother’s side—the Johnny-come-lately descendants of Irish immigrants to Boston. By the time I got around to caring, however, the major players were gone.

Enter my maternal grandmother, the redoutable Mary Elizabeth Gallagher, who shall for the purposes of this story be known as “Mary E.” As one of my mother’s friends impressed upon a teenage me, “You must understand, your grandmother was a force.” Interesting, I thought, but I didn’t follow up. By then The Force had faded with age, and in any case our family’s feet were planted firmly in the present and pointed to the future. Snippets of her story flared up intermittently like fireflies in the dark. Some of the details, I gathered, might be embarrassing.

What I do know is this: Mary E. was born in 1888. She had the confidence of an only child and the fierce upward striving and work ethic of her widowed mother and maternal aunt who, from the 1880s, ran a dining room for Harvard students out of their Cambridge home. Her schooling ended in the eighth grade, but by all accounts her mind was magnificent.

Mary E. had married my grandfather, a streetcar conductor (later a fireman), at age 18. In the early 1900s they had two daughters. A dynamic and devoted mother, it appears she did not wait long to get going outside of the home with work and civic engagement. She famously once said, “I don’t understand a woman who can’t get her house in order by nine o’clock.”

Perhaps there was room for only one outsize personality in the household. She was in charge, her husband was easy going, her daughters demure. In middle age, both daughters would model their mother’s strength in navigating their own lives. She made sure both graduated from college; they agreed later it was she who should have gone.

The details of her life are spotty. At thirty she was the forceful matriarch who evacuated her little girls to safety in northern Vermont during the 1918 flu pandemic. By her early forties she was president of the Massachusetts Women’s Democratic Club and the Women’s Political League and involved with a long list of charitable organizations. She had a modest civil service job in the city’s employment department but was described also in papers as an “aide” to famously corrupt Boston Mayor James Michael Curley. She was Secretary of Women for Roosevelt in Boston during the 1932 presidential race and had previously campaigned for Al Smith, but her exact activities within big city politics are unknown. We do know she was a kind woman who brought home elderly and alcoholic “orphan women” she encountered in her job and offered them a room and a respite from their desperate circumstances.

By her mid-forties Mary E. was really cooking. In her ambitious pursuit of the trappings of success she haunted high-end auctions for treasures at fire sale prices—which explains why we had several choice paintings on the walls and silver on the table growing up. She moved her family across the city to fashionable and increasingly incongruous addresses. Her ultimate triumph was bagging a brownstone rental on Beacon Hill from a Depression-distressed Brahmin family. The Gallaghers smiled as they imagined their neighbors, perplexed at the sight of a uniformed fireman entering the house via the front door each night. At the same time, Mary E. never disavowed her humble origins and circumstances. She just buffed them up a little bit.

To this end, she became a master of publicity in support both of her political ambitions and her personal image. My brother’s friend Bob recently found hilarious examples of the latter in Boston newspaper archives. Mrs. Gallagher Sick and Unable to Attend Daughter’s Graduation proclaims one 1935 headline. Nonsense. She had the constitution of an ox. My suspicion is that this was just a ploy to impress: cue the eye rolls. Another story (again featuring a daughter) not only was untrue but truly bizarre. Bravado and blarney it was, and I expect that to Mary E. it was all harmless fun.

Which brings me to the zenith of Mary E.’s striving—her second run at elected office. We can reconstruct parts of it from our friend Bob’s research.

Her 1930 run for governor had fizzled, but in 1933 she threw her hat into the ring for Mayor of Boston. Her candidacy as the only woman among 18 men dominated headlines in the days leading up to the primary.

Here she is in a flattering headshot on page one of the September 22, 1933 issue of the Herald with caption reading, “Only woman candidate for mayoralty nomination declines to quit the race.” And here she is again, photographed on page one of another issue, smiling broadly and sitting center-stage at a table, surrounded by a crescent of well-dressed men who are standing but definitely not smiling.

In yet another piece, she gets two inches of headline—Woman Joins Hub Mayoral Race, Competing with 18 Aspiring Men—and exclusive coverage. In it she claims she has the support of 300 active women political workers. She is identified by the reporter as “the wife of a fire department ladder man” and asked what her husband thinks of it all.

She replies, “I am at the mercy of the women. What can I do about it? The women of my organization believe that on general principles a woman candidate should be in the field. Our work on behalf of men candidates makes us understand the many difficulties which one must face seeking public office. I am a Democrat and will do my best to bring about a victory of a Democratic mayor.”

It was not to be. She had only a few days to gather 3,300 signatures. She didn’t make it. Was it all a publicity stunt? We’ll never know.

Shortly afterward something happened that threatened to derail one of the family’s proudest achievements. A dean at her daughter’s college suggested that this daughter might be happier at another school. Mary E. paid the tuition in installments, but she always paid on time. She concluded that the dean’s contempt could stem only from a stew of snobbery made up of their lack of money, anti-Irish sentiment, or both. I pity that dean. I can only imagine the sound and the fury Mary E. must have unloaded on her that day. Her daughter stayed right where she was. A more intuitive person would never have engaged.

Family lore holds that Mary E. wielded a decidedly masculine influence over men as well. She somehow got both the mayor and the governor to attend my aunt’s wedding. When her husband died, firemen from across the city attended the wake. One fearful man implored another, “Please don’t forget to tell May I was here.” What a pistol.

After absorbing Bob’s notes I had the irresistible urge to put Mary E.’s name into eBay’s search box. Who puts their relatives’ names into eBay? Nevertheless, I did it. Up popped a newswire photo from 1933. Mary E. is pictured outside City Hall, mayoral nomination papers in hand. I’m sure she would have been delirious had she known the story had been picked up by The New York Times.

Mary E. died in 1974 while I was living on the West Coast. She is buried atop a high hill that commands a breathtaking view of Boston’s outer harbor. On her simple gravestone is engraved her name and one word, Mother. I wondered recently if she might like us to add some reference to her political life. I decided, no. After decades filled with color and controversy, being a mother was her proudest role. The daughter of a cook for Harvard students had lived to see her grandsons graduate from Harvard. To paraphrase the words of Teddy Roosevelt, Mary E. had warmed both hands on the fire of life.

My grandmother Mary Elizabeth Gallagher is the most interesting person I never really knew.

One Response to When Grandmother Ran for Governor