Prompted By The American Dream
5 comments. 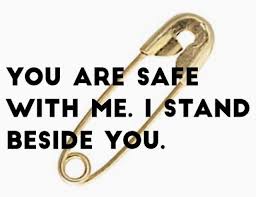 All four of my grandparents came to this country around 1900 from the area we loosely referred to as Russia, although borders were fluid then. My grandfathers were leaving to avoid serving in the czar’s army, and they were all fleeing from Cossacks and pogroms and the terrors of anti-Semitism. They settled on the Lower East Side of New York, with all the other Eastern European Jewish immigrants. They worked hard, met and married their spouses, and each couple managed to save enough to move to New Jersey by the time they had children. (It may seem surprising now, but at that time New Jersey was the countryside, with houses and yards and room to breathe, unlike the NY tenements.) Each couple had two children, and all four of those children went to college. This was the American Dream, and they had achieved it.

I never knew my paternal grandparents, they died before I was born, but my maternal grandparents lived with us when I was growing up, so I knew them very well. They were both so proud of being Americans. They had worked hard to lose their accents, and were so successful that nobody talking to them would ever have dreamed they were immigrants. They always voted. They taught me to value the freedom we were guaranteed in America, not by preaching about it, but by telling stories about the old country. In a first- or second-grade assignment about what we were thankful for, I said I was thankful for my country, because we were safe from the terrible things that happened to people in other countries. To me this was the American Dream.

By the time I was in high school, the Civil Rights movement and the antiwar movement made me start to question whether the American Dream was all that it had been cracked up to be. There were obviously things that were very, very wrong in this country. But if we got involved in the struggle, made our voices heard, maybe we could fix them. Maybe that was the American Dream.

So I protested, I demonstrated, I did whatever I could. And the Vietnam War DID end, perhaps as a result of our protests. Harvard students succeeded in getting ROTC thrown off campus and getting a Black Studies Department established, although the demands to stop campus expansion into working class neighborhoods were less successful. However, I believed that we could actually make a difference, and that “Power to the People” was more than just a slogan. Over the years I continued to protest, to demonstrate, and then also to support political candidates who believed in the things I believed in, with both my time and my money. Surely people working together to make our country a better place was the American Dream.

A week ago I thought we were about to elect our first woman President, having already succeeded in electing our first African-American President, and that seemed like a pretty good realization of the American Dream. If you work hard enough, no matter your color or gender, you can achieve anything!

Now, in the week since the election, it seems like the American Dream has turned into the American Nightmare. I cannot even grasp how terrible things are getting already, and how much worse they are likely to be after the inauguration of the unmentionable one on January 20th. Harassment of women, immigrants, LGBTQ people, Muslims, and, of course, Jews has become shockingly common. So much so that now we are advised to wear a safety pin on our clothing to show that we are “safe” to talk to, and that we will help any member of these groups if someone else starts attacking them. How frightening that this should even be necessary!

The old labor movement song Which Side Are You On? seems all too appropriate now. I weep for the American Dream!

5 Responses to Which Side Are You On?

Where Did the Dream Go?
by Betsy Pfau