Prompted By Riding a Bicycle
8 comments. 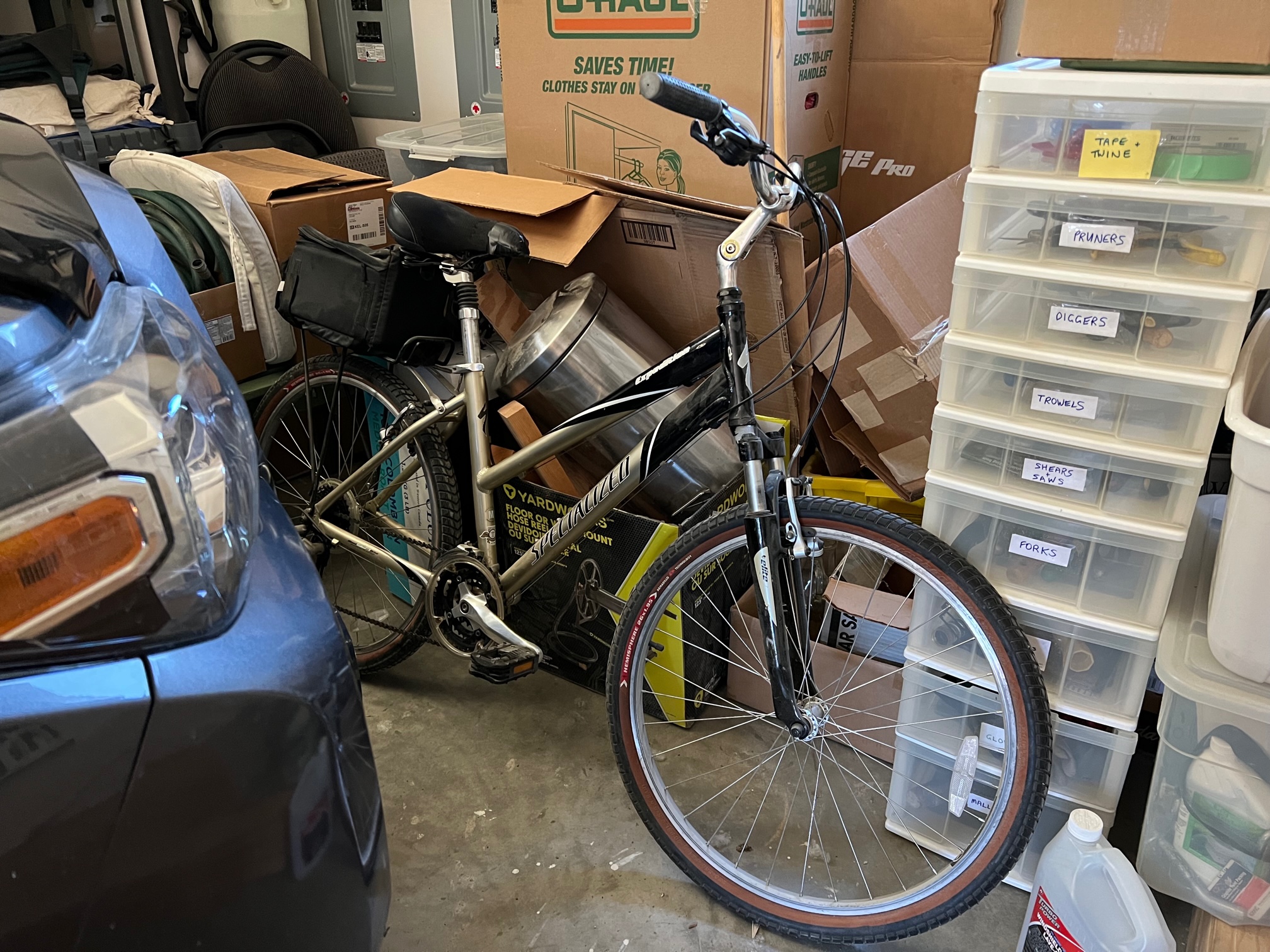 First bike:  Like most kids I knew, I learned to ride a bicycle in the driveway on a sturdy blue one-speed Schwinn with pedal brakes. It was actually my older sister’s bike, but I took to it right away, and am pretty sure I rode it more than she did. It must have been first grade.

They say you never forget how to ride—it is, after all, “just like riding a bicycle”.

That bicycle was part of the “sea freight” that followed us to Vietnam in 1957, and I would ride it up and down the one-block street of houses where we lived.  Past houses where other American and ex-pat families lived, along with better-off Vietnamese.  Nothing seemed terribly grand, just regular houses with a bit of garden.  There was a dog that barked and threw himself against the fence if he was out (and sometimes escaped), and a house where they got a mongoose to fend off snakes.   At either end were city streets too busy to venture out on.

Next bike:  Perhaps in the second year there (was it a birthday? Christmas?) I got my own bicycle.  It was a silver “French” style bike, with narrow tires, lowered handlebars with hand brakes, a high seat and  “boys” frame that you had to throw your leg over to mount instead of the Schwinn’s step-through frame.  Clearly it was a fancier bicycle, but it was also much harder and less forgiving to ride.  If you lost your balance, you couldn’t just put your feet down easily.

My poor dad ended up running behind me in the tropical heat while I worked on becoming more competent on the new bike.  Meanwhile, my older sister still had the trusty Schwinn, but wanted to check out the new wheels too.  I remember her limping back into the house with her palm all bloody where she had reached out to catch her fall off that bike.  Truth be told, we all preferred the Schwinn.

Years pass:  Nonetheless, I did learn how to ride the “hard” bicycle, and years later when I was in high school, went on a few day trips with my good friend Peter, borrowing his brother’s bike.  We mostly rode up the tow path by the C & O Canal outside Washington D.C., both of us on road bicycles with the low handlebars and many gears.  I was proud that I could ride no-handed.  In a fit of uninformed youthful enthusiasm, I was ready to sign up with another teenaged friend who came up with the grand idea of an adventure ride from Alaska to Tierra del Fuego along the AlCan and Panamerican Highway.  Of course that trip was destined to be a no-go, for many very, very excellent reasons.

When I started college in Cambridge, I bought a simple bicycle to get to classes and around town, but the bike spent months under a tarp during the winter months, and it was stolen just as I was leaving school.  That was followed by a long bicycle-free stretch.

Many years pass:  When I moved to a small town in Canada in 2004, it was a good time to try again.  The area was home to an Ironman competition and had a big contingent of sleek-suited cycle aficionados, both road and mountain bikers.  Not for me, but I found a “comfort bicycle” that took me over various trails and back roads, sometimes with a group of other leisure cyclists.  I made some effort to bike to work and felt like a kid as strains of Paul Simon singing “My Little Town” would echo under my helmet (“flying my bike past the gates of the factories”—though these were cherry orchards).

And yet, the momentum waned.  It was far too easy for the weather to be too hot, too cold, or too windy.  Too easy for me to be late, not have time, have too much to carry, too many hills on the route, too much traffic or the destination too far.

The future:  Now that I am retired and living closer to town, there are still excuses.  Too often the bicycle needs tires filled because it hasn’t been ridden.  It sits, mildly recriminating, in the garage.  I walk to the park and beach with the dog, and have an electric car for other errands, but I see more and more grey heads happily tooling about on their bikes.  They say you never forget how to ride—it is, after all, “just like riding a bicycle”.  Do you suppose, once you are riding again (maybe even an e-bike), that you also recapture that free feeling of being a kid?

8 Responses to You Never Forget