A Block of Newspaper by jonathancanter
25
(35 Stories) 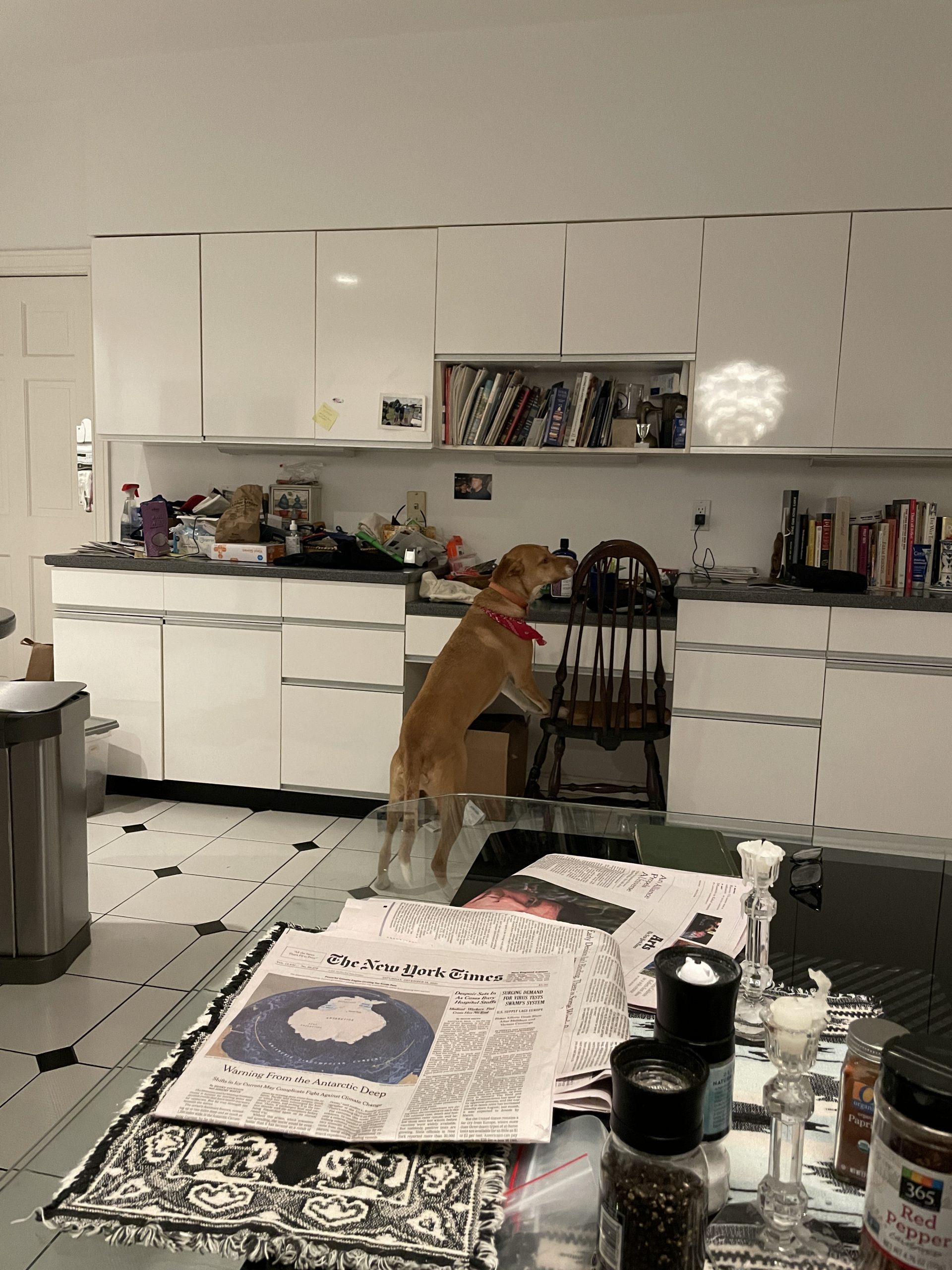 I read (present tense) obits in the Boston Globe every day, except on days when I inadvertently miss them and risk missing notice of death of someone whose death I would like to know about, which could lead to missing a funeral I would want to attend, which could make me feel badly because I believe paying respects in person to a person important to me is an important thing to do in the scheme of things.  There being no second funerals.

I tied piles of accumulated newspapers together to form a solid block of newspaper, which I used as a guest stoop.

There was a time back in my go-go years (broadly defined) when I took daily paper delivery of the Times, the WSJ, and the Globe. I read (past tense) the Globe sports page over breakfast, time permitting, and generally skipped the others. I liked having all of them around, just in case. They kept my countertops stacked, and well-informed. Oh, in addition to Globe Sports I also took a daily dose of paper NYT Crossword.  My BFFs, especially in baseball season, and Fridays.

Back then the obits were not the de rigeur they’ve become in the recent decade when death began reaping her way through my contemporaries.  I’m retired now, retired from most of the things that used to keep me hopping in the morning, parenting, commuting, preparing for the day (shaving, putting on a suit and tie, worrying). I don’t hurry the coffee nowadays. I intend to not hurry anything. I stroll through my on-line newspapers, sip the coffee, do some texts and emails between strolls. I don’t watch or listen to shows in the morning, or to people for that matter. I like the quietude of the virtual papers.

I miss the paper sports page, but not the paper crossword.  The on-line crossword suits me fine, without muss, fuss or inky blotches. By way of an embarrassing admission, in my pre-go-go years (broadly defined) I tied piles of accumulated newspapers together to form a solid block of newspaper, which I used as a guest stoop. A design statement? An effort to expand newspaper utility? Sloth? I should have covered it with a doily to avoid newsprinting guests’ bottoms, but I don’t remember being so thoughtful, or having many guests. I do remember that a block of newspaper, left to its own devices, produces, encourages, and/or releases mites.

I feel lucky to be living in our transformative digital age, to experience the wonders of immediate and constant contact with the world via on-line, to enjoy the ever changing, ever more alluring skill sets available on my I-Phone, even though I don’t have a half clue how things work, or how to fix them when they don’t, and seem proud of my ignorance.  Back in my pre-pre-go-go years (between Blonde on Blonde and Blood on the Tracks), I may have been more curious and less proud, but that switch flipped.  The gap between me and the digital universe expanded too fast for my old school brain to hear the whoosh of, and I quit trying.

11 Responses to A Block of Newspaper

Call the City Desk!
by Dale Borman Fink
“All the News That’s Fit to Print” Should Still Be in Print
by Jacqueline Miller

Falling Backwards into the Fourth Estate
by Jim Willis