A Journey to Maine by Jennifer Swanton Brown
10
(21 Stories) 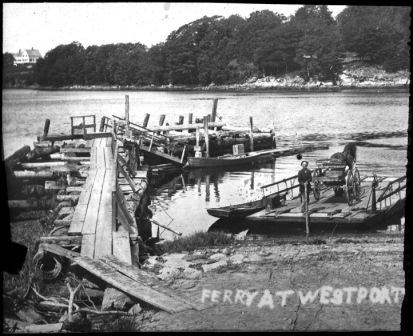 Maine. My favorite destination for most of my life. Land of my mother’s family, we’ve been traveling here for years. The old folks came on the train, by boat, by clunker car, by ferry. My mother was a teenager when the first bridge to the island (where our family’s compound is) was built; her father was part of the committee that raised the money and oversaw construction. I was a teenager when the new bridge was put in, higher off the water in the back river, so that more boats could get around that side   at high tide. The Main Road was paved before I was born, but East Short Road was only paved after I graduated from college and only part way. My mother and sister still live on a dirt road.

Maine is hard to get to from just about anywhere. But I'll make that journey every time. 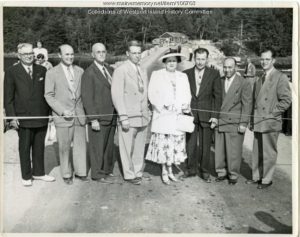 The first time I flew to Maine from California was 1967 or ’68, and my parents gave us all a thrill and flew us first class. I remember the United stewardesses gave us little “Future Stewardess” wings, coloring books, and other goodies. Our fancy lunch came with real silverware and cloth napkins. The chef (a new word) with a tall white hat (not something I had ever seen before) rolled a little cart between the seats and tossed the salad in a bowl right in front of us. We were charmed.

One used to be able to fly non-stop from San Jose to Portland, ME, but those days are long gone. One year I almost got on the plane with my kids and left my husband behind, just to turn at the last minute and see him sauntering toward the gate with his cup of coffee – he made it in time, the flight attendant muttering under his breath about “some people.”  Over the years, and a few nights on the floors of airports like Denver, Chicago, and Dallas, we learned to fly non-stop from San Francisco to Boston. At least we got to the East Coast in one fell swoop and there’s a great bus from Logan to Portland. One year we were delayed arriving in Boston, and had to take a taxi to a motel in Saugus after midnight. The taxi driver was a maniac and I taught my small un-churched children “The Lord’s Prayer” that night in the back seat as we hurtled and bounced along in the dark. All that was left was a room with two double beds; my son slept with my husband and my daughter slept with me. Both grown ups were black and blue in the morning from the kids’ small but nevertheless pointy elbows and knees.

There are so many stories. This year I came to Maine during peak mosquito/tourist season (not my norm) for family reasons. I flew non-stop from SF to Boston and my best laid plans still fell apart at the seams (if that’s not too many metaphors at once). Someone who was supposed to pick me up couldn’t, so I made a few emergency phone calls and waited in the designated smoking section outside the terminal for the second-to-last bus to Maine. I am not sure why they make Mainers wait with the smokers. Logan could stand a little redesign. I didn’t have time to buy a sandwich, so I nibbled on the smashed homemade cookies I was taking to my mom. I arrived at the wonderful Portland Transit Station too late for one relative to pick me up, but another one rescued me, took me home and poured me a cold beer.

It all worked out. It always does. I am not a person who likes to travel, per se, but I love to be other places. So, I’m trying to be zen about the traveling itself. Always carry a bag of almonds, a bottle of water, and knitting. Buy a trashy magazine and charge the in-flight internet to the company. At least when I finally got to Westport Island, nobody had to get out of the car and wake up the ferryman to see if he could take us across the river on his rickety one-car-per-trip boat. Mom tells that story; the ferry only went if the tide was right and the ferryman wasn’t drunk.

Travel is a rather pedestrian word, it makes me think of travail. I prefer journey. These trips to Maine are always journeys of the heart. 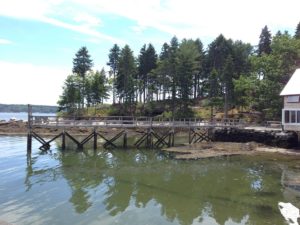 3 Responses to A Journey to Maine