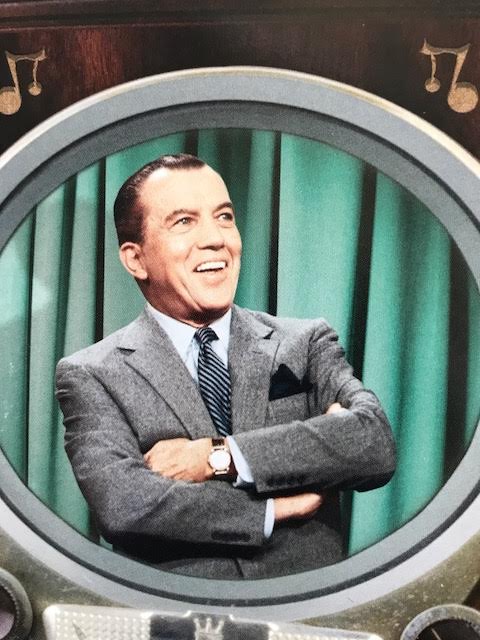 Gathering in the den with my family to watch variety shows was a weekly treat, from The Ed Sullivan Show to Carol Burnett; we ran the gamut. My dad loved sports, but that love wasn’t shared by my mother, so he watched alone…though I often was in the room and now can follow any sport that he watched and am proficient in the language and culture of them. Thank you, Dad.

But the one hour variety shows were the family hour in our household. Just as they ecstatically intoned in “Bye Bye Birdie”: “We’ll be coast to coast, with our favorite host, Ed Sullivan!” As I think back to the variety of acts, the range is astonishing, from Topo Gigio, the man with the Italian mouse puppet, the acrobats, opera singers, Broadway stars, and of course, our first introduction to Elvis, the Beatles, and all the other hip rockers of the day. Ed looked uncomfortable introducing them at the time. And always the introduction of “the really big show”.

Remember That Was The Week That Was?, imported from England, it introduced us to David Frost and was the forbear of Jon Stewart, Stephen Colbert, Bill Maher, John Oliver and others who satirize the news of the week while informing us about the weekly events. My family loved watching it and could sing along with the theme song…”oh what a week it was/ that was the unique, week that was!” One could also connect a direct link to Laugh In from this show, but I watched that show only sporadically. It was a huge hit and I came to love it, but at first I found the routines a bit too broad for my taste.

But Middle America loved to see what was happening in the world of entertainment. As the years went on, shows like Carol Burnett offered sketch comedy with her own brilliant troupe. The routines are still funny and the “Gone With the Wind” act is one of the all-time classics of modern TV. Just seeing Carol coming down the steps with the curtain rod across her shoulders can evoke peals of laughter from all of us. We were so glad to have that time together, just to have a laugh or sing a song. 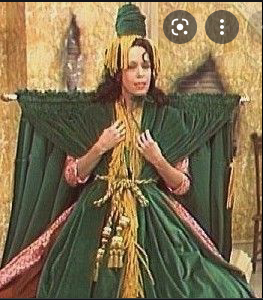 Burnett dressed as Scarlet O’Hara in her mother’s curtains

Now the shows have evolved to contests, from American Idol to Dancing with the Stars. I have limited appetite for any of them. Some years ago, I watched America’s Got Talent for a few seasons. The first rounds reminded me of a cross between Queen for a Day, with all the sudsy back stories and the variety of Ed Sullivan with the twist of a competition thrown in. Much of the “talent” is horrible until the final rounds when things pick up considerably. A few years ago, I was amazed to find one of the acts, Tape Face, a sweet mime with a few clever bits, had his own show running in the West End in London. I couldn’t imagine how he could sustain an entire evening with his act, but I guess that is everyone’s dream…to be on a stage somewhere, be it Vegas, TV or London. “We’re gonna be on Ed Sullivan!”

16 Responses to A Really Big Show