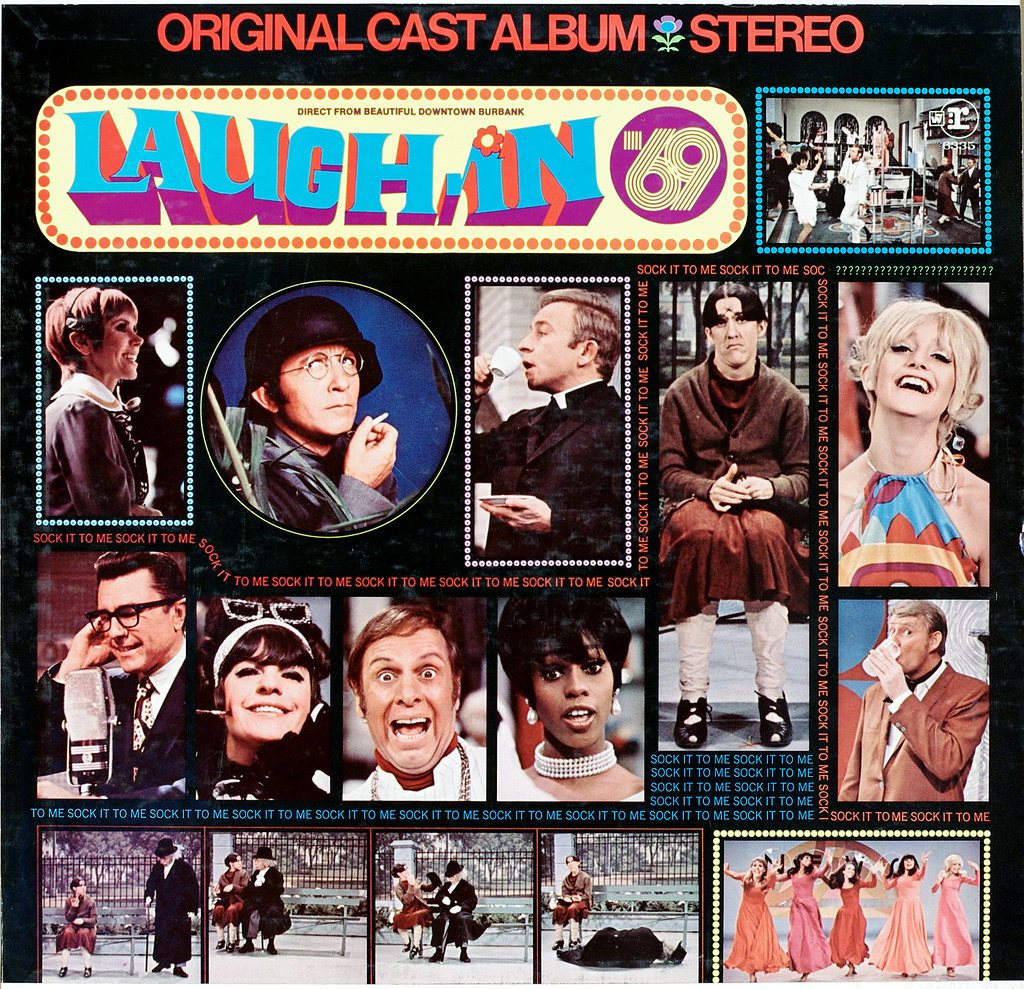 Did you spot Tiny Tim shaking hands with John Wayne in the featured image from Rowan and Martin’s Laugh-In? Remember his rendition of Tip Toe Through the Tulips? I was never a lover of Ed Sullivan (except for the famous Beatles performance) or Carol Burnett, but boy did I enjoy Rowan and Martin and The Smothers Brothers Comedy Hour.

I was never a lover of Ed Sullivan (except for the famous Beatles performance) or Carol Burnett, but boy did I enjoy Rowan and Martin and The Smothers Brothers Comedy Hour.

Laugh-In’s reign, from January 22, 1968, to March 12, 1973, coincided with the early years of my marriage. We were young and suckers for joke walls, irreverent humor, and the youthful cast. Who could resist the young, giggly Goldie Hawn misreading her lines, or Judy Carne shouting out “sock it to me” and getting doused with water? Or Lilly Tomlin’s Edith Ann in a huge rocking chair or her telephone operator Ernestine’s “one ringy-dingy, two ringy-dingy”? Arte Johnson, Ruth Buzzi, Jo Anne Worley, Gary Owens, and Henry Gibson were stand out cast members. The show was silly and, in retrospect misogynistic, but for a couple of immature semi-hippies back then, it was hilarious. Perhaps because it was the antithesis of shows our parents enjoyed, we loved it. 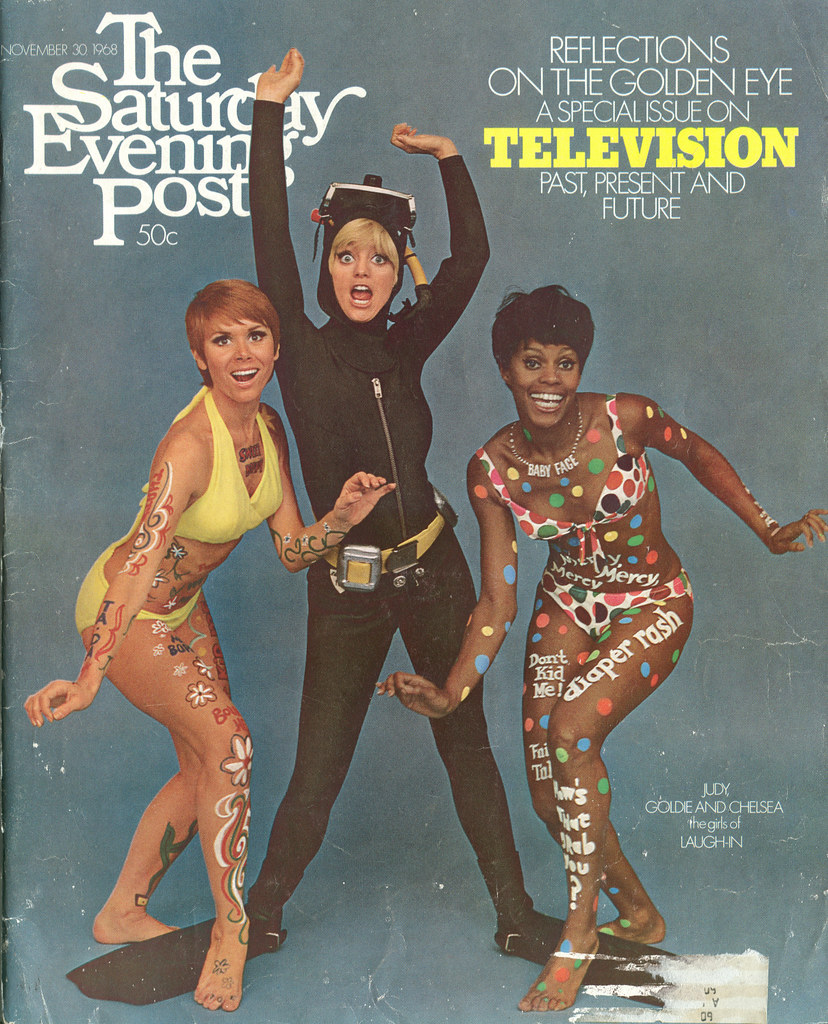 Preceding and overlapping Laugh-In’s reign was another show we adored, The Smothers Brothers Comedy Hour (1967 to 1969). This show actually had something to say, and its satirical, irreverent, anti-war underpinnings resulted in CBS yanking it from the air for being too controversial and firing the brothers even though the show had been renewed for a fourth season. Dick (the straight man) and Tom (his goofy, guitar-playing brother) sued CBS based on freedom of speech and won.

There was a lot of great comic talent on that show. Steve Martin (who also did magic tricks), David Steinberg (famous for his mock sermons), and Pat Paulson (running for President), among others. More like a traditional variety show, they featured guest musicians and comics, but aside from The Beatles there wasn’t much overlap with Ed Sullivan’s guest line up. And who can forget Tom’s frequent lament, “Mom always loved you best”? 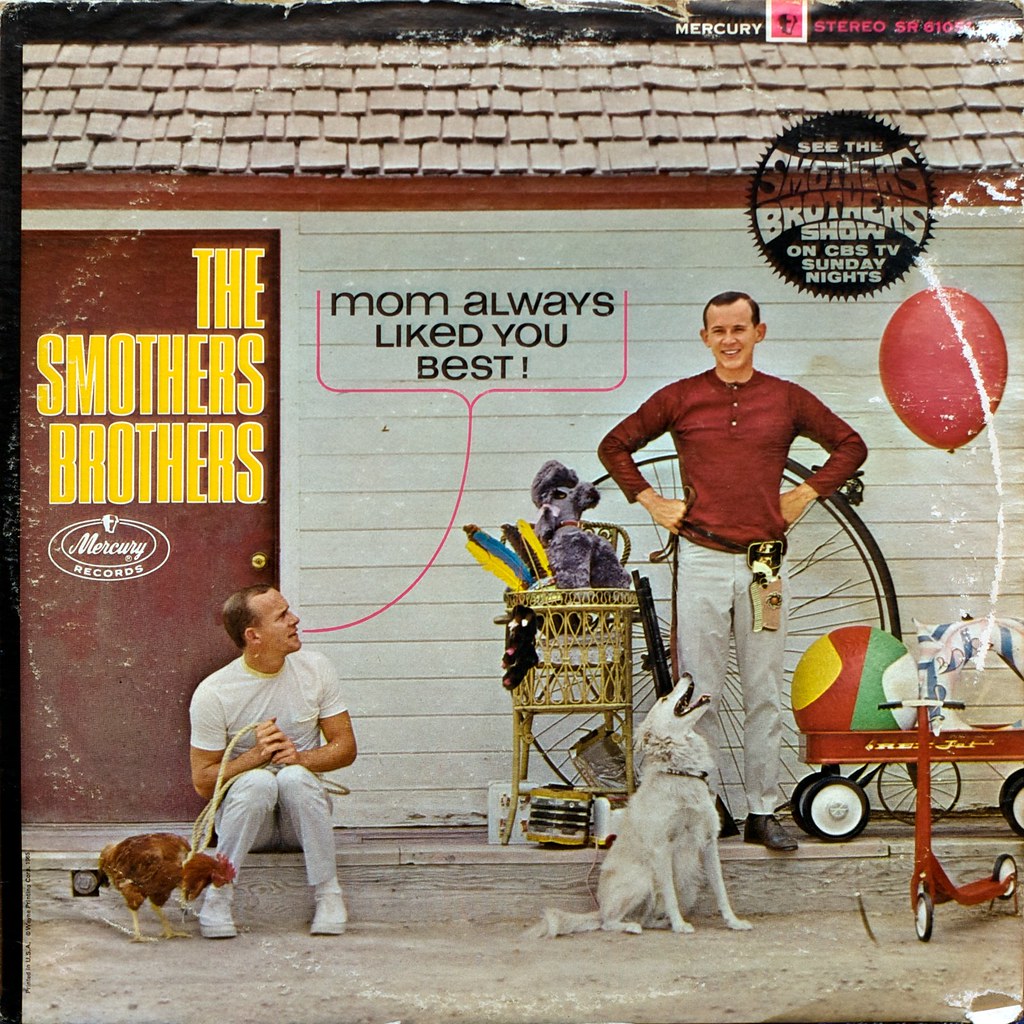 15 Responses to Sock it to Me