About Amphibians and Small People by Mister Ed
10
(23 Stories) 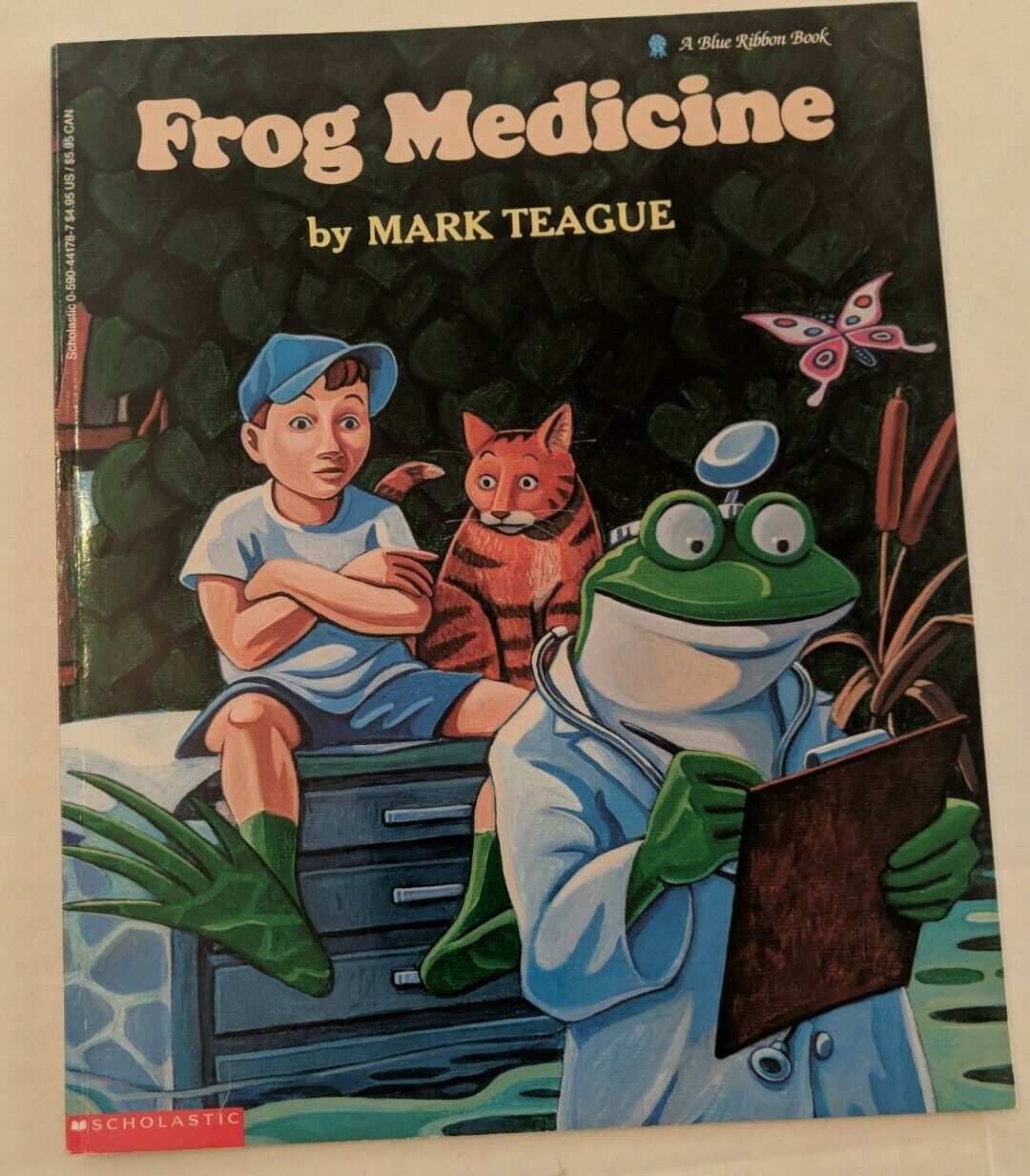 Two children’s books — one from the middle of the 19th Century, the other from the end of the 20th, have a special place in my heart, for different reasons. One was a gift to my grandmother from her mother; the other I read to my daughter almost a hundred years later.

My favorite children’s book is titled “Frog Medicine”, published in 1996 by Scholastic, and no doubt forgotten, judging by its four dollar price on EBay. Although beloved in our family, we have lost our copy. It tells the story of a ten-year old boy who keeps putting off writing a book report. His teacher selects “Frog Medicine” for him. He’s not impressed, and throws it in the closet. He awakens the day before it’s due to see that his feet have morphed into those of a frog, and his doctor recommends a visit to a practitioner of frog medicine.  Not surprisingly, this practitioner is a frog who takes our student on a ride through a non-threatening but Dante-esque Canto in a very wet underworld before it all ends happily ever after.

I remember little of the plot details, which ultimately don’t matter. The charm of the book, to me, is captured perfectly in the picture on the cover where the boy, his cat, and the frog doc are all captured perfectly, each with different expressions on their faces. To see all the art depicting this underworld, you’ll have to spring for the four dollars (free shipping!) and send it to EBay. This book is now enshrined in our family lore, although I cannot honestly say that our children were ever as captivated as their parents were, and still remain by this piece of children’s literature.

But I want to share another book which we all know to one degree or another. I have not read all of it, although I’ve seen a film version by Sacramento’s own Greta Gerwig.

I suspect that most women of our generation (my wife, certainly) spent hours reading and re-reading Louisa May Alcott’s “Little Women” in their childhood. I did not, (spending my time reading the Hardy Boys and other literary classics instead.)  I was entranced, however, when I saw Gerwig’s rendition when I watched it two years ago — entranced enough so that I went looking for an old copy that I knew was hidden somewhere in our house, its two volumes tied together with twine. And there in the top shelf of a secretary (with glass doors and books behind the glass) was the copy I was looking for. Its two green volumes were tied together. 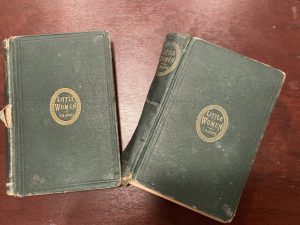 The first volume had glued to it a printed label with my great grandmother’s name, which continued, “from” and then in pencil, “Mama.” 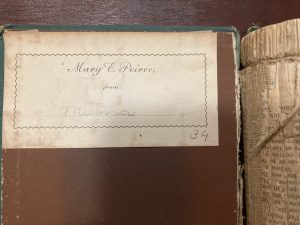 There’s also a penciled name on the next page that I don’t recognize, and glued to that page is a printed picture titled “Alcott House, Concord, Mass.” 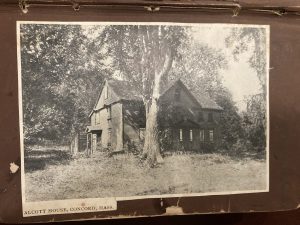 I got excited looking at the title page which at the bottom said, Boston Roberts Brothers 1869; and turning the page I saw a sentence attesting to the fact that it was “entered according to Act of Congress, in the year 1868, by Louisa M Alcott.” 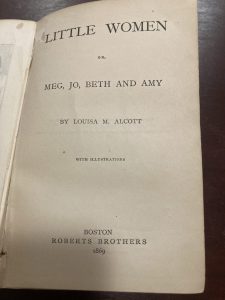 The second of the two books, also in a green cover, looked nearly identical, but the title page also says “Part Second” and a date, 1870, is at the bottom of the page.

Significantly, neither volume (or “Part”) says anything about what printing or “impression” I had in my hand. We have a few old books, but all say what edition they are, or list several copyright dates. First editions, I know, don’t always say so. Perhaps it’s tempting fate or exhibiting two much hubris for an author or publisher to label a book as a “first edition.” In any event, a non-exhaustive internet search showed other books that looked exactly like the one in our house, complete with the same “Alcott House” pictured glued inside, although the one I saw online looked in better shape. The conclusion I draw from this is that I was holding in my hand a genuine first edition of this American classic. In perfect shape, on sale for $25,000. In my case, no doubt worth far less. But a wonderful discovery nevertheless, and a cultural link to the woman in the wedding dress I have pictured from 1920 hanging on our bedroom wall as reported in my earlier story, “A Picture, a Mirror, and a Copper Plate.”

Having enjoyed Greta Gerwig’s film adaptation, maybe I’ll read the book. But in deference to the age of my copy, I think I’ll get a modern printing. Surely it must be out of copyright and not too expensive.

11 Responses to About Amphibians and Small People