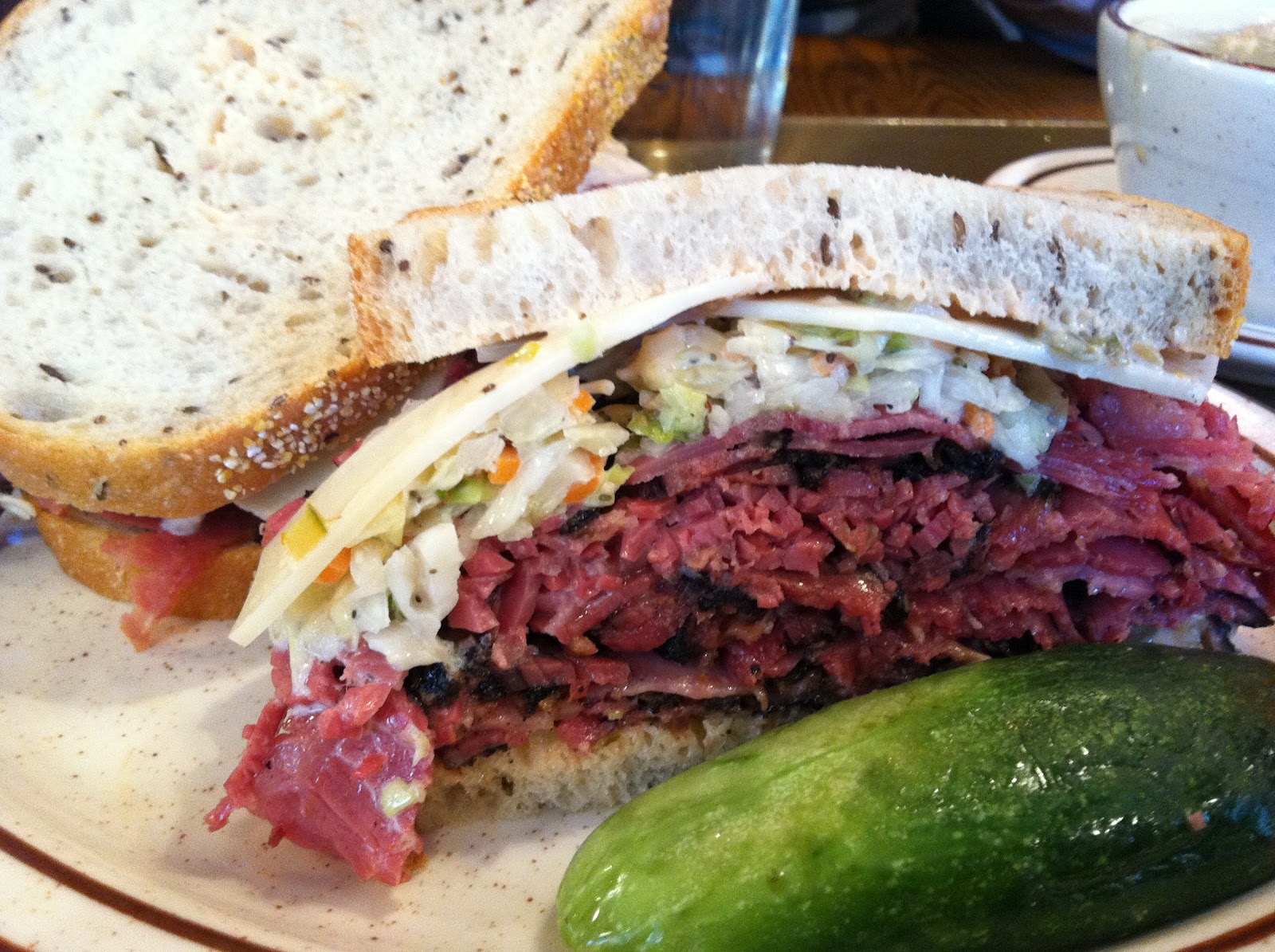 While visiting family in Detroit, I dropped in on my older cousin Connie. She was doing fine, but her husband Jerry had been diagnosed a few years earlier with a rare, aggressive cancer. They had staved off the worst with a series of experimental treatments. Now, according to the family grapevine, he was finally sliding downhill.

He took a bite and chewed it, slowly and deliberately, as the rest of us talked. Then another.

When I arrived, Jerry wasn’t there. His daughter Amy, in town from New York, had taken him out for a spin in his prized, vintage yellow Mustang, which had been garaged unused for months. Connie and I chatted while she prepared a tray of cold cuts, which she hoped would spark Jerry’s failing appetite.

When Amy and Jerry arrived, he was clearly ravaged by the disease. Using a walker, he made his way slowly through the house to the back yard. His caretaker helped him settle in at the table in the spring sunshine. He couldn’t talk much but he smiled—actually grinned—radiantly.

Connie brought out a humongous corned beef sandwich, with chips and pickle, and set it in front of Jerry expectantly. He looked at it as if he didn’t quite know what to do with it. Amy leaned over to me and said, “I hope he can eat some. Don’t tell Connie, but I already took him out for a Coney Island hot dog.”

He took a bite and chewed it, slowly and deliberately, as the rest of us talked. Then another.

It took him half an hour, but I’ll be damned if he didn’t polish off that whole sandwich. Connie beamed and said, “What an appetite! Maybe the new medication is working!”

Amy leaned over again. “More likely,” she confided, “it was the joint he smoked in the car.”

Jerry had the munchies.