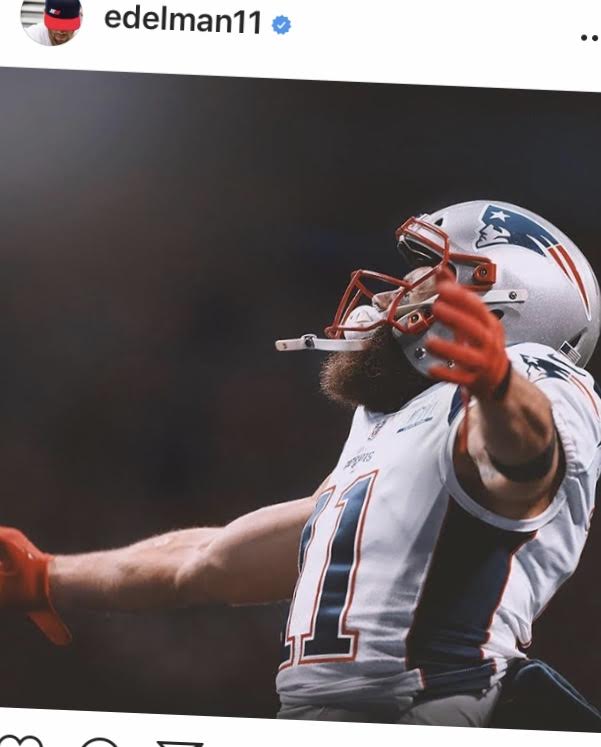 While watching TV last week, I was absent-mindedly scrolling though Instagram, “liking” random photos of British royalty and Patriots, equally. Somehow, I must have liked and followed something called “julianedelmanofficialfanpage”. If it really was his fan page, it would have been marked with a blue checked circle, as is every account of a famous person, but I wasn’t paying close attention. The photos were real enough; Julian at the Kentucky Derby with Brady and friends, Julian in full gear, Julian in white dinner jacket at the Met Gala. They were all standard photos that were also on his official page (I also follow his official Instagram, so I’ve seen the photos). I didn’t think anything of it.

A day or so later, I received a private message from the account; something to the effect that every season he picks five fans to get to know better and I was one this season. Where did I live? I answered: Newton, MA. Seemed harmless.

The next day I received another message from the account. It was full of misspellings and poor grammar, which set off some alarm bells for me. The questions were even weirder, but I tend to be a trusting person…too trusting. This time, the account asked me to say a bit about myself and send a photo (of course, there is my avatar, which clearly shows me, but still). I said I was middle aged, sing in a community chorus and like to watch the Patriots on my flat screen at home. I sent a photo from a year ago. The response was totally inappropriate, asking to meet me. I was very alarmed, deleted all my answers and unfollowed the account immediately. He has my name (which is my Instagram account name; I should probably change it) and knows what town I live in. It is very concerning.

And goes to show that you should be VERY careful who you follow and what you say on social media. There are a lot of creeps out there.