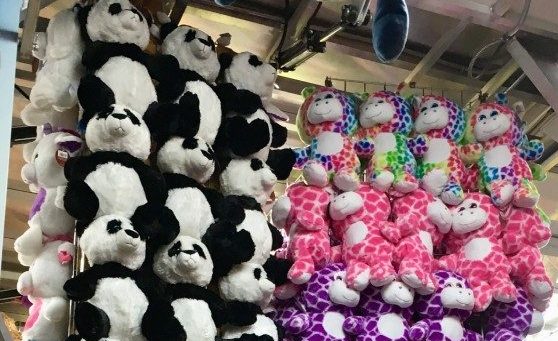 I love Bonnie’s song, and that’s why I chose it as my title, but I disagree with the concept – for me there is no such thing as being too long at the fair!

Despite the title, from a song I love, for me there is no such thing as being too long at the fair!

The first fair I ever went to was the Orange County Fair, in Middletown, New York. This was in the summers of 1964 and 1965, as a day trip from my summer camp, Lincoln Farm, which was about an hour away in Roscoe, New York. I have two very vivid memories from that fair, one great and one not so good. I don’t know if they are from the same summer or different summers.

The not so good memory: One of my chosen activities at camp was music. Not a chorus or choir, just a bunch of kids learning songs from a counselor who played the guitar. Since we were pretty good, our counselor arranged for us to sing at the fair. There was a stage, with a sound system that could be heard all over the fairgrounds, and different groups performed there throughout the day. We decided to sing “Guantanamera,” a Cuban song which Pete Seeger had popularized in 1963. Individual campers would have solos on the verses, and then all of us would sing the chorus. I was supposed to sing the first verse (“Yo soy an hombre sincero/De donde crece la palma”), which I knew quite well and was comfortable with. Just before we got up on stage, I was told that someone else would be doing the first verse, and I was to sing the second verse. A piece of paper with the words to the second verse was thrust at me. It went “Mi verso es de un verde claro/Y de un carmín encendido.” The words didn’t seem to fit the rhythm of the music, and I had never sung them before. I did my best, but I knew it was terrible. All afternoon people would say to me “Didn’t I hear you singing earlier today?” and I wanted to pretend it was somebody else. I was mortified. The lesson I learned that day was never sing a song in public that you haven’t rehearsed first, especially if it is in a foreign language!

The great memory: There were lots of games on the midway, and we had been warned that the carnies would cheat you if they could. But we still wanted to play for the prizes. I found one game that I was actually good at. You rolled a ball down a slope, then it had to skip over a middle compartment and land in the third compartment. (I know that sounds confusing, but that’s as well as I can remember it from 50+ years ago.) You had to do this three times to win a prize. So the first time, I got all 3 balls where they were supposed to go, and won some dinky little thing. Then I did it again, and upgraded to a slightly larger thing. Finally, I was going for a big teddy bear that I coveted. The first two balls went perfectly, but the third one veered off course. So disappointing! BUT some other kids from camp were watching, and they claimed that on the third ball, the carny darted his hand out and back so quickly that it was hard to see, deflecting the ball. They accused him, he denied it, and it seemed as if that was the end of it. Then a counselor complained to security, or some other authority figure. That person wasn’t willing to take sides in the dispute, but he wisely decided that I should get to play another round, and the carny would have to stand outside the booth, so he couldn’t interfere. I did it again, and I won! So I got the teddy bear after all. I was so proud of the fact that I had a stuffed animal that I had won myself, unlike other girls who had stuffed animals that their boyfriends had won for them.

In my adult life, I have gone for many years to the California State Fair, since it is right here in Sacramento. I have lots of pictures, although the earliest ones I can find are from 2014, so maybe that’s when I started taking pictures with my phone instead of needing to carry a camera.

I took my kids from the time they were so young I would be pushing one or another of them in a stroller. At that age, the most fun part was the animal barns. There were always cows and pigs and goats, and sometimes more unusual animals. 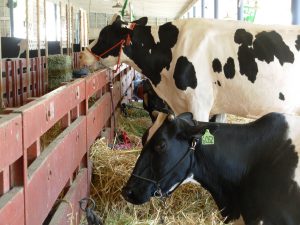 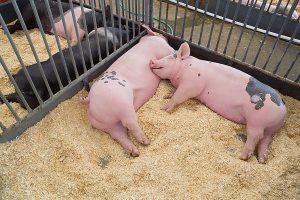 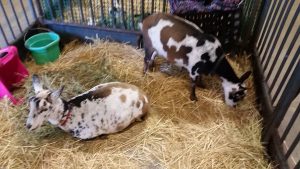 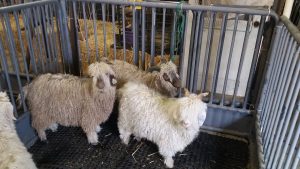 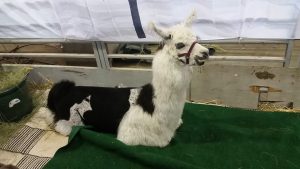 Later on, they became fascinated with the county exhibits. Each county makes a display each year that highlights its best features, from skiing in the mountains to grape-growing in Napa and Sonoma, to movie stars in LA. Our Sacramento exhibit generally includes a big model of the state capitol. Here it is the year the movie Ladybird came out, with Molly posing in front of it. This particular year they just had a photograph of the Capitol instead of a model. Budget cutbacks? 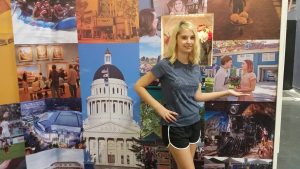 One year, when Sabrina was about 12 and Ben was about 9 (and Molly was in a stroller), we gave the two of them twenty dollars each and let them go play the games by themselves, as long as they stuck together. At one of the games, Ben won a small stuffed snake, but of course was more interested in the bigger stuffed animals. The carny urged him to keep playing, saying he could trade up (similar to what I did at the Orange County Fair, although he didn’t know about that). He kept playing and playing until he had used up all his money, then came crying back to us asking for more, but we said no.

The food is always an adventure, from standards like funnel cakes to more exotic items like deep-fried Twinkies and shark tacos. 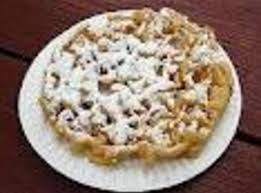 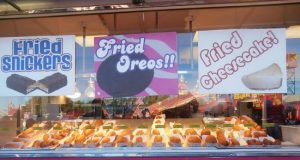 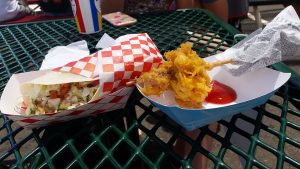 Shark taco and octopus on a stick

We don’t often spend much time on the midway (after that one disastrous experience of Ben’s), although we always like to ride the ferris wheel. 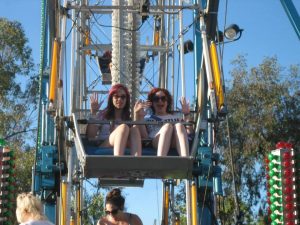 Molly and Sabrina on the ferris wheel 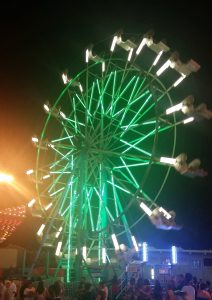 Ferris wheel is magical at night

Indoors there are all kinds of exhibits, which is great when it starts getting too hot outside, because all the buildings are well air-conditioned.

One year Jelly Belly had a booth where you spun a wheel which determined which flavor jelly bean you got, and after you ate it you had to choose between two possible flavors it might have been. Here’s Molly spinning, and then trying to figure out if the flavor was coconut or baby wipes. 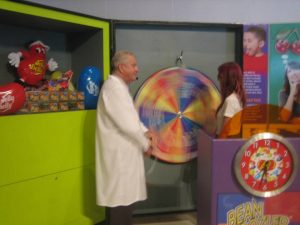 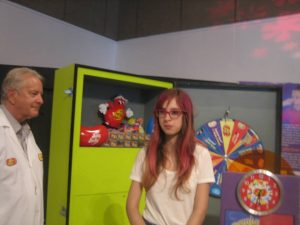 Sabrina took a spin and then had to decide if it was berry blue or toothpaste flavor. She doesn’t look too happy, so I’m guessing it was toothpaste. 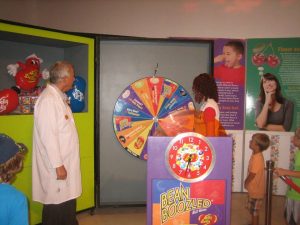 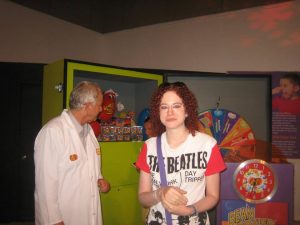 There is always a free concert in the evening We have seen a lot of excellent performers over the years, including Huey Lewis and the News, Eddie Money, Joan Jett and the Blackhearts, and Queen Nation (a Queen tribute band). This one was Pat Benatar and her husband/guitar player Spider Giraldo. 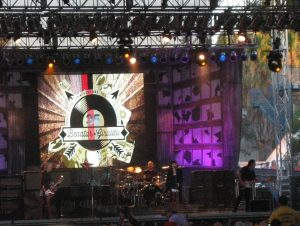 We always take the obligatory picture with the Golden Bear at the entrance to the fairgrounds, either at the beginning or the end of the day. When the kids were little, we lifted them up onto the bear’s back. Later they climbed up by themselves. And finally, as here, the choice was to stand next to it. 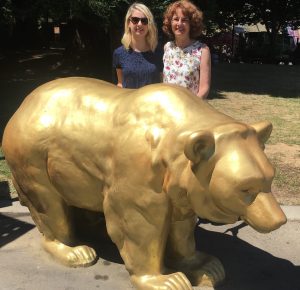 There are so many other great attractions at the Fair: hypnotists, Chinese acrobats, horse racing, as well as art, woodworking, jewelry, and jam competitions, and vendors of all kinds of unusual products hawking their wares (I buy some new product every year!). I feel as if I could write a whole book about my State Fair experiences over the years. But I will spare you. If the Fair comes back in 2022 (cancelled in 2020 and 2021 because of Covid), you should just come to Sacramento and I will take you there to see for yourself how much fun it is.

I close with a tribute to state fairs by Rodgers & Hammerstein, from the very forgettable movie musical State Fair.

22 Responses to Been Too Long at the Fair