Beisbol been berry berry good to me! by Plebe Nardvig
5
(5 Stories) 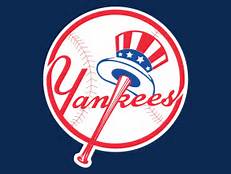 Let me begin this tome by telling you I love baseball, unequivocally, my favorite sport.  I grew up in a town that was baseball crazy.  The weather was such that you could begin practice in Mid-February and you could play until November.  Not so much an always warm Southern California climate, but it was dry, and everyone knows you can’t play baseball in the rain.

I am a baseball fan, fanatic, eccentric. And a subset of that is my love for the Yankees. They have always been my team, will always be my team. I will follow them and listen to them when I can until I cannot hear anymore.

In my hometown, we had a short season A league team that at different times was a farm team of the Atlanta Braves, Chicago Cubs and the Kansas City Athletics.  As a small child I got to see Rico Cardy, Felix Millan and Billy Williams play.  I attended the camps the team put on for kids in the area.  I played pepper with Billy Williams and I played catch with my favorite Bear, their team name, Bob (Roberto) Aguilar.  I remember looking at his first baseman’s glove in awe with its ocean of leather and lack of defined fingers.  At the Bears games they played a bingo game and the first person to get a bingo won a prize.  It’s how I won my first transistor radio, in 1963 and I used it to, that’s right, listen to rock and roll…oh and The Bears.  I remember the radio announcer, Al Bell, who happened to be our neighbor and whose oldest child was my brother’s best friend, calling a home run; “It’s a long fly ball to deep center field, and that ball is…..”  You know the rest.  Al’s voice was deep and resonant with excitement and he loved his baseball too.  I still prefer to listen to baseball, and for that matter most sports on the radio.  We have an NBA team here in Portland, the Trail Blazers, and my typical pattern is to watch the first half on television and then run up to my office to listen to the second half on the radio.  There is no comparison to the tension created by a frenzied announcer and the nuances he or she creates to illustrate the events taking place on the court, diamond or field.  “Oooooh that was nasty” is one of Brian Wheeler’s favorite sayings along with “You had to see that to believe it.”, and “It’s a great day to be a Blazer.”  Before him there was NBA Hall of Fame announcer, Bill Schonely.  He gave us “Bingo, Bango Bongo” when Terry Porter passed to Jerome Kersey who tossed the ball to Clyde Drexler who finished with a monstrous dunk.   And Schonely is the announcer who coined “Rip City”, the sound the ball makes as it strokes the net without striking the rim.

But this story is supposed to be about fandom, and as I stated in my first paragraph my favorite sport is baseball.  In the summer of 1962 when we moved into our new home I was five and would turn six in August.  Our neighbors to the north were and older couple without children.  Every child in the neighborhood was their child and because of their proximity and because we were new my brother and I were the chosen.  Duke, the husband, was a bartender at the Cosmopolitan Hotel in downtown Yakima.  It was the hotel visiting A League teams stayed at when they were in town to play the Bears.  Duke was a Yankees fan, and the reason he was a Yankees fan was because of a local boy made good, who was in the Yankees rotation, Mel Stottlemyre.  Mel was a 23-year-old farm kid, who played for a couple years in the minor leagues before the Yankees called him up, and pitched three games in the 1965 World Series against Bob Gibson, and from then on it was “pinstripes” for me.

I might point out at this time there were no Seattle Mariners to love, in fact there were only two teams on the west coast and both of those were originally from New York, the Giants in San Francisco and those stinking Dodgers in Los Angeles.  So for a little kid, with a love of baseball and no local, or for that matter regional team to root for, and with a local kid playing for the Yankees, well that was it.  I have had to explain many times to my friends who are millennials why I love the Yankees when the Mariners are our local team.  I just shrug my shoulders in my Majestic New York Yankees jacket and explain to them the Yankees have my heart, have always had my heart and will always have my heart.  If they protest I simply begin to list the names of players who I am familiar with but played before they were born or when they were too young to appreciate the sport.  Berra, Maris, Mantle, Ford, Murcer, Pepitone, and yes Mel Stottlemyre my hometown hero.  These men were all players who came up in the Yankees organization and played most if not all their baseball careers with the Yankees.  Yes, the Yankees have poached players from other teams, most notably Reggie Jackson, from the Oakland A’s and who, on a cold fall evening in 1977, turned three first pitches into three monstrous home runs and became Mr. October.

Another event that occurred in 1977 was Seattle’s acquisition of an expansion team, the Seattle Mariners.  A farmboy, former multiple 20 game winner and my baseball hero would be their first pitching coach.  Of course, from 1996 through 1999 he was the pitching coach for the Yankees as they claimed four consecutive World Series titles.  Yes, life goes on.  Over the years I have made hundreds of trips to Seattle to watch the Mariners and most of those trips have been to see the Yankees.  I saw A-Rod start his career in Seattle then finish with the Yankees.  In 2001 the Mariners tied the record for wins in a season, 116, and their manager was another of my all-time favorite Yankees, Lou Pinella.

I am a baseball fan, fanatic, eccentric.  And a subset of that is my love for the Yankees.  They have always been my team, will always be my team.  I will follow them and listen to them when I can until I cannot hear anymore.  I will continue to drive 165 miles to Seattle one weekend per year to see them play as long as I can, and when I can’t drive I’ll take the train or the bus.  I will, and I now have my right hand raised and my left on a Bible, hate the Red Sox and I will celebrate with glee when players like Roger Clemens, Johnny Damon and Jacoby Ellsbury leave the Red Sox for the promised land of Yankee Stadium.  And I will curse those, Johnny Damon, who return to Boston.

This year as I write this, the Yankees are in first place in the American League East division, baseballs strongest division year after year.  It is their rightful place, their ordained place and after this baseball year is over I will look forward to seeing Joe Girardi change is uniform number to 29, which will mean that they have won that 28th World Series championship and are preparing for number 29.

As baseball patriarch Chico Esquala of the Chicago Cubs used to say, “Beisbol been berry berry good to me.”

4 Responses to Beisbol been berry berry good to me!