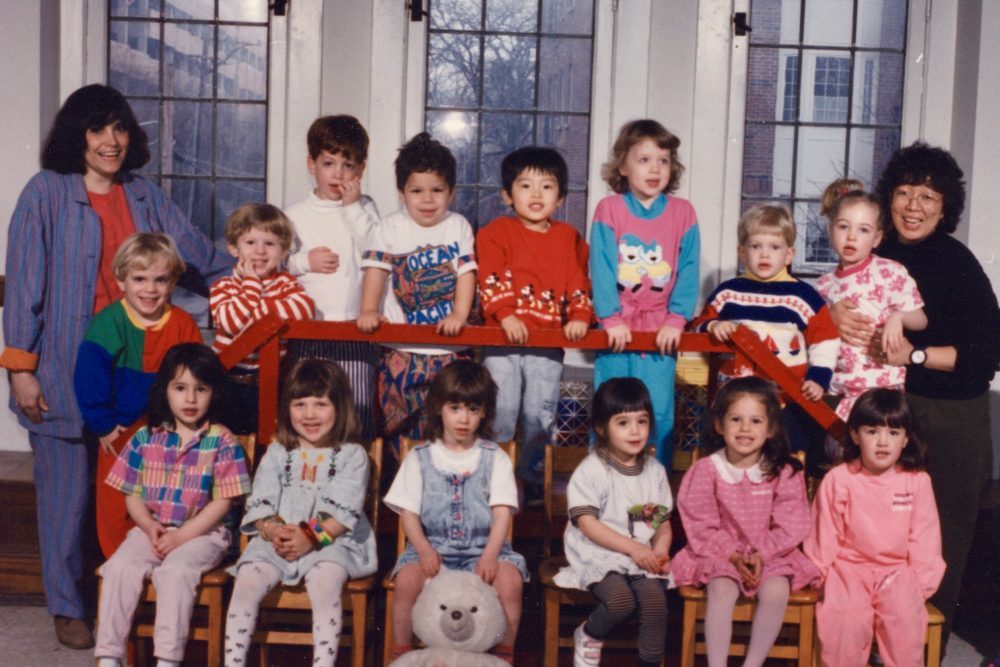 Me with last graduating class of preschoolers at church school

I’m a trusting soul by nature. I’m also naïve and too often take things at face value. These personality traits led to a betrayal that wounded me deeply but ultimately inspired the greatest accomplishment in my career as an early childhood educator, starting a new preschool. But the betrayal part came first, and it consumed over a year of my life, producing unbelievable stress, disillusionment, and anger.

Ironically, being betrayed by a church led to the creation of an early childhood program based on values to which religious institutions should aspire: community, inclusion, acceptance, caring, kindness, and love for children.

My job as director of a church-housed preschool program fell into my lap. I was teaching at the nursery school my own children had attended. Back in the 1980s, I could be hired to do this because I had a teaching certificate (for high school) and was nice. I quickly realized that being nice and loving little kids would only get me so far. I decided to go back to school for a Master’s in early childhood education so I would actually know what I was doing. It turned out that becoming director of a school for over 100 little ones didn’t require more than being halfway through my graduate program, thus launching my new career.

For six years, I figured out how to be a competent early childhood administrator. I was content with ensuring the program, which had a 35-year reputation for high-quality, thrived. The seventh year was another story. A new minister was hired who knew nothing of the nursery school’s history of providing non-sectarian, developmentally appropriate programming to the community. At the same time, new life safety fire codes for child care went into effect, requiring churches that housed early childhood programs to upgrade their buildings at great cost.

Mixing early childhood education, governmental mandates, church politics, and money turned out to be a dangerous brew. The new minister challenged all of the values our school espoused, and I took the bait, defending our program’s mission and educational philosophy. In my naïveté, I thought we were only debating philosophies of early childhood education and underestimated the forces that had combined to create the tension between the church and the preschool within it. Being unaware of the church’s secret meetings over the direction of the nursery school, I felt totally betrayed and blindsided by what happened next.

In January of 1990, the church was told it could no longer ignore the new fire regulations. In private meetings that did not include me or anyone involved with the preschool, the minister and some church leaders agreed the nursery school in its current form was not worth the investment to improve the facility. They questioned why the church should serve a community that wasn’t adhering to Christian principles (very few children who attended the school belonged to the church and many were not Christians). Hoping to avoid the $250,000 life safety project by becoming a religious church school, or failing that hoping to sell the investment to his congregation, the minister declared that the nursery school’s purpose should be to train children to make moral decisions by teaching them bible stories. I was not aware that the church leadership had been discussing this for over a year.

The 1990-91 school year began with the program in limbo and with me lobbying to make all of the turmoil public. Parents, I felt, had the right to know. The church leadership finally relented and a meeting took place on November 8, 1990. The gathering included church officials, 75 preschool parents, the teaching staff, and me. In his welcoming remarks, the minister stated, “secular individualism will destroy public life in America,” and that the solution lay with God and the ancient bible stories. During the public comments, over 25 parents spoke, including ministers, church members, educators, and therapists of every stripe and color. The outpouring of support, even from church members and religious parents, overwhelmed me. The thread that wove its way through the comments was that the nursery school was an excellent early childhood program that was already providing moral teaching through its emphasis on respect for others, kindness, and acceptance of all people. I invited church leaders to come into our classes to see what we were actually doing and to read our curriculum. Unfortunately, no one came or read.

On the evening of our second scheduled town hall meeting, war broke out. I’m talking about actual war, the first Gulf War, Desert Storm. The low turnout was viewed as proof that our preschool community did not really care to engage in dialogue or to compromise. The fact that a war had started that evening and most people were home glued to their televisions (no mobile screens in those days) watching “shock and awe” didn’t matter.

No further meetings took place. Things went from bad to worse. I participated in ridiculous discussions in which I was told that psychological theories such as Piaget’s were inadequate, and that “socialization stunts faith development.” The minister believed that values were better prior to World War I, and that the pilgrims came here to start a moral society. When a teacher pointed out that society before World War I excluded women and minorities and that the pilgrims were seeking religious tolerance, the man was adamant that his view of history was the one true way. Complaining about the suddenness of these views was useless, as he told me that all of these opinions were in “Theological Guidelines for Education,” written by him in 1989.  Somehow, I missed that publication. My staff and I continued to make impassioned pleas for our school, explaining that we saw teaching pro-social behavior, empathy, and acceptance of others as the highest form of moral teaching and that bible stories held little meaning for preschoolers. Learning for little ones needed to be developmentally appropriate, not didactic. Sadly, the wall was up and no amount of reasoning would prevail.

Unbelievably, I began the 1991-92 school year still hoping to save our preschool. By now, the church was in the throes of the life safety work required by the city and dust was everywhere.  Between that and the stress, I developed asthma that was often so debilitating that I couldn’t complete a sentence without coughing. While communications regarding the future direction of the preschool were non-existent that fall, there were busy bees at work behind the scenes.  I was accused of being unwilling to implement a full day program, which had never been discussed with me; the summer preschool program that had been approved was suddenly un-approved; and it was clear that the church was moving in another direction that did not include me. Feeling despondent and betrayed, I had to admit it was over and I resigned on January 13, 1992, effective at the end of the school year. At this point, I had no idea what I would do. I thought about returning to teaching English or perhaps looking for a directorship elsewhere or staying home and baking cookies. I never expected what followed my letter of resignation and how it would set into motion the thing that changed my personal and professional life.

The same day I submitted my letter, most of the members of the nursery school board resigned, followed by the resignation of the entire teaching staff. I realized I had a school and a board and just needed to find a place to put it. Several parents and teachers were happy to join me in my delusion that it would be easy to start a new school. We all felt so betrayed by the endless negotiations that preceded my resignation, and our righteous anger was a powerful motivator. But community and sharing a common purpose soon became the driving forces.

Amazingly, our new board for our imaginary new school met the day after I had resigned. In exactly nine months, we gave birth to Cherry Preschool. It was a huge team effort, and being part of it was a truly remarkable experience. I learned to trust myself and to value the importance of people coming together to serve a cause greater than themselves. We needed to find a location and solicit funds. We had no toys, storage units for them, tables, chairs, easels, art materials, or supplies to put into our non-existent building… in short, we had nothing. What I learned on this journey was that we really had everything that mattered. We had a community of parents, leaders, and learners. The rest was simply logistics. 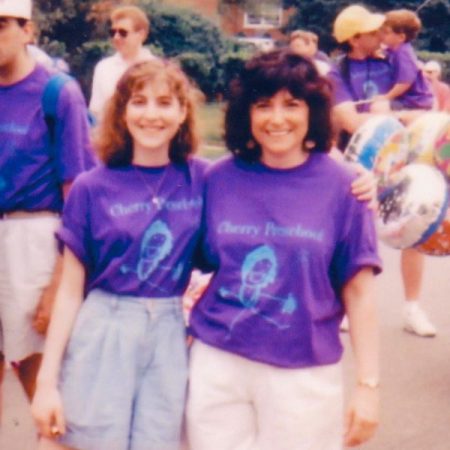 Marching in the Fourth of July parade with the new school

Looking back, the betrayal I felt by the Church leadership was made possible by my belief that honest communication and reason would prevail. Ironically, being betrayed by a church led to the creation of an early childhood program based on values to which religious institutions should aspire: community, inclusion, acceptance, caring, kindness, and love for children.

8 Responses to Betrayed by a Church