Prompted By How We Met
15 comments. 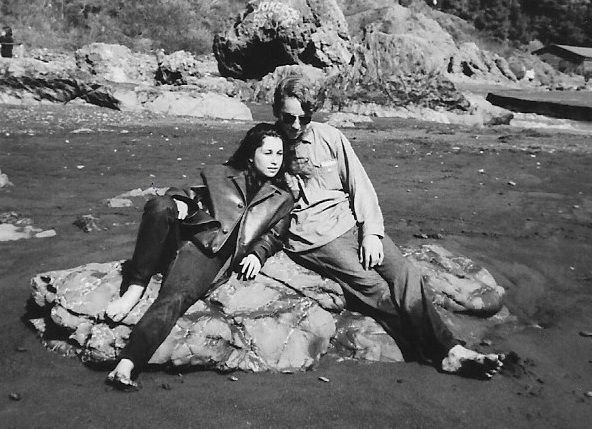 This is how it started.  I asked him to write down the lyrics to “Both Sides Now” for me.  We were both seniors in high school, hanging out in the same circle of hippie wannabe ne’er do-wells. The song was on the radio all the time and I wanted to learn the words. I knew he knew them. So the next day he handed me a tiny yellow scroll made of stuck together Zig-Zag papers with all the verses of  Joni Mitchell’s song written in his tiny, barely legible printing.

We were teenagers, about to fall in love. That dizzy dancing way you feel . . . 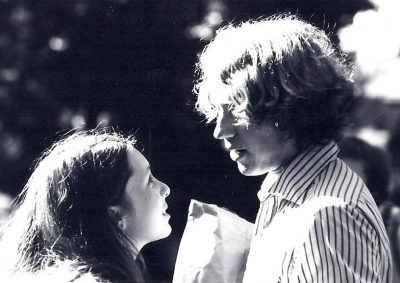 I don’t remember who said it first. I don’t remember how long it took before one of us noticed we were in pretty deep. These things happen when you’re not really paying attention. One day you’re goofing around with each other and the next thing you know you’re always looking for places to make out. The coincidental meetings become less coincidental. Friends begin to notice. And then you start doing the things that define you as a couple. You hold hands a certain way. You know all the lines from A Thousand Clowns, which you both have seen a million times.You start your tradition of in-jokes and secret meanings. It’s important that no one else understands these things. They belong to the two of you and no explanations are offered to anyone else. You begin building a world around yourselves, daring anyone to decipher your private code.

You flaunt your feelings then. As the song says, “. . .and feeling proud/ to say ‘I love you’ right out loud.” Who said it first? Does it matter? Not really.

We went our separate ways for the summer after graduation, and wondered if time and distance would make a difference in how we felt about each other. Letters, so many letters. Private thoughts, deep thoughts, longing, in-jokes: piles of letters written from great distances over a couple of months. Letters saved, but eventually lost in a fire. Letters you wouldn’t necessarily want your children to find one day, even though his handwriting was nearly illegible anyway.

He went away for his first year of college, but then he came back.

And after four and a half years of being a couple, we got married.

What was it that brought us together at 17? We came from different backgrounds, different religions. He had a clear idea of what he wanted to do with his life and who he wanted to spend it with. I had no idea about any of that. He was patient and focused. I was a moving target. And then. . . and then, we kissed in the rain and we held hands and it just felt right to be together. I loved his hands and the way he listened–really listened–to me, and the way he made me feel secure and cherished and loved. When I needed him most, there he was–with a shoulder to cry on, and all the time in the world. I baked him a cake for his 18th birthday, and have celebrated every birthday with him since.

Today, when he looks for me in a crowd, I think he’s still looking for that dark-haired teenage girl he fell in love with close to fifty years ago. I wonder if that’s why it takes him a while to find me sometimes. It’s true that we are grandparents now–but look closely: those teenagers in love are still here. 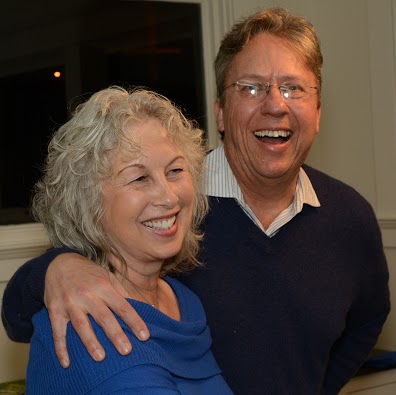 15 Responses to Both Sides Now