But generations yet unborn … by Mister Ed
10
(23 Stories) 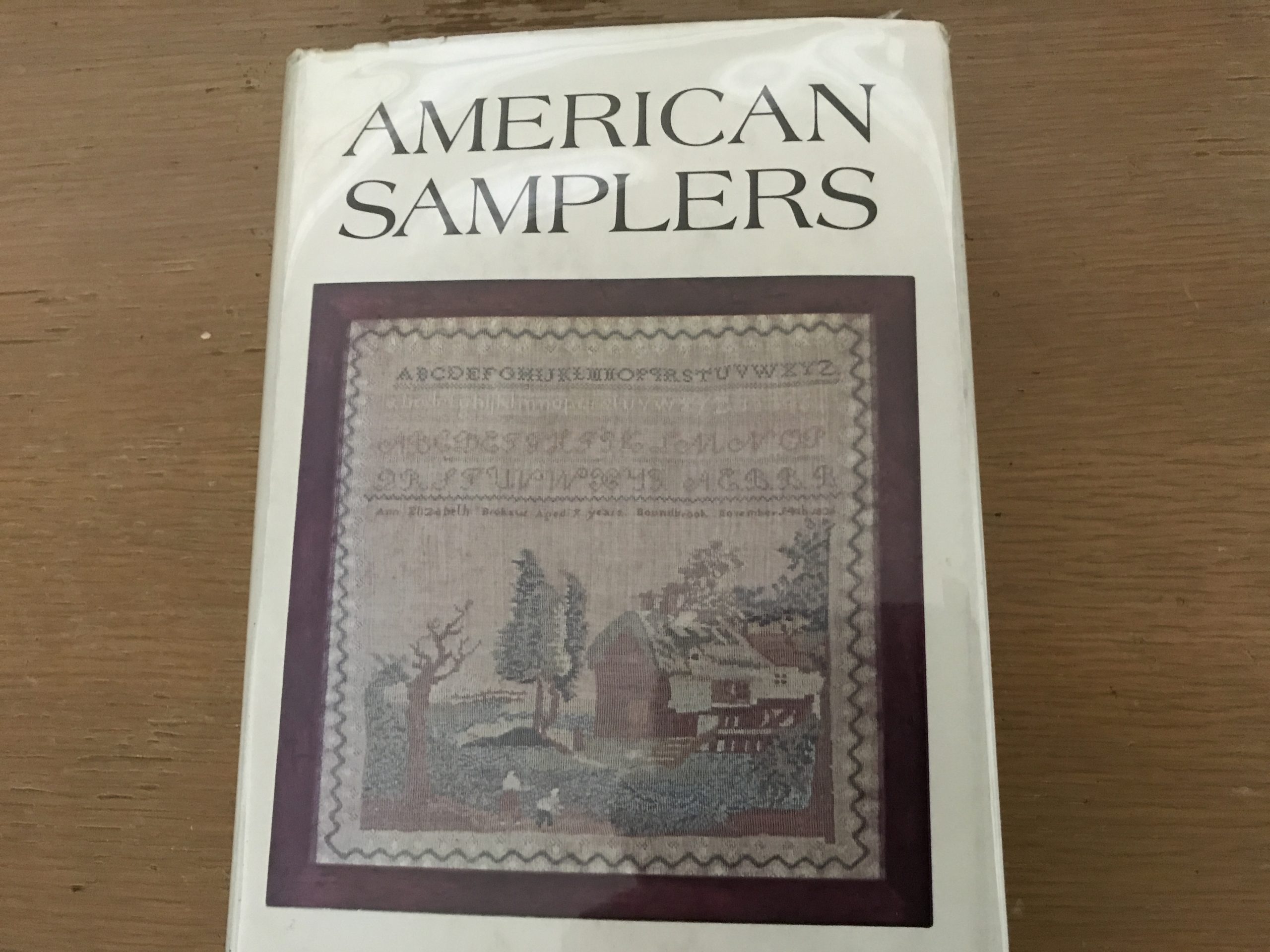 A “sampler”, loosely defined, is a piece of cloth into which is stitched, by needlepoint, a picture or some writing, or both. They have been around a long time. Shakespeare mentions one, and some exist from ancient Egypt. Samplers were very popular in colonial America until the end of the 19th Century. Indeed, I’m sure there are those who are stitching them as I write. In New England, girls were expected to make them. The oldest girl created a family record, stitching in the names of her parents, their birthplace and birthdates, and place and date of their wedding. Also listed are her siblings and their  birthdates and  places of birth. There is often an inspirational or philosophical poem as well.

The other girls also made samplers, but rather than a family record, they show various scenes, and often, for some reason, copies of the alphabet. (See the cover photograph of a book I own as the featured image.) Since (I suppose) the names of long-dead relatives are of interest primarily to their descendants, whereas bucolic or other scenes have universal appeal, collectors are less interested in a “family record” sampler.

The sampler I have is of the family record type: 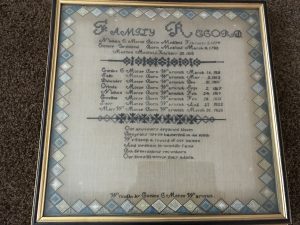 It lists the parents as Nathan Morse and Eunice Cleveland, both born in Medfield, Massachusetts in 1779 and 1783, followed by their eight children (born over a period of 15 years — five girls and three boys). It was “wrought” by daughter Eunice in Warwick, Massachusetts, and is accompanied by a poem reminding us of mortality and generations to come:

Bespeaks we’re hastening to the tomb

We’ll keep a record of our names

And meditate in worldly fame

But generations yet unborn

Our lives in virtue may adorn.

I am one of those in the fifth “generation yet unborn”.

There was a related bonus that arrived from my grandmother’s possessions — a framed handwritten list of all the names on the Sampler, with their ages at the time of its composition, and, remarkably, accompanied by a lock of hair from each family member. 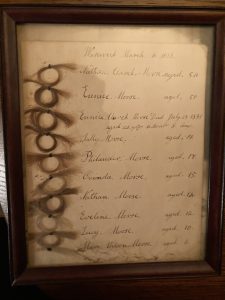 I’m descended from Sally Morse, the second-born daughter. Initially, I wondered, why is it that my family has the sampler “wrought” by Eunice Morse, instead of her descendants? The answer is written next to and under  her name: Died July 25, 1831 aged 20 years 2 months 8 days. I assume it is her sister Sally’s handwriting on this record.

What makes these special to me is more than something from  a family of ancestors I otherwise would know very little about. It allows me to get a glimpse — very small, of course — of something important to this family, their hopes, and no doubt, tragedy — and their desires, reflected in the verse, to pass it on to me and my generation.

16 Responses to But generations yet unborn …