One of the companies selling DNA testing shows an ad featuring a woman admiring a picture of Cousin George with the story that she discovered from DNA testing that she was related to George Washington. I am not tempted to have my DNA tested because distant relatives are interesting as connections you can claim or ignore for whatever reasons you choose but the DNA connection is quite minimal.

First cousins can often be almost like siblings. You share enough connections and DNA to feel like they are lifelong relationships. Beyond first cousins there are a wide range of more distantly related cousins, including second, third, … cousins; half-cousins and double cousins; cousins once, twice, thrice, … removed in either direction; and cousins-in-law of all the previous varieties. These people are connected by family ties if I care to claim them but have the advantage that I can also choose to ignore the connection if I want to. Their stories let me catch a glimpse of lives that may be very different from mine but still have some small connection to me.

This story is about those more distant cousins. I am not going to describe the exact level of cousinship because I gave up after one incident when I was college-age. My boyfriend (now husband) decided to drop by his Great Aunt’s house to introduce me to her because she was one of his more colorful and fun relatives. While we were there her half-brother (on one side)/ half first cousin (on the other side) dropped by with his wife and their four year old daughter. That means that the daughter was the same generation as his father. Try describing the label for his relationship to the little girl!

When I started first grade I thought I knew the whole cousin thing, I had two first cousins that we saw frequently Then someone told me that one of my classmates that I didn’t remember meeting before was my cousin. His family had just moved into the town. Since we both lived in close enough proximity we were in the same class throughout elementary and junior high school even as the burgeoning hick town was turning rapidly into a suburb. Besides being a friend through the stage where boys thought girls were icky and vice versa, our cousinship gave us both cred with the families that ran the small businesses in town. Having family proved we were real people and not just random newcomers dropped in from the nearest city.

In high school one of my classmates had the same last name as I did and we both were frequently asked if we were related. Since I knew that almost everyone in North America with that last name was descended from one man who landed in the Massachusetts Bay Colony in 1635 I assumed we were distant cousins and I was able to confirm that in one brief search of genealogy records. As he liked to play the irreverent class clown, I honed my reputation by being a sidekick he could count on to carry whatever ball he threw at me.

A very different cousin experience in childhood came in the form of folded blue airmail letters my mother received from her cousin in South Africa, containing news of her daughter who was close to my age and her sons who were quite a bit older. Over the years as apartheid took firmer and deeper hold, the grip seemed impossible to imagine loosening. As the younger generations approached adulthood the looming question was whether to stay or to give up on their homeland and seek to build a life elsewhere. The decision of each person varied and many scattered around the globe from Ireland to Australia. After the cousin I felt connected to moved to England, we have visited each other in both of our countries. As the situation in South Africa changed one of her daughters has returned to the land she left as a toddler. Watching the unfolding history in South Africa through a family window provided a feeling of closer connection through the worst and best points of history.

If I did have my DNA tested I am quite sure I would not find that I was related to George Washington, but I do toy with the possibilities from my great great grandmother whose maiden name was Dunham which leads thoughts to Ann Dunham and to Cousin Barack??? Paths could have crossed along the way…. 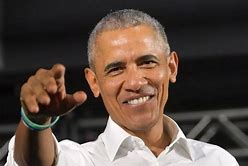 11 Responses to Cousin George or Cousin ???