“Get yourself a hat so you look like somebody!” by Dale Borman Fink
25
(30 Stories) 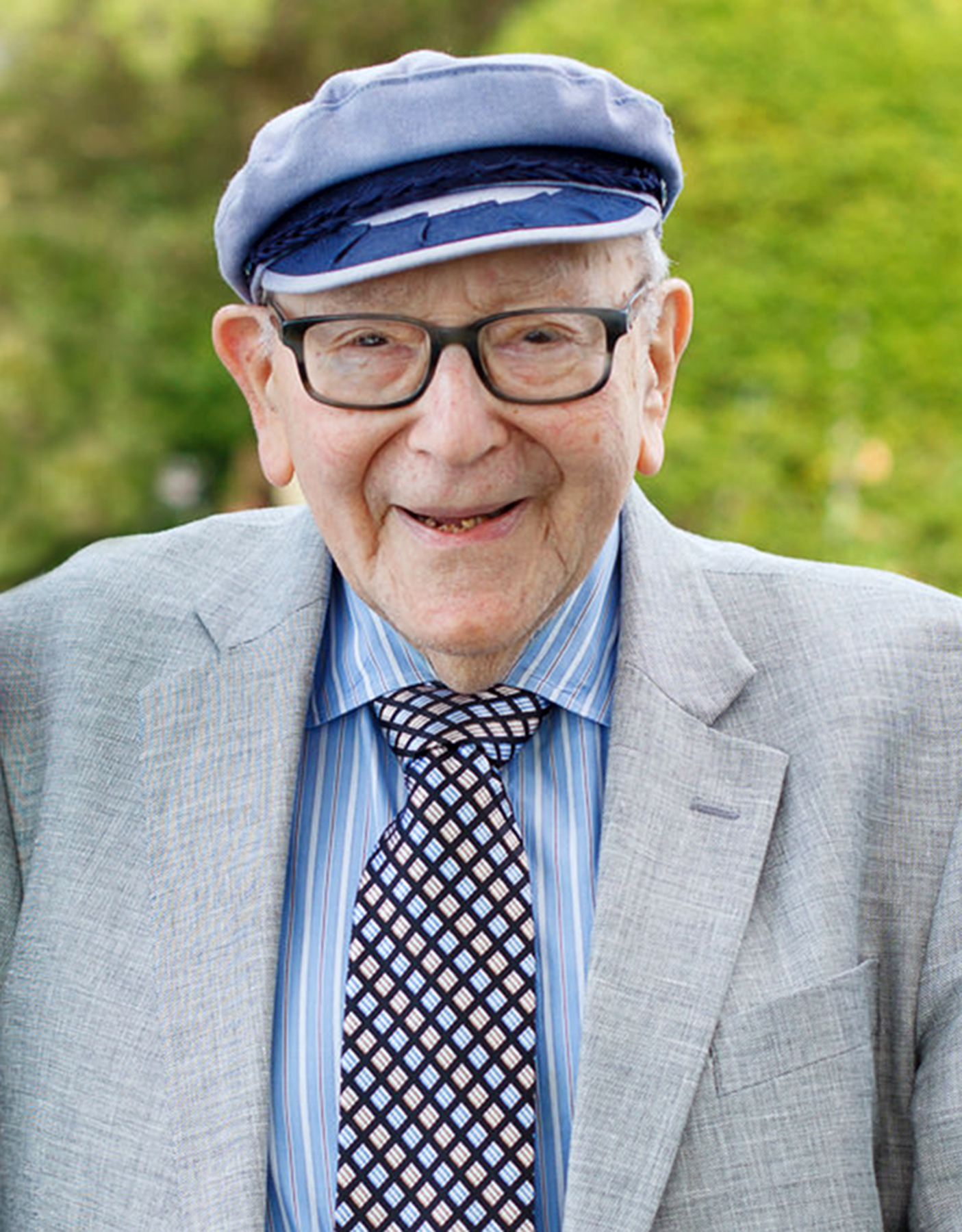 My dad’s lifelong appreciation for shoes, suits, ties, and other elements of attire stemmed from a childhood living above his parents’ shop in Newton Falls, Ohio. During his college years, he even coined the store’s slogan: “Fink’s Fashion Shop—If your clothes are not becoming to you, you should be coming to us.” The many hours he spent as a teen and young man sorting through skirts, blouses, and dresses as well as men’s wear gave him a confidence level I have seldom encountered among other men:  not only was he clear on his own preferences in clothing but he could just as easily evaluate and select outfits for women.

He traced his commitment to wearing hats to his first jury trial.

“Bea, I walked over to Ayres Department Store [or Blocks] during my lunch break,” he would frequently call and say to my mother from his downtown Indianapolis law office. “I had the sales clerk put aside a dress [or a blouse]. I think you’ll like it!  Would you want to meet me there after work and see if you agree?”  More often than not, his taste was right on target. Her meeting him downtown would also mean he didn’t have to ride the bus home from work, since we were a one-car family

But while Dad’s keen interest in clothing and accessories originated during boyhood, he traced his commitment to wearing hats to a later time period: his first jury trial. The trial took place in Greenfield, Indiana, outside of Indianapolis. To help him better navigate the legal terrain in what was then a rural backwater, he engaged the services of a local retired Judge as co-counsel.  Among other tidbits that Dad recalled in his memoir, Shopkeeper’s Son, was that 82-year-old Judge Van Duyn ordered the same lunch (and not exactly a well-balanced one!) during each of the four days of the trial: potato salad, pecan pie, and a chocolate milkshake. As for the sartorial lesson, that came after the conclusion of the trial. Here ii is in the words of my father, Irving Fink:

{Beginning of excerpt] Bea had driven me in the morning of the final day so that she could stay and hear my closing argument. This was my first jury case and for both of us a momentous occasion. The case went to the jury in the afternoon. Judge Van Duyn and I had previously decided that there was no reason for me to stay around and await the verdict. Bea and I exited the Courthouse with Van Duyn and said goodbye to him.

As we crossed the street to our car, he stepped toward us. “Young man, come here, I want to give you one bit of advice.” I dutifully re-crossed the street, worrying that he would tell me in the future not to argue with the Judge’s rulings, or diagnose what was weak about my final argument.

“You are a young man and you look young,” he declared. “Get yourself a hat so you look like somebody.” [End of excerpt]

Once was all the times Dad needed to receive that lecture. I never remember him leaving for his office hatless. The hats he wore for the next several decades were the classic styles of men’s formal wear. Although I don’t recall him referring to them by their official nomenclature, his large collection included what I can now identify (through Google Images) as exemplars of the Tryolean, the Homburg, the Panama, and the Stetson.

In later decades, even as he continued to practice law and make court appearances (and even conduct the occasional jury trial) into his 90s, he left the classic hats in the closet and much preferred various versions of the Greek fisherman’s cap, as in the featured image at the top of this narrative. 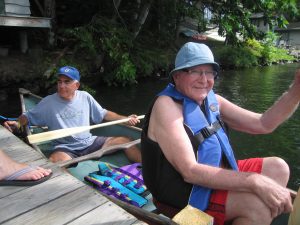 Dad and I in 2010 during a vacation in Vermont

When it came time to give my father his final farewell and celebrate his life, we found there were more than enough Greek fishermen’s caps in his closet to enable all his kids and grandkids, and spouses of kids and grandkids too, to wear them to the funeral and burial. 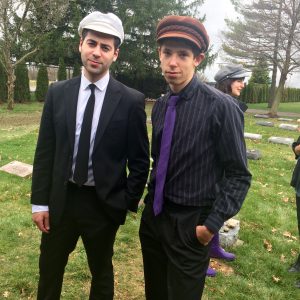 Irv’s grandsons Ben and Jacob on day of funeral 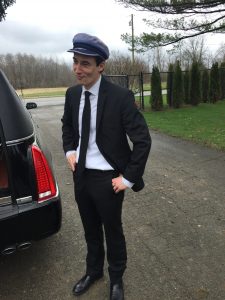 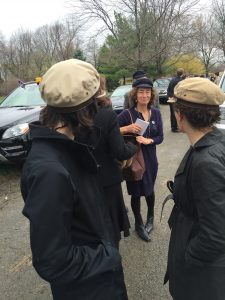 My sister Elaine with Irv’s granddaughters Lilly and Anna, on day of funeral

If his spirit had been able to rise up and comment, I can easily envision him falling back on one of his standard expressions: “I wouldn’t mind having one like that me-self!”

7 Responses to “Get yourself a hat so you look like somebody!”