Getting Out the Vote by Patricia
25
(26 Stories) 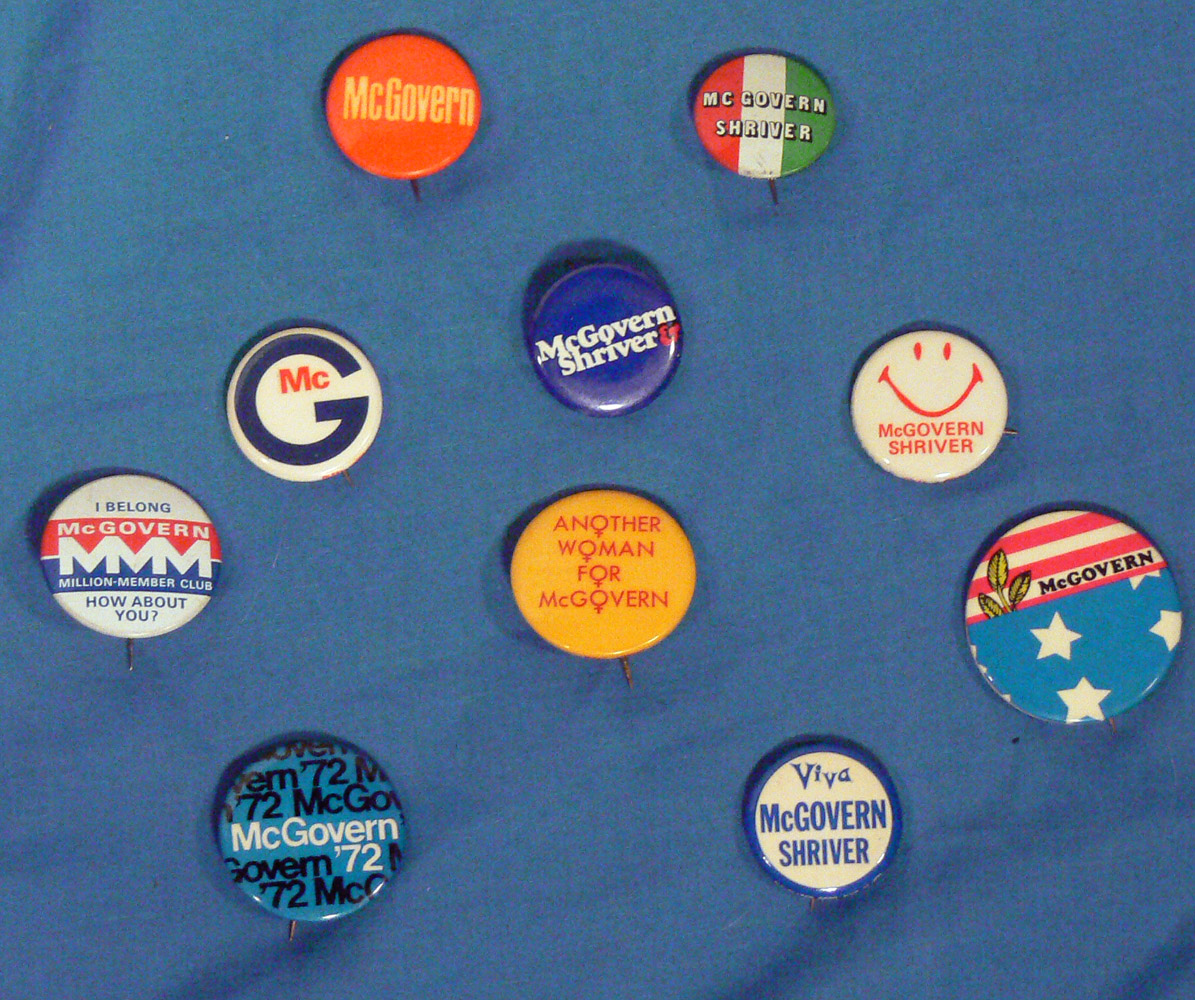 Not all of us can be political activists. I am completely in awe of incredible women like Gloria Steinem and Hillary Clinton who can keep up the fight in the face of relentless attack. I don’t have the kind of temperament to suffer fools gladly. Besides, the political process needs an army of us to reframe the debate one attitude at a time.

Was it a lark; did I do it for class credit; was it some misguided show of patriotism? I have no idea.

So I’m still scratching my head wondering how in the spring of 1972, I found myself canvassing the city of East Boston for George McGovern’s presidential primary campaign. Was it a lark; did I do it for class credit; was it some misguided show of patriotism? I have no idea. I do know that it was a total bust.

My memory of the whole thing is sketchy. They bussed us to apartment buildings, (probably projects), and we were told to knock on doors and ask the occupants if they’d voted, and if not, tell them where the polling places were and even offer to accompany them. Right. It was dinnertime. Most of the people were polite but understandably confused by these long-haired hippy kids in bell bottoms, clearly “not from around here” bugging them about voting. Many had limited English.

But mostly what I remember was the screaming kids. Lots of them. One of the things we were told to do, and I swear this is true, was offer to babysit the kids while the adults went to vote. I still remember the look on the face of the first (and probably only) person to whom I asked this. She was in the middle of cooking dinner and declined my offer. I quickly sized-up the situation—no one was going to leave their kids with complete strangers, and I was just as horrified at the thought that someone might! Seriously, what could go wrong?

I’m guessing we bailed after a very short time of this and went back to the insularity of our dorms. Our intentions were noble, but it was not a sophisticated operation.

Phone banks, however impersonal, seemed like the modern way to go. Later, we gathered in local business offices, the only places at the time that had multiple phone lines, that would allow campaigns the use of their conference rooms. It seemed like such a comparatively high tech approach. In the early days before they’d become invasive and annoying—and before Caller ID allowed them not to answer—people used to enjoy getting election calls. Nah, just kidding.

2 Responses to Getting Out the Vote