Have Guitars, Will Travel by John Zussman
50
(86 Stories)

Bud and I were best friends from first grade on and fellow musicians growing up. No, we didn’t have our own rock band; we were much too nerdy for that. We were both classical piano prodigies. We studied with the same teacher, gave joint recitals, and attended music camp, where we accompanied each other in piano concerti.

Then someone said, "You guys get up there." Bud and I looked at each other. Why the hell not?

But even nerds can figure out that classical piano is not the chosen route to popularity. So in high school, both of us took up guitar. Nothing formal, no lessons, just self-taught, but we were musical enough to be able to strum our way through folk songs like “If I Had a Hammer,” and even pick a few fancy riffs. Our voices were decent, too. Bud sang in the glee club and had leads in two school musicals, while I sang operetta and chorus at music camp.

Our families were close, and in high school we started taking ski vacations together. We went first to small resorts in Michigan, where we lived, but when we outgrew the bunny slopes we began to venture farther afield. Eventually we developed a tradition of spending Christmas vacation together, skiing in Colorado.

Bud and I went to college at different ends of Massachusetts. So in December of freshman year, we arranged to embark from different airports and meet up in Chicago, where we would connect up, fly to Denver together, and continue on to Aspen.

But fate, or at least winter weather, had different plans. We both made it to Chicago, but our flight to Denver was delayed—by hours. We were stuck at O’Hare. What to do?

Well, we both had our guitars. It seems ludicrous now—they’d never fit in the overhead racks—but in 1968, there was plenty of room on airplanes. So if you played the guitar, you brought it along. We found a free gate, sat down, unpacked our instrument cases, and started singing. 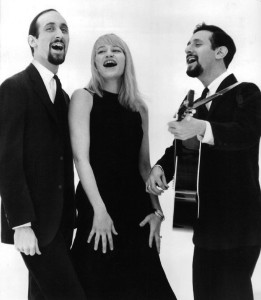 It was a blast! We had plenty of repertoire, it turned out. We were both fans of Peter, Paul, & Mary, Bob Dylan, and Simon & Garfunkel—as almost everyone was in those days. And then, as musicians do, we started working out harmonies. Although we were both baritones, Bud’s voice was a bit higher, so he ended up with most of the melody parts. That was fine with me. I would rather harmonize. With the close harmonies, it was like our own two-man doo-wop group.

People wandered by—other stranded passengers, no doubt—and listened approvingly. What else did they have to do?

Finally, our flight was called and, a few hours later, we landed in Denver. But we had missed our connection to Aspen. The airline put us up in a cheap hotel. We didn’t care. We had our guitars. We kept singing. 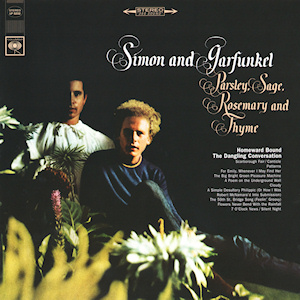 Once in Aspen, the real vacation began. Our families had adjoining condos. We’d ski all day, relax in the sauna, sing a few songs while our parents had cocktails, and then go to dinner together. The combined families were huge—three children in Bud’s family and seven in my blended one—so we’d end up at a big table. We found one particular place we liked and ended up going back. It had entertainment, a small stage in the middle of the dining room, where (what else?) a folk singer performed. He was good, it turned out. Really good. Great songs (mostly his own), a boyish grin, and engaging, funny patter. 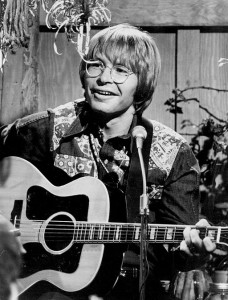 The third time we returned, it was Denver’s night off. That was disappointing. Then someone said, “You guys get up there.” Bud and I looked at each other. Why the hell not? We ran back to the condos to retrieve our guitars and took the stage.

To be honest, I don’t recall what or how much we sang that night. I’m sure we sang “Leaving on a Jet Plane,” in tribute to its absent composer. And I know we ended with our up-tempo, a cappella arrangement of Simon & Garfunkel’s “The 59th Street Bridge Song” (aka “Feelin’ Groovy”). When we released our sustained chord at the end, the diners burst into applause—and not just our family.

Bud and I kept singing for the next few years. He came to Cambridge often—seeking female companionship more than music, I have to say, because he went to an isolated men’s college—but he always brought his guitar. We performed twice at the Nameless Coffeehouse in Harvard Square, which was only a couple of years old then but is venerable now. I remember we opened our first set there not with a folk song but a show tune—”I, Don Quixote” from Man of La Mancha. (I sang Don Quixote, Bud was Sancho Panza.) We would sing anything as long as we could harmonize it.

We were paid a couple of times to sing at parties, but the money was secondary. We sang because we loved it, because our whole generation loved singing, loved those songs.

After college, our paths separated. We went to graduate schools two thousand miles apart, and our folk singing days were over. But I still loved singing and harmonizing, a passion (shared with my spouse Patti) that culminated in our singing with the San Francisco Symphony Chorus.

These days, I hate being stranded in airports. But if Bud and I hadn’t been stuck in O’Hare with our guitars on the way to Colorado in 1968, I would have missed out on a big piece of my life.

9 Responses to Have Guitars, Will Travel