Prompted By Quick Take: How Is This Still a Thing?
3 comments. 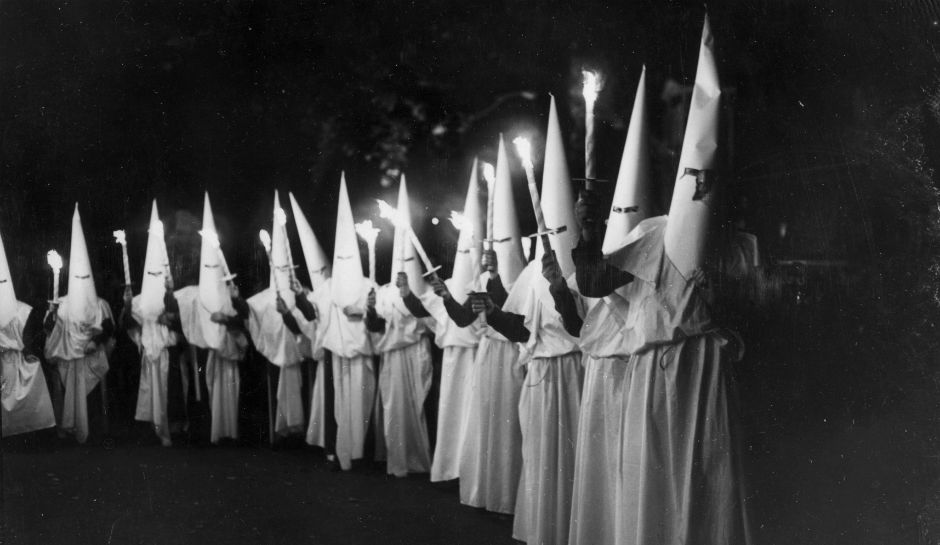 How is the Ku Klux Klan still a thing? In old movies we see those white-sheeted ridiculous-looking figures riding on horseback through the countryside, carrying fiery torches, setting the shacks of poor black people ablaze and leaving burning crosses to light up the night. But this is in the past, right? Wa-a-a-ay in the past! How can it be that they are still around and still preaching hate? How is it that former Grand Wizard David Duke is still making headlines … praising our pathetic excuse for a President? I just can’t believe that in the second decade of the 21st Century the KKK can still be something that people want to join.

And Nazis . . . how is it possible that they are still a thing? I remember learning about Hitler as a child, and reading The Diary of Anne Frank. We also learned to say “Never Again” and were promised that our society would make sure that something like that wouldn’t happen again. Not to us. And certainly not in this country! But look at what is happening now, in Charlottesville and elsewhere. It is devastating, and very frightening, to discover that Nazis are still very much a thing.

How do we get off this Highway to Hell so that we can all get along? I certainly don’t claim to have the answer, but the first step is to get rid of this evil presence in the White House and all of his hateful cronies.

3 Responses to Highway to Hell