Prompted By Quick Take: How Is This Still a Thing?
7 comments. 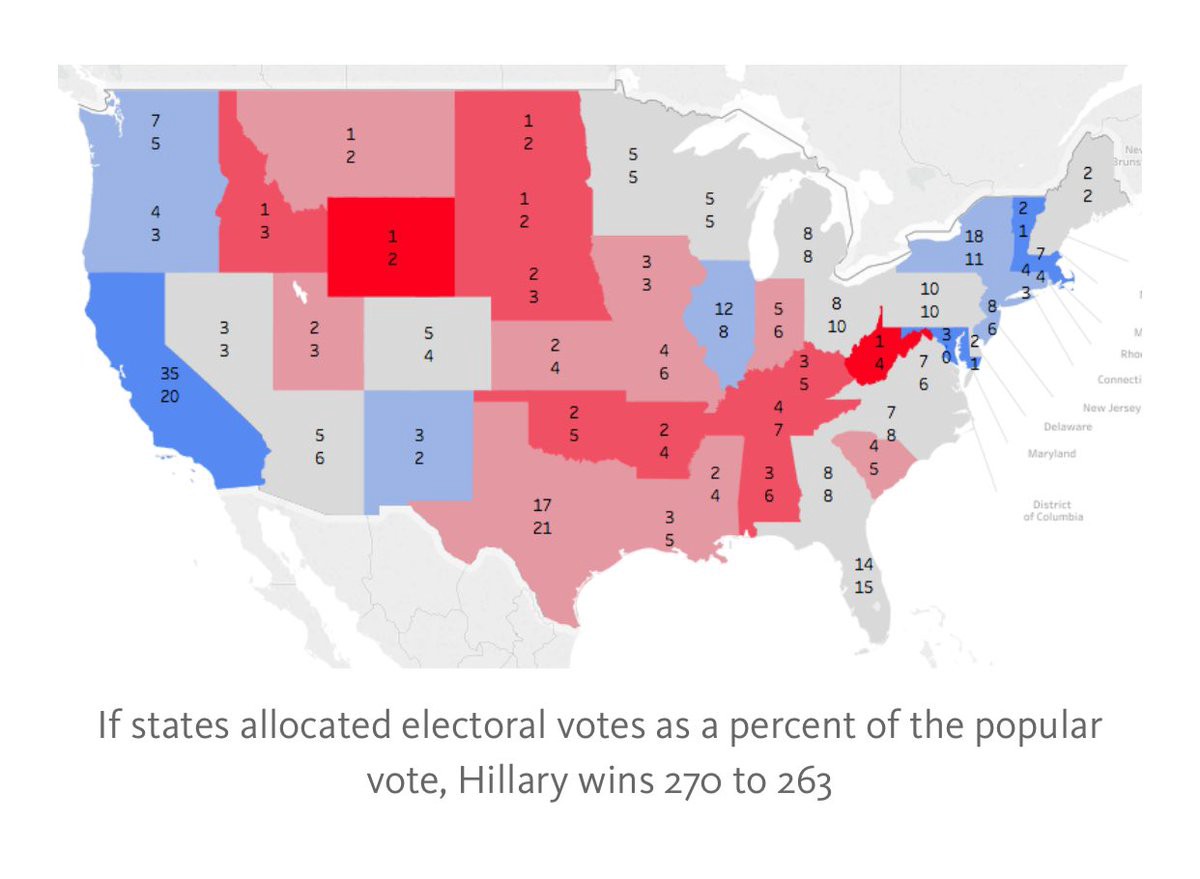 Like Betsy, I want to fix our elections, and the Electoral College seems like the right place to start. How is this still a thing?

It’s not just the outcome I’m unhappy with. It's also undemocratic.

When I first learned about the Electoral College as a fourth grader, I regarded it as a quaint, archaic, harmless anachronism, like party lines or silent movies. After all, the Electoral College outcome had differed from the popular vote only twice in America’s almost 200-year history. It hadn’t happened since 1888. Surely it would never happen again, right?

But now it’s happened twice in just the last five elections. The way our electorate is now configured, with blue voters concentrated in cities and red voters in small towns and rural areas, the Democrats are spotting the Republicans more than 2 percentage points in presidential elections. It’s going to happen again. Soon.

It’s not just the outcome I’m unhappy with. The Electoral College means that presidential elections are decided by just a handful of swing (indecisive) voters in just a handful of swing states. Campaigns can safely ignore the rest of us. In my state, California, each of our 55 electors represents over 677,000 voters, while Wyoming’s three electors each represent only 188,000. But it’s actually worse: the California outcome is predetermined, so candidates visit only to fundraise, not to campaign. In a country where everyone’s vote is supposed to be equal, some votes count way more than others. It’s undemocratic.

The Electoral College is enshrined in the Constitution, which means it would take a Constitutional amendment to overturn it—a difficult and lengthy process, although it has begun. But when you examine the issue closely, as Betsy did as well, it’s really not the Electoral College that’s the problem. Sure, it gives a heavier weight to smaller states. But the real problem is the way electors are apportioned: winner-take-all, at least in 48 states. (Two states, Maine and Nebraska, allocate electors by popular vote in each Congressional district, and apportion their additional two electors by popular vote in the state.)

Winner-take-all is not in the Constitution; states are left to apportion electors as they choose. But their methods have to meet certain federal requirements. Constitutional scholar Lawrence Lessig and Atlanta attorney Jerry L. Sims make a strong case that, in a legal challenge from affected states, winner-take-all could be ruled unconstitutional under the Equal Protection Clause.

What’s the alternative? The fairest method is proportional representation, in which a state’s electors are allocated according to the percentage of the popular vote each candidate received in that state. Under this system, smaller states still carry disproportional weight, but at least every vote counts. Candidates would now ignore whole states or voting blocs at their peril.

The map above shows the results of the 2016 election—still within the Electoral College—if proportional representation was used. So let me revise my thesis in a less catchy but more accurate way:

Winner-take-all electoral apportionment. How is this still a thing?

7 Responses to The Electoral College, Redux

Highway to Hell
by Suzy