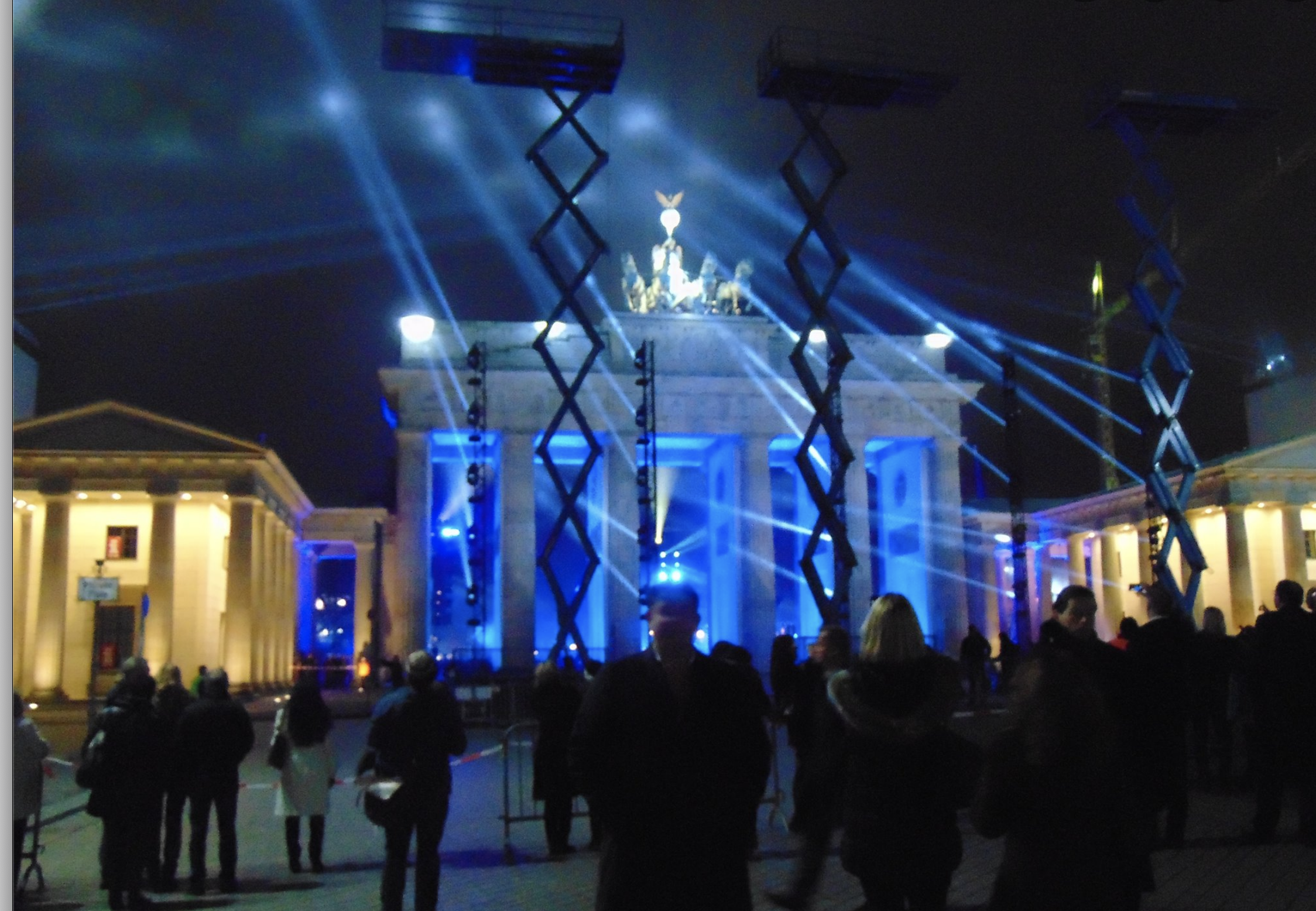 The Brandenburg Gate on the night of the 25th anniversary of the Mauerfall.

“Traveling: It leaves you speechless; then turns you into a storyteller.”

Ever since I was a kid, I always dreamed about being someplace else. All my life I’ve dealt with wanderlust, and I have spent a lot of time feeling guilty about it until I finally came to peace with it a few years back. Over the years I’ve admired friends who stayed home and built something, like George Bailey in It’s a Wonderful Life. Instead, I’ve been like George’s brother Harry who left home and family for other adventures.

Ever since I was a kid, I always dreamed about being someplace else. All my life I've dealt with wanderlust, and I have spent a lot of time feeling guilty about it.

It wasn’t that I had an unhappy home life; it was great and I felt secure in my parents’ love. And it wasn’t that we lived in a rundown shack with a leaky roof. Ours was a small middle-class home, and my sister and I each had our own bedrooms. It was fine.

Still, all this satisfaction lived alongside my wanderlust, and it was my unbounded imagination — often unleashed in the Narnia of my own bedroom — that allowed me to go places and experience adventures. They may have been virtual trips, but they were better than anything Oculus has come up with in the VR age.

Case in point: my dad’s catalogues from the Alaska Sleeping Bag Company. This was a now-defunct outdoor outfitters company that fell to the other giants of Eddie Bauer, Orvis, and L.L. Bean. But in the 60s, it was king.

Every few months, this book would arrive in our mailbox, and my dad (apparently with his own case of wanderlust)  would devour it and then turn it over to me. 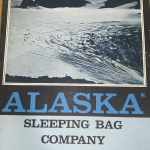 The company’s narrow name belied the fact that it featured so much more than sleeping bags. Inside were page after page of everything a hearty soul might need to live and survive an outdoor adventure in the Alaskan wilds. All manner of camping gear, clothing, survival gear, rifles, bows and arrows … the works.

What could be better than grabbing my dog Laddie, packing up all my neat gear from the Alaska Sleeping Bag Co., and heading off to the Klondike? It was the stuff my dreams were made of, and there were plenty of those dreams.

So it was that travel became my lifelong guilty pleasure.

From virtual to real

When I got my driver’s license and went to college, my virtual trips began turning into real travels. Before I graduated, I had crisscrossed the Southwest three times, from Oklahoma to California and back, either by car, plane, or bus. Route 66 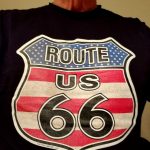 (both the old and new versions) was becoming my new best friend, and those road trips would prove to be only the precursors of countless more in the future.

That would be particularly true during my marital commuter years when I worked in L.A. and my wife Annie worked in Ohio. I got to know every wide spot in the road intimately. I considered having “Route 66” tattooed across my chest, but opted instead for a good t-shirt saying the same thing. I still toy with the idea of asking Annie to scatter my ashes out on a stretch of the Mother Road in New Mexico.

I was teaching at the University of Missouri in 1978, when I agreed to drive 11 journalism students to a Society of Professional Journalists convention in New York City in a 12-passenger van. We were all excited about rubbing shoulders with A-list journalists and hearing from the bow-tied iconoclast Charles Osgood: the man CBS called the poet-laureate of radio news.

Our expectations were all exceeded, although the road trip itself hinted at disaster more than once. It doesn’t take much imagination to realize what could go wrong with a mini-busload of 20-year-olds, especially when the spirited co-eds in the group decided to strike up flirtatious chats over the CB radio with passing truckers, some of whom we’d run into at a couple truck stops down the line.

There’s a Halloween movie in there somewhere. 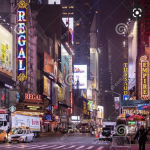 About the City itself, New York was the first of my future destinations to actually send a jolt of electricity through every fiber of my being. Rubbernecking with my students out on Broadway, late at night after an out-of-body experience called A Chorus Line, I felt my life had just begun at age 32.

If I hadn’t already become hooked on traveling, I was on this night.

The last place on earth

I was on assignment covering the one-year anniversary of the aptly named Bhopal Disaster in India, which occurred on Dec. 2, 1984 when a Union Carbide pesticide plant exploded, sending toxic fumes into the air and ultimately killing upwards to 8,000 people and injuring another half-million. I was doing a story for Nieman Reports, the Harvard-based publication for the Nieman Foundation which honors top journalists. I was asked to interview journalists around India on how that disaster was covered. Part of my journey took me into Sikh regions where violent outbreaks had occurred, and I discovered halfway through my three-week trip that the Indian government was keeping tabs on me. I never found out why, although some people I encountered thought I was with the CIA. 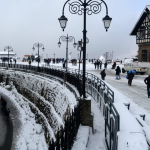 One of my stops took me on a treacherous train and bus ride into the northern mountain city of Shimla, nestled into the foothills of the Himalayas. I vividly recall thinking, as our bus driver was making harrowing hairpin turns a few thousand feet up, that this might be one trip I’d never return from. I was able to catch my breath for only a minute when our bus arrived in Shimla near midnight.

As the overhead lights went on in our packed bus, we were mobbed by a horde of hungry hands and arms lowering our windows and reaching inside for any handouts we might have. Then the driver opened the door, and we were thrust out into this throng to fend for ourselves. Fortunately, the natives were friendly and we wound up enjoying ourselves immensely over the next few days, which happened to be Christmas Week. Riding a yak up a mountain trail proved interesting, as did sharing beers with three Russian soldiers. 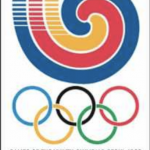 We had adopted Min through an international agency and had cleared all the hurdles necessary to go get him in South Korea and, as a bonus, our weeklong visit in Seoul coincided with the Summer Olympics that city was hosting.

Count this as a double-barreled dose of guilty pleasure.

I made the Bangkok trip alone because I was uncertain how it would play out. We weren’t working through an agency but instead were taking a calculated risk in working with a doctor who was having luck smuggling orphans out of the ravages of Cambodia to better lives in the West. This trip, and the eventual midnight handoff of Kao to me in neighboring Thailand at a place aptly named Hotel Reno, would take too long to relate here. But it was successful and a trip I will never forget.

Shortly after the publication of a 1994 book I wrote called, The Age of Multimedia and TurboNews, I received a letter from the U.S. State Department asking if I would be up for conducting a weeklong lecture tour of German universities on the book. I agreed, and soon was on my way to Frankfurt and cities beyond for my first look at Deustschland. Happily, it would not be my last, as I’ve been asked back for numerous other lecture tours there and in other parts of Europe as well.

These trips morphed into freelance reporting assignments covering the 10th, 20th, and 25th anniversaries of the Mauerfall in Berlin, which had taken place the night of Nov. 9, 1989, and covering the Syrian refugee crisis in Germany in 2015.  Altogether, there have been some 20 German trips with — hopefully — more to come. 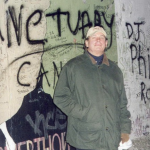 At the remains of the Berlin Wall on the 10th anniversary of the Mauerfall.

The first time I toured the Checkpoint Charlie Museum and walked across the brick-path reminder of the Berlin Wall on Friedrichstrasse, I realized all people must have the universal hunger for freedom. Hundreds of East Germans were killed over 28 years trying to cross that dividing line between the former East and West Germany. Each time I cross the street now, I realize how precious freedom is and how much I take it for granted in America.

So I often tell my students that I go to Berlin to remember and to get my freedom batteries recharged.

A few miles beyond that

It is 6,066 miles from L.A., where I was living in 2014, to Moscow. It is another 1,747 miles beyond Moscow to the city of Novosibirsk, which is in Siberia. That was my destination that winter and, in more than one way, it seemed a few miles past the last place on earth. 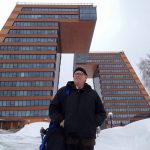 In my snow gear at the University of Novosibirsk.

I was asked to deliver a week’s worth of master lectures on American journalism at the University of Novosibirsk and later at the University of Moscow. I immediately began packing some thermal underwear and associated icebox-weather gear. Where was the Alaska Sleeping Bag Co. catalogue when I needed it? I then boarded a plane at an LAX terminal that could have read “The Ends of the Earth.”

I was eager to see if Russia measured up to the “Evil Empire” status that Ronald Reagan gave it in the 1980s. I’d always expected that was a bit of political hyperbole, and I was happy to find out I was right. Maybe I should hedge a bit by saying none of the people I encountered fit that moniker. What I did encounter was a lot of snow.

A whole lot of snow.

More importantly, in both Novosibirsk and Moscow, I found academic communities of dedicated and friendly scholars and students who were eager to see if I measured up to the “Evil Empire of the West” status that they had heard about. I also found two very good universities both eager to exchange scholars with America and to learn from each other.

Chalk Russia up as a guilty pleasure that I’m still deconstructing.

Now, as a retiree twice-over, I presume I’ll be doing mostly armchair travel from now on. I could be wrong, because the email stream between Germany and me is still active. If I’m done, though, that’s okay. Up to this moment, I realize I haven’t really had time to go back in my mind and heart to savor what all these guilty pleasures have meant to me. This essay, in fact, is a good start.

Possibly the best way to sum all this up is to relate one of my favorite thoughts about the  pleasure of travel. It comes from T.S. Eliot who said, “Only those who risk going too far can possibly find out how far one can go.”

Come to think of it, I still haven’t seen Alaska …

15 Responses to I haven’t been everywhere, but it’s on my list

Coffee and Crosswords
by Marian