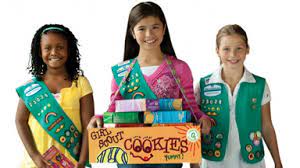 It all began when I was listening to the Indiana High School Basketball Tournament on the radio. My brother Leon and I had what I was about to call an AM radio in our room, on a shelf above his bed, but this was 1963, so we just called it a radio. Leon was much more adept at generating a social life than I was, so he probably had other things to do that Saturday. Meanwhile, I was psyched just to stay in our room and tune the radio to a station that would broadcast the play-by-play for an endless series of basketball games, because this was Sectional weekend.

With Louie Dampier's basketball prowess setting the stage, I learned just how delicious it could be to eat Thin Mints and Trefoils while listening to or watching tournament basketball.

Indiana has always been known as a “basketball state,” and this was in part due to the high level of attention that the adults and the media directed to our fabled high school tournament, in which every team, no matter how large or small their school, competed in one unified tournament for one single crown. No Divisions I, II, or III.  Everybody was gunning for the same goal: winning it all at Butler Fieldhouse on the north side of Indianapolis (later to be renamed as Hinkle Fieldhouse, but for that they had to wait for coach Tony Hinkle to retire).

This was the tournament that had led to the “Milan Miracle” less than 10 years earlier– which in turn would form the basis for the fictionalized movie, “Hoosiers,”–when a tiny high school from rural southern Indiana, drawing its team from an impossibly small pool of boys–had outplayed all the teams from bigger schools. In that same era, the segregated, all-black high school in Indianapolis, Crispus Attucks, led by Oscar Robertson, had won the state championship twice. 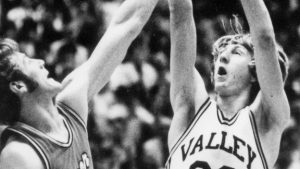 There were 64 sectionals that held competitions among local high schools over the course of a weekend. The 64 sectional winners played the following weekend in 16 regional tournaments. The “sweet 16” that emerged from the regionals played the following weekend at four locations. That would result in four winning teams to compete at Butler Fieldhouse for the championship weekend. 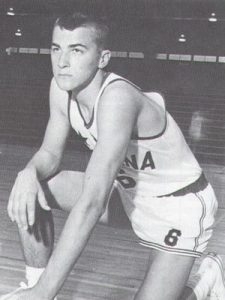 Listening to the radio as I relaxed on my bed, I soon heard a name and figured out that this was the guy to watch in our local Sectional. Louie Dampier of Southport High, near my hometown of Indianapolis, was only six feet tall but he was taking over the court. It was thrilling to hear about his moves, even without any visual images. No one dreamed as he dribbled the ball in those packed and tension-filled high school gymnasiums that this 18-year-old would be inducted in 2015 into the Basketball Hall of Fame in Springfield, Massachusetts.  We didn’t even know he would become a starter the very next year at the University of Kentucky under the legendary Adolf Rupp. Or that he would turn pro after graduating and play nine successful seasons for the Kentucky Colonels in the American Basketball Association—becoming the highest all-time point-scorer in that league–followed by a few more seasons with the San Antonio Spurs in the NBA. What was much more immediate was that Louie would set a single-game record that weekend by scoring 40 points in one game during the Sectionals.

But for me, Louie Dampier made a more important contribution that superseded all these others and that continues to affect my life.  With his basketball prowess setting the stage, I learned just how delicious it could be to eat Thin Mints and Trefoils while listening to or watching tournament basketball.  When I say, “that’s when it all began,” it is the wonderful fusion of those two pleasures to which I am referring.

How I came to possess my own boxes of Girl Scout cookies, as I Iay on my twin bed, listening intently to the play-by-play, I don’t even know.  The act of bringing any food or beverage to my bedroom was so unusual that I cannot conjure up a picture of myself eating or drinking anything else in my room, at any other time, ever. Moreover, aside from the Halloween candy I would bring home after a tough night of trick-or-treating, it was a rarity to have “my own” of anything edible in the house. There were two younger siblings as well as my older brother. (My other sibling wouldn’t be born until 1965). It would not have been my style to grab a box (or two) of cookies from the kitchen and commandeer them as my own. But there I was—I can remember it clearly—with a box of Thin Mints and a box of Trefoils, listening to Louie Dampier and his Southport team dominate one team and then another, all the while experimenting with different lengths of time to allow a cookie to soften on my tongue before scarfing it down. Perhaps Mom had bought numerous boxes, in an effort to make some local members of Brownie troops happy? In which case, she may have said, “here, take some to your room,” if she knew I was hanging out there listening to games for hours. Although it would have been more typical of her to get me out of my room and into the outdoors for some fresh air. 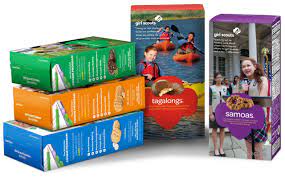 Neither the cookies nor the basketball tournament commanded my attention that much in the years right after that—or even for the next few decades.  I had many other activities, I am happy to report, that took precedence during my weekends in the few remaining years that I was still at home in Indianapolis, over lying on my bed listening to the tournament. That situation was magnified further when I went away to college, and then off into the working world and eventually into my first marriage.

In the 1990s, I found myself back in the Midwest, back in school to earn a Ph.D., and single, Within my social environment, filling out brackets for March Madness reigned. In an office where I worked on a research project, there was a secretary who would go around and collect everyone’s brackets—on paper, not digital. And she would tape them up in the corridor and then use a highlighting pen to mark each of your winning teams at each stage of the action.  And then I noticed that there were girls around at selected locations, in green or brown uniforms, selling cookies. And the happy images from 1963 swam back to the surface of my consciousness. And I just had to get some cookies and watch the games. And it turned out the cookies tasted just as good watching the games on TV as they did when I listened on the radio. The GSA had added some new types of cookies, but Trefoils and Thin Mints were still the best for watching hoops. And they still tasted best of all when you allowed them to soften on your tongue. If a guy was on the free-throw line for two shots, it was best to keep the cookie on your tongue for the entire sequence.

As I completed my graduate program, re-entered the world of full-time employment, remarried, and became a parent tor the first time, I didn’t shunt aside either my devotion to the basketball tournament nor to the cookies, as I had once earlier in life. Instead, I held on to this important source of pleasure. I have now passed this ritual on to my son, who is presently a collegian. We have abandoned the paper brackets and the highlighting pens, in favor of the digital brackets. But we still cherish the cookies as an accompaniment to the play-by-play. The peak of satisfaction were the two years in a row (2010 and 2011) when the Butler University Bulldogs made it all the way to the Final Four. Seeing them in the Finals was like merging the excitement of the Indiana high school tournament and the Division I college men’s competition.

I missed out on this guilty pleasure in 2020 as the pandemic surged and the NCAA cancelled March Madness. The tournament resumed in 2021, but cookie distribution was compromised by the coronavirus and I missed out.  This year, thanks to a local Brownie troop leader posting on Facebook, I was able to make my clandestine (not really!) purchase.  I’ve got my stash. I’ve got the times blocked out on my calendar. I’ve got my memories of lounging and listening to the exploits of Louie Dampier. I’m ready.

2 Responses to Of Fast Breaks and Thin Mints

Coffee and Crosswords
by Marian